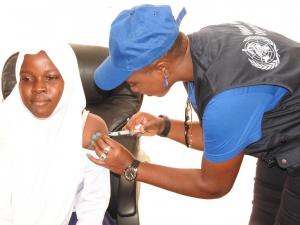 Dar es Salaam, 10 April 2018: Today, Tanzania achieved a historical milestone to roll out a Human Papilloma Virus (HPV) vaccine against cancer of the cervix, the second most common cancer in women worldwide. Globally, the East African region is the leading burden carrier of cervical cancer. Tanzania is among the five countries with the highest rates in Africa.

The national launch of the HPV vaccine was officiated by the Vice President of the United Republic of Tanzania, Mama Samia Suluhu Hassan and witnessed by the Regional Commissioner for Dar es Salaam, Hon. Paul Makonda; the Minister for Health, Hon. Ummy Mwalimu; Country Representatives of WHO and UNICEF; Officials from the Ministry of Health; PORALG; WHO; UNICEF; JSI/MCSP-USAID; CHAI, PATH, health care workers, community members and the media.

In his welcome address, the Regional Commissioner for Dar es Salaam thanked the Government for hosting the launch within the Temeke community surroundings. This is one of the most populous districts in Dar-es-Salaam; and therefore the launch contributes to raising awareness on the new vaccine and provides an opportunity for the community to participate in ensuring eligible girls are vaccinated and protected against cervical cancer.

Messages from the guest speakers echoed the great progress made in vaccine preventable diseases including sustaining high vaccination coverage and introduction of three vaccines namely Pneumococcal Conjugate Vaccine (PCV), Rotavirus and Measles Rubella (MR) vaccine into the routine immunization system in the country. Speakers commended the government for its decision to embark on being part of the solution to save lives by introducing the HPV vaccine. The speeches also applauded the strong political commitment and leadership by the Ministry of Health and the President’s Office for Regional Administration and Local Government (PORALG), region and district authorities, and efforts by health workers and communities for the success in immunization. The government was repeatedly assured of continued collaboration and support in making sure the achievements are increased and sustained.

The Minister for Health, Community Development Gender, Elderly and Children (MOHCDGEC), Hon. Ummy Mwalimu in her speech reiterated the benefits of vaccines in saving lives of many children citing the significant drop in childhood morbidity and mortality due to vaccine preventable deaths over the years. She further stressed on the need to sustain successes of the current immunization programme and intensify efforts in strengthening immunization services including cold chain monitoring and surveillance.

The Vice President of the United Republic of Tanzania, Samia Suluhu Hassan, as the guest of honor affirmed the government’s commitment to ensure the vaccination target of 616,734 girls is reached and urged parents and guardians not to miss out on the ‘great opportunity’ of having their children immunized. She reassured the public that the vaccine is safe and approved by the government and WHO; and will be provided free of charge at all health facilities. The Vice President emphasized on the importance of screening for early detection of cervical cancer which can be treated. She concluded her remarks by thanking GAVI, WHO, UNICEF, CHAI, JSI and PATH for supporting the government in strengthening the immunization services.

On behalf of Dr. Adiele Onyeze, WR Tanzania, Dr. Ritha Njau commended the government’s decision to introduce HPV vaccine in the country aimed at reducing mortality and morbidity caused by the cervical cancer.  She congratulated the Government of Tanzania for making a high-level decision and commitment towards reduction of preventable childhood illnesses and deaths. “Today’s launching ceremony is an important milestone in the history of Tanzania to join the fight along with other countries in the world to prevent mortality and morbidity due to cervical cancer. To achieve the full benefit of HPV vaccine; it must be given to all targeted children regardless of where they live or how hard they are to reach”, she emphasized.

“Girls aged 14 years of age will be the first beneficiaries of this vaccine in 2018 as we prepare to extend the vaccination to the rest of the girls. This requires new routine delivery services and a good social mobilization strategy in order to get the girls to return for their second dose”, she added. Dr. Njau concluded by assuring UN agencies’ continued support towards implementation of immunization services in the country.

Other activities conducted during the occasion were traditional dances, and live band music and immunization services.

The World Health Organization (WHO) recommends the use of HPV vaccine as the most cost-effective public health measure against cervical cancer, as part of a comprehensive cervical cancer control strategy. 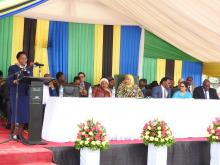 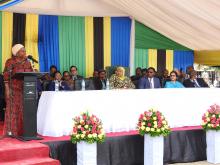 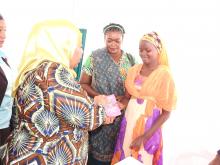 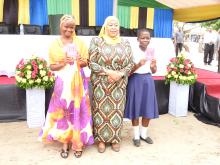 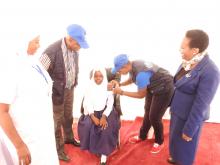 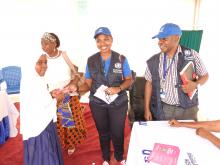