Proper triage, rehydration and isolation of patients key to bring cholera outbreak in Tanzania under control 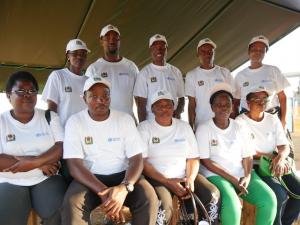 Proper triage, rehydration and isolation of patients key to bring cholera outbreak in Tanzania under control

Kigoma, 1 June 2015 – The number of suspected cholera cases has been dropping dramatically over the past few days, underlining the tremendous progress being made to bring the ongoing cholera outbreak under control in the Kigoma region, Tanzania. Rehydrating cholera patients, as well as isolating them, have been key to the progress made to date.

“One of the key successes in the response to this cholera outbreak has been to put proper triage in place, isolate the patients, rehydrate them and ensure adequate infection, prevention and control measures are adhered to,” says Dr Nassoro Ally Matuzya, the national rapid response team leader for WHO Tanzania.

Due to unrest in neighbouring Burundi, thousands of Burundians sought refuge in Tanzania’s Kigoma region. Kagunga village, along the Tanzanian-Burundian border and the entry point for the majority of them, has seen the highest number of arrivals. The sudden influx of people, combined with overcrowding and poor sanitation became the main source of infection. As of 28 May 2015, a total of 4487 suspected cholera cases have been reported so far.

Responding to a cholera outbreak of this magnitude requires having enough healthcare workers in place to quickly treat the influx of patients. The lack of properly trained and skilled health personnel has been one of the major challenges in the response.

Dr Kiza Kiseka, acting Regional Medical Officer for Kigoma Region, says WHO responded to a Ministry of Health request to help deploy a team of 12 government healthcare workers, including medical doctors, nurses, a lab technician and a pharmacist. “They were quickly deployed to work in the Lake Tanganyika Stadium and Kagunga cholera treatment centres, two of  such centres that had been set up to respond to the current cholera outbreak,” Dr Kiseka says.

WHO is supporting Tanzania’s Ministry of Health in its efforts to coordinate the health sector response and to respond to the health needs of the asylum seekers and local populations in and around the Kigoma region. Other key stakeholders in the response include UNHCR, United Nations Children's Fund, United Nations Population Fund, International Rescue Committee, Red Cross, Médecins Sans Frontières, Tanzania Water and Environmental Sanitation, CARITAS, Plan International, and World Food Programme. 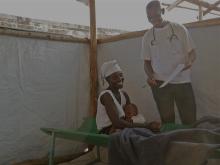 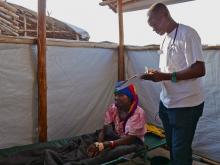 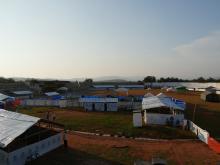 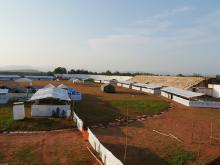 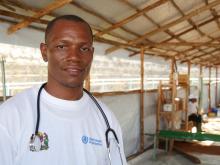