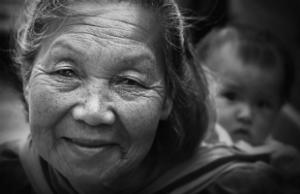 Fully 60% of respondents in the "World Values Survey" analysed by WHO reported that older people are not respected. More than 83 000 people in 57 countries took part in the survey which assessed attitudes to older people across all age groups.* The lowest levels of respect were reported in high income countries.

"This analysis confirms that ageism is extremely common. Yet most people are completely unaware of the subconscious stereotypes they hold about older people," said John Beard, WHO Director of Ageing and Life Course. "Like sexism and racism, changing social norms is possible. It is time to stop defining people by their age. It will result in more prosperous, equitable and healthier societies."

Negative attitudes about ageing and older people also have significant consequences for the physical and mental health of older adults. Older people who feel they are a burden perceive their lives to be less valuable, putting them at risk of depression and social isolation. Recently published research shows that older people who hold negative views about their own ageing, do not recover as well from disability and live on average 7.5 years less than people with positive attitudes.

By 2025 the number of people aged 60 and over will double, and by 2050 will reach 2 billion globally, with the vast majority of older people living in low and middle income countries.

"Society will benefit from this ageing population if we all age more healthily," said Alana Officer, WHO Coordinator of Ageing and Life Course. "But to do that, we must stamp out ageist prejudices."

Ms Officer added, "Ageism can take many forms. These include depicting older people as frail, dependent, and out of touch in the media, or through discriminatory practices such as health-care rationing by age, or institutional policies such as mandatory retirement at a certain age."

Age limits applied to policies such as retirement age for example, do not recognize the range of capacities of the older person – and assume that all older persons are the same. This deeply entrenched institutionalised ageism may be used to discriminate against older adults when allocating health resources or when collecting data that influence health policies.

In May 2016 the World Health Assembly called on the Director-General to develop a global campaign to combat ageism, and implement the WHO Global Strategy and Action Plan on Ageing and Health.

The International Day of Older Persons, celebrated on 1 October, highlights the important contributions that older people make to society and raises awareness of the issues and challenges of ageing in today’s world. The theme for 2016, Take a Stand Against Ageism, urges everyone to consider ageism and the detrimental impact it has on older people.

* In an earlier version of this new release, dated 29 September 2016, "World Values Survey" is referred as a study conducted by WHO. However, WHO only analysed the survey and has no relationship with it.