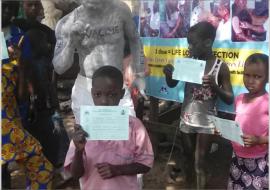 Abuja, 28 February 2020 – Determined to protect the country against an outbreak of Yellow fever, the Government of Nigeria with support of the World Health Orga 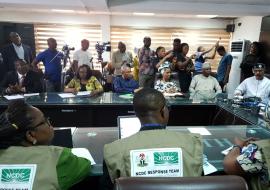 WHO reaffirms commitment to support Nigeria in response to COVID19

Abuja, 28 February, 2020 - Following the confirmation of the COVID19 (novel Corona Virus) case in Nigeria, the Federal Ministry of Health (FMoH) has reassured t 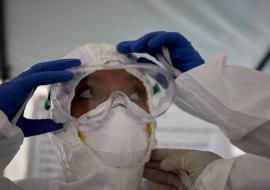 Dr Temidayo Fawole may have been at the WHO Regional Office for Africa in Brazzaville this week to attend training on the management and treatment of COVID-19 patients, but home – Nigeria – was never far from her thoughts.
Read more » 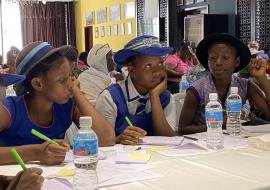 Sierra Leone has commenced the process of developing a National School Health Policy and Strategy to create a safe, healthy school environment for learning with the aim to improve social inclusion and sustainable human capital development. The process is being coordinated by an interministerial core group led by the Ministry of Health and Sanitation. The World Health Organization in collaboration with other United Nations agencies are providing strategic technical assistance to the government for the development of these national documents with funding from the British Government through DFID.
Read more » 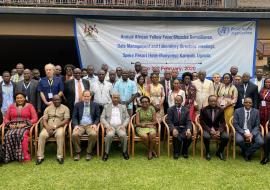 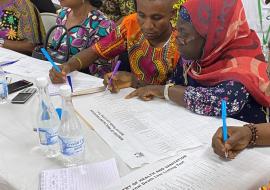 Maternal mortality remains a major concern in Sierra Leone. Recent statistics show that maternal mortality accounts for 36 percent of all deaths among women age 15-49 in the country. This makes Sierra Leone one of the countries in the world with the highest life-time risk of women dying at pregnancy or childbirth.
Read more » 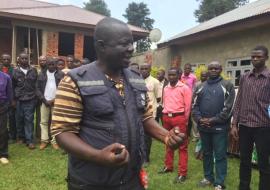 Guinean anthropologist, David Niabalamou is so passionate about his job engaging with communities affected by Ebola that he’s learned two new languages in twelve months, earning him the affectionate nickname, David the Local, from colleagues. Having worked on the Ebola response in his native Guinea from 2014 to 2016, Niabalamou was keenly aware that language is key to earning people’s trust.
Read more » 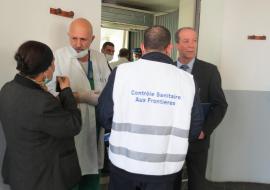 A second COVID-19 case is confirmed in Africa

The Ministry of Health, Population and Hospital Reform of Algeria has reported the country’s first case of COVID-19. Health authorities report that tests indicate that an Italian adult, who arrived in the country on 17 February 2020 has tested positive for coronavirus disease.
Read more »