There are four classifications of female genital mutilation. Types I, II and III have been documented in 28 countries in Africa. Approximately 85% of women experience Types I and II.

Long-term consequences can include chronic pain, infections, decreased sexual enjoyment, infertility and psychological consequences, such as post-traumatic stress disorder. It also signiﬁcantly increases the risks of adverse childbirth complications such as low birth weight, still birth, caesarean section and post-partum haemorrhage. It is estimated that an additional 1 to 2 babies per 100 deliveries die as a result of female genital mutilation.

The most recent prevalence data indicates 91.5 million girls and women are currently living with the consequences of female genital mutilation and an additional 3 million girls are at risk every year.

Female genital mutilation (FGM) comprises all procedures that involve partial or total removal of the external female genitalia, or other injury to the female genital organs for non-medical reasons.

The practice is mostly carried out by traditional circumcisers, who often play other central roles in communities, such as attending childbirths. In many settings, health care providers perform FGM due to the erroneous belief that the procedure is safer when medicalized1. WHO strongly urges health professionals not to perform such procedures.

FGM is recognized internationally as a violation of the human rights of girls and women. It reflects deep-rooted inequality between the sexes, and constitutes an extreme form of discrimination against women. It is nearly always carried out on minors and is a violation of the rights of children. The practice also violates a person's rights to health, security and physical integrity, the right to be free from torture and cruel, inhuman or degrading treatment, and the right to life when the procedure results in death.

Deinfibulation refers to the practice of cutting open the sealed vaginal opening in a woman who has been infibulated, which is often necessary for improving health and well-being as well as to allow intercourse or to facilitate childbirth.

No health benefits, only harm

FGM has no health benefits, and it harms girls and women in many ways. It involves removing and damaging healthy and normal female genital tissue, and interferes with the natural functions of girls' and women's bodies. Generally speaking, risks increase with increasing severity of the procedure.

Immediate complications can include:

Long-term consequences can include:

Procedures are mostly carried out on young girls sometime between infancy and adolescence, and occasionally on adult women. More than 3 million girls are estimated to be at risk for FGM annually.

More than 200 million girls and women alive today have been cut in 30 countries in Africa, the Middle East and Asia where FGM is concentrated 1.

The practice is most common in the western, eastern, and north-eastern regions of Africa, in some countries the Middle East and Asia, as well as among migrants from these areas. FGM is therefore a global concern.

The reasons why female genital mutilations are performed vary from one region to another as well as over time, and include a mix of sociocultural factors within families and communities. The most commonly cited reasons are:

Since 1997, great efforts have been made to counteract FGM, through research, work within communities, and changes in public policy. Progress at international, national and sub-national levels includes:

Research shows that, if practicing communities themselves decide to abandon FGM, the practice can be eliminated very rapidly.

In 2007, UNFPA and UNICEF initiated the Joint Programme on Female Genital Mutilation/Cutting to accelerate the abandonment of the practice.

In 2008, WHO together with 9 other United Nations partners, issued a statement on the elimination of FGM to support increased advocacy for its abandonment, called: “Eliminating female genital mutilation: an interagency statement”. This statement provided evidence collected over the previous decade about the practice of FGM.

In 2010, WHO published a "Global strategy to stop health care providers from performing female genital mutilation" in collaboration with other key UN agencies and international organizations.

In December 2012, the UN General Assembly adopted a resolution on the elimination of female genital mutilation.

Building on a previous report from 2013, in 2016 UNICEF launched an updated report documenting the prevalence of FGM in 30 countries, as well as beliefs, attitudes, trends, and programmatic and policy responses to the practice globally.

In May 2016, WHO in collaboration with the UNFPA-UNICEF joint programme on FGM launched the first evidence-based guidelines on the management of health complications from FGM. The guidelines were developed based on a systematic review of the best available evidence on health interventions for women living with FGM.

To ensure the effective implementation of the guidelines, WHO is developing tools for front-line health-care workers to improve knowledge, attitudes, and skills of health care providers in preventing and managing the complications of FGM.

In 2008, the World Health Assembly passed resolution WHA61.16 on the elimination of FGM, emphasizing the need for concerted action in all sectors - health, education, finance, justice and women's affairs.

WHO efforts to eliminate female genital mutilation focus on:

Female genital mutilation has no known health benefits. On the contrary, it is known to be harmful to girls and women in many ways. First and foremost, it is painful and traumatic. The removal of or damage to healthy, normal genital tissue interferes with the natural functioning of the body and can cause several immediate and long-term health consequences. For example, FGM can cause excessive bleeding, swelling of genital tissue and problems urinating, and severe infections that can lead to shock and in some cases, death, as well as complications in childbirth and increased risk of perinatal deaths.

Communities that practice female genital mutilation report a variety of sociocultural reasons for continuing with it. Seen from a human rights perspective, the practice reflects deep-rooted inequality between the sexes, and constitutes an extreme form of discrimination against women.

Female genital mutilation is nearly always carried out on minors and is therefore a violation of the rights of the child. The practice also violates the rights to health, security and physical integrity of the person, the right to be free from torture and cruel, inhuman or degrading treatment, and the right to life when the procedure results in death.

Female genital mutilation comprises all procedures involving partial or total removal of the external female genitalia or other injury to the female genital organs for non-medical reasons (WHO, UNICEF, UNFPA, 1997).

The WHO/UNICEF/UNFPA Joint Statement classified female genital mutilation into four types. Experience with using this classification over the past decade has revealed the need to sub-divide these categories to capture more closely the variety of procedures.

Although the extent of genital tissue cutting generally increases from Type I to III, there are exceptions. Severity and risk are closely related to the anatomical extent of the cutting, including both the type of FGM performed and the amount of tissue that is cut, which may vary between the types.

Type IV comprises a variety of practices that do not involve removal of tissue from the genitals. Though limited research has been carried out on Type IV FGM, in general, these forms appear to be less associated with harm or risk than the types I, II and III, that all involve removal of genital tissue.

The complete typology with sub-divisions is described below:

END_OF_DOCUMENT_TOKEN_TO_BE_REPLACED 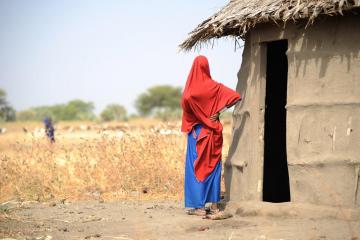 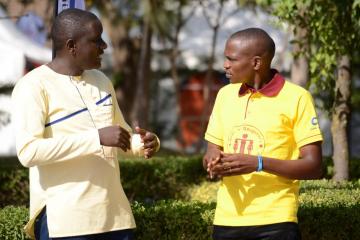 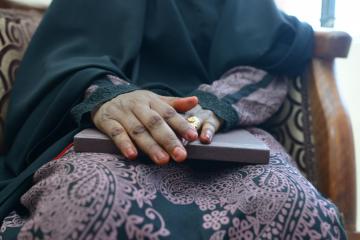