Leishmaniasis is caused by protozoan parasites belonging to the genus Leishmania. The parasites are transmitted by the bite of a tiny – only 2 to 3 mm long – insect vector called the phlebotomine sandfly. There are some 500 known phlebotomine species, but only about 30 have been found to transmit leishmaniasis. Only the female sandfly transmits the parasites.

Leishmaniasis threatens about 350 million men, women and children in 88 countries around the world. As many as 12 million people are believed to be currently infected, with about 1 to 2 million estimated new cases occurring every year.

Leishmaniasis is caused by a protozoa parasite from over 20 Leishmania species and is transmitted to humans by the bite of infected female phlebotomine sandflies. Over 90 sandfly species are known to transmit Leishmania parasites. There are 3 main forms of the disease:

Leishmania parasites are transmitted through the bites of infected female phlebotomine sandflies. The epidemiology of leishmaniasis depends on the characteristics of the parasite species, the local ecological characteristics of the transmission sites, current and past exposure of the human population to the parasite, and human behaviour. Some 70 animal species, including humans, have been found as natural reservoir hosts of Leishmania parasites.

In the Mediterranean basin, visceral leishmaniasis is the main form of the disease. It occurs in rural areas, villages in mountainous regions, and also some periurban areas where Leishmania parasites live mainly on dogs.

In South-East Asia, visceral leishmaniasis is the main form of the disease. Transmission generally occurs in rural areas with a heavy annual rainfall, a mean humidity above 70%, a temperature range of 15–38 °C, abundant vegetation, subsoil water and alluvial soil. The disease is most common in agricultural villages where houses are frequently constructed with mud walls and earthen floors, and cattle and other livestock live close to humans. People are considered to be the sole reservoir of the Leishmania parasites in this region.

In East Africa, there are frequent outbreaks of visceral leishmaniasis in the northern acacia–balanite savanna and the southern savanna and forest areas where sandflies live around termite mounds. Humans are considered the main reservoir of the Leishmania parasites causing visceral leishmaniasis in this part of Africa. Cutaneous leishmaniasis occurs in the highlands of Ethiopia and other places in East Africa, where increased human–fly contact occurs in villages built on rock hills or river banks, which are the natural habitat of hyraxes.

Visceral leishmaniasis in the Americas is very similar to that found in the Mediterranean basin. The habit of keeping dogs and other domestic animals inside the house is thought to promote human infection. The epidemiology of cutaneous leishmaniasis in the Americas is very complex, with variations in transmission cycles, reservoir hosts, sandfly vectors, clinical manifestations and response to therapy, and multiple circulating Leishmania species in the same geographical area.

Post-kala-azar dermal leishmaniasis (PKDL) is a sequel of visceral leishmaniasis that appears as macular, papular or nodular rash usually on face, upper arms, trunks and other parts of the body. It occurs mainly in East Africa and on the Indian subcontinent, where 5–10% of patients with kala-azar develop the condition. It usually appears 6 months to 1 or more years after kala-azar has apparently been cured, but can occur earlier. People with PKDL are considered to be a potential source of kala-azar infection.

Leishmania-HIV coinfected people have high chance of developing the full-blown clinical disease, and high relapse and mortality rates. Antiretroviral treatment reduces the development of the disease, delays relapses and increases the survival of the coinfected patients. High Leishmania-HIV coinfection rates are reported from Brazil, Ethiopia and the state of Bihar in India.

Socioeconomic conditions
Poverty increases the risk for leishmaniasis. Poor housing and domestic sanitary conditions (such as a lack of waste management or open sewerage) may increase sandfly breeding and resting sites, as well as their access to humans. Sandflies are attracted to crowded housing as these provide a good source of blood-meals. Human behaviour, such as sleeping outside or on the ground, may increase risk. The use of insecticide-treated bednets reduces risk.

Malnutrition
Diets lacking protein-energy, iron, vitamin A and zinc increase the risk that an infection will progress to kala-azar.

Population mobility
Epidemics of both cutaneous and visceral leishmaniasis are often associated with migration and the movement of non-immune people into areas with existing transmission cycles. Occupational exposure as well as widespread deforestation remain important factors. For example, people settling in areas that used to be forests may be moving near sandflies’ habitat. This can lead to a rapid increase in cases.

Climate change
Leishmaniasis is climate-sensitive, and strongly affected by changes in rainfall, temperature and humidity. Global warming and land degradation together affect the epidemiology of leishmaniasis in a number of ways:

The treatment of leishmaniasis depends on several factors including type of disease, concomitant pathologies, parasite species and geographic location. Leishmaniasis is a treatable and curable disease, which requires an immunocompetent system because medicines will not get rid of the parasite from the body, thus the risk of relapse if immunosuppression occurs. All patients diagnosed as with visceral leishmaniasis require prompt and complete treatment. Detailed information on treatment of the various forms of the disease by geographic location is available in the WHO technical report series 949, "Control of leishmaniasis".

Prevention and control of leishmaniasis requires a combination of intervention strategies because transmission occurs in a complex biological system involving the human host, parasite, sandfly vector and in some causes an animal reservoir host. Key strategies for prevention are listed below:

WHO's work on leishmaniasis control involves:

4 April 2014 – Mosquitoes, flies, ticks and bugs may be a threat to your health – and that of your family - at home and when travelling. This is the message of this year’s World Health Day, on 7 April. This short video highlights simple measures we can take to protect ourselves.

END_OF_DOCUMENT_TOKEN_TO_BE_REPLACED 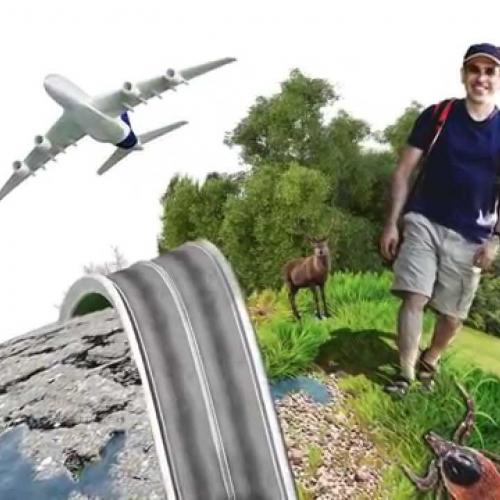 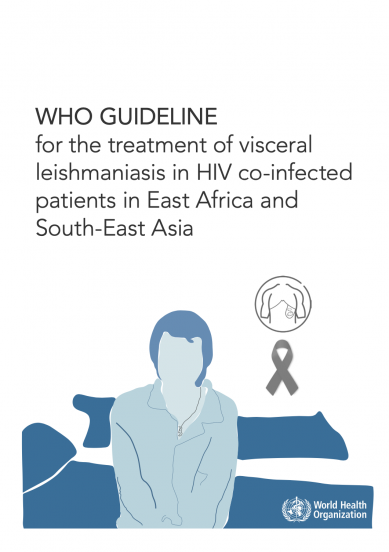 The leishmaniases are a group of diseases caused by Leishmania spp., which occur in cutaneous, mucocutaneous and visceral forms. They are neglected tropical diseases (NTDs), which disproportionately affect marginalized populations who have limited access to health care. HIV co-infected patients with Leishmania infection are highly infectious to sandflies, and an increase in the coinfection rate in an endemic area is likely to increase the effective infective reservoir.

Leishmania and HIV reinforce each other, posing clinical and public health problems. In areas where the endemicity of HIV and Leishmania overlap, people living with HIV are more likely to develop visceral leishmaniasis (VL), possibly due to reactivation of a dormant infection or clinical manifestation after primary infection. VL is an AIDS-defining condition, as HIV and Leishmania both suppress the immune system, resulting in more severe VL disease, higher rates of relapse and treatment failure, more toxicity of drugs and higher mortality rates than from either infection in isolation. Patients characteristically have high disseminated parasite loads. VL negatively affects responses to antiretroviral therapy (ART), and co-infected patients are difficult to cure, especially when their CD4 cell count is < 200 cells/mm3, as they typically relapse.

Leishmania–HIV coinfection was first reported in the mid-1980s in southern Europe and has since been reported in as many as 45 countries.