Situation reports on the current outbreak

It was first described in two simultaneous outbreaks in 1976 - one in what is now Nzara, South Sudan, and the other in Yambuku, in the Democratic Republic of the Congo, in a village near the Ebola River, from which the disease takes its name.

Disease outbreaks occur primarily in Africa, generally in areas surrounding rainforests in countries in the central parts of the continent.  Cases have been transmitted to Europe, Asia and North America through infected people travelling. 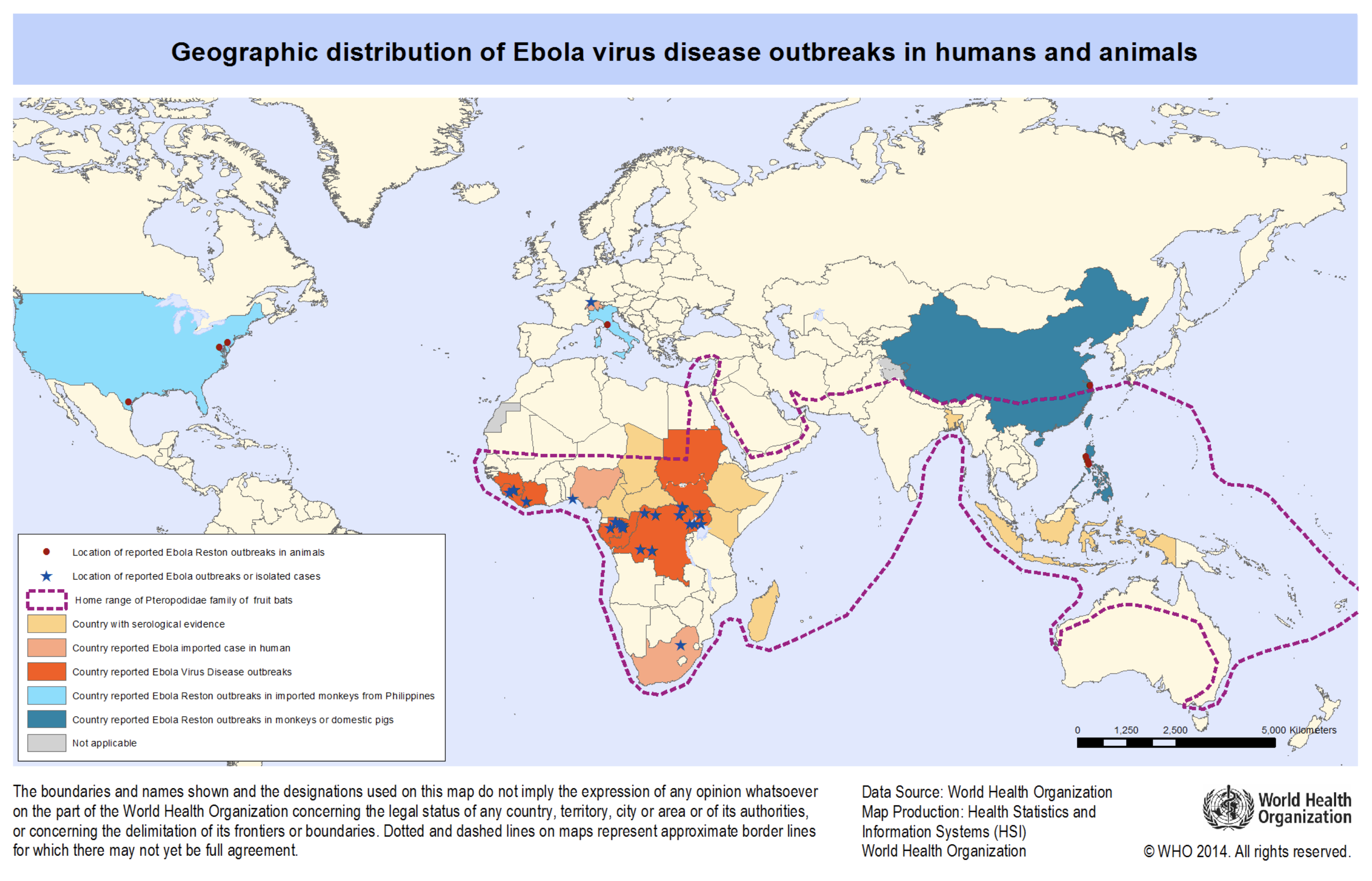 It is thought that fruit bats of the Pteropodidae family are natural Ebola virus hosts. Ebola is introduced into the human population through close contact with the blood, secretions, organs or other bodily fluids of infected animals such as fruit bats, chimpanzees, gorillas, monkeys, forest antelope or porcupines found ill or dead or in the rainforest.

It then spreads from human to human transmission via direct contact with the blood, secretions, or other bodily fluids of those infected people with the virus, and with surfaces and materials (e.g. bedding, clothing) contaminated with these fluids.

On average, 50% of people who contract Ebola will die. Case fatality rates have varied between 25% to 90% in past outbreaks, and in the current outbreak, which began in 2018 in the Kivu region of the Democratic Republic of the Congo, the overall fatality rate was around 67%.

Building the legacy of Ebola: Survivors, health systems, and a blueprint for research and development

There are six known species of Ebola virus. The 2014–2016 outbreak in West Africa was the first to be documented in that part of the continent. It was the largest and most complex to date, with more cases and deaths than all other outbreaks combined. It also spread between countries, starting in Guinea then moving across land borders to Sierra Leone and Liberia. Related cases occurred in Italy, Spain and the United States.

In the early stages of the disease, Ebola symptoms are flu-like, so misdiagnosis is easy. Other symptoms, such as diarrhoea and vomiting that occur in the early stages, are non-specific and can be misdiagnosed as another disease common to these regions, such as malaria. In some cases (20%), both internal and external bleeding (for example, oozing from the gums, or blood in the stools) occur. For most, the bleeding is internal, as the Ebola virus attacks and damages the capillaries: the small blood vessels in the body. Some experts have described it as ‘dying from a thousand internal cuts.’

Definitive diagnosis can be obtained in a properly equipped laboratory. WHO and partners have supported the setting up of diagnostic capacities in countries at risk of Ebola outbreaks as part of their preparedness programmes.

There is no effective treatment. Treatment is supportive and may include providing intravenous fluids and balancing electrolytes, maintaining oxygen status and blood pressure, replacement of lost blood and clotting factors, and treating other infections if they occur for maintenance of organ function, and combating haemorrhage and shock.

In the 2018-2019 Ebola outbreak in the Democratic Republic of the Congo, the first-ever multi-drug randomized control trial was conducted to evaluate the effectiveness and safety of drugs used in the treatment of Ebola patients. They were used under an ethical framework developed in consultation with experts in the field and the Democratic Republic of the Congo. Preliminary results were promising for two of the drugs randomised in decreasing mortality. Both were monoclonal antibodies mAb114 and REGN-EB3.

An experimental Ebola vaccine known as rVSV-ZEBOV proved highly effective against the deadly virus in a major trial in Guinea in 2015. It was used in response to the current outbreak in the Democratic Republic of the CongoDRC as recommended by the WHO’s Strategic Advisory Group of Experts on Immunization (SAGE) and using ring vaccination as the main vaccination strategy. Ring vaccination is where contacts and contacts of known Ebola cases are vaccinated.

Further information on EVD vaccines is available at :  https://www.who.int/emergencies/diseases/ebola/frequently-asked-questions/ebola-vaccine

Recovery may begin between seven to 14 days after first symptoms. Death, if it occurs, typically occurs between six to 16 days from first symptoms and is often due to low blood pressure from fluid loss. In general, bleeding often indicates a worse outcome, and blood loss may result in death. People are often in a coma towards the end of life.

A number of medical complications have been reported in people who recovered from Ebola, including mental health issues. To address these needs, a dedicated programme can be set up to care for people who have recovered from Ebola. Most survivors will develop antibodies against Ebola that are thought to last at least ten years, but it is unclear whether they are immune to additional infections.

END_OF_DOCUMENT_TOKEN_TO_BE_REPLACED 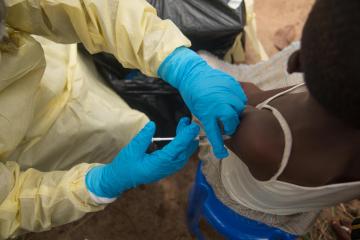 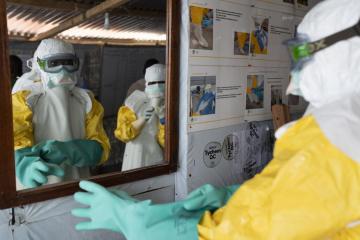 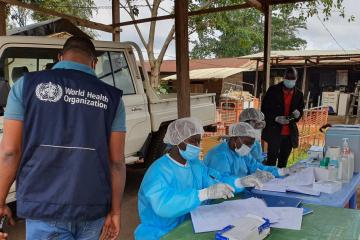 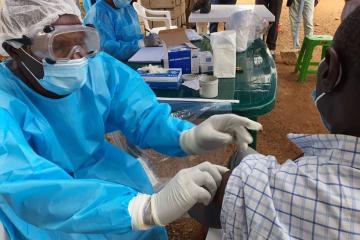 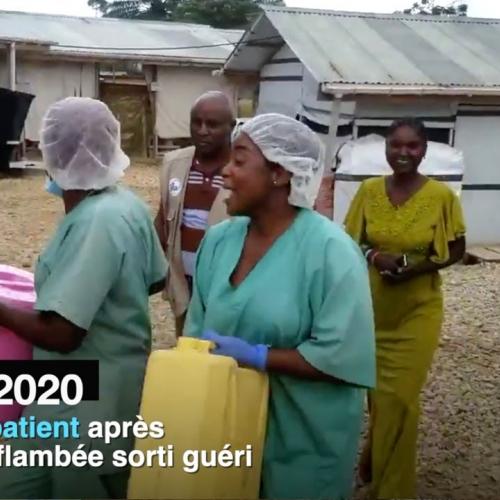