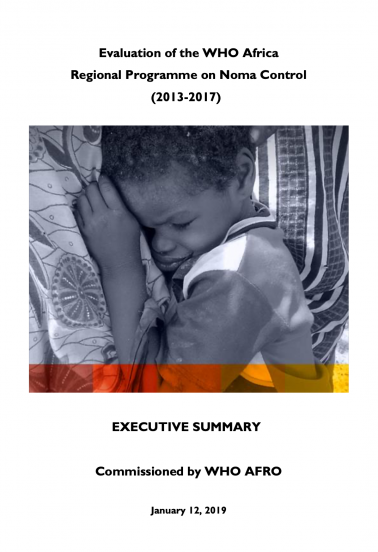 Noma is a necrotizing disease that destroys the mouth and face. It affects mostly children between the ages of 2 and 6 years. Noma is a result of complex interactions in immunosuppressed children living in extreme poverty. In addition to known factors such as malnutrition, coinfections with measles and malaria and poor oral hygiene, several social and environmental factors such as maternal malnutrition and closely-spaced pregnancies that result in offspring with increasingly weakened immune systems, could be strongly related to the onset of the disease.

Without prompt treatment, as much as 90% of patients die of sepsis or severe dehydration and malnutrition within two weeks of the onset of Noma. Survivors of the acute phase are left with severe facial disfigurement, have difficulty eating and speaking and face social stigma and isolation. Owing to the rapid progression of the disease and the high mortality rate associated with its acute phase, numerous cases of Noma remain undetected. The great majority of affected communities in Africa are situated in peri-urban and rural areas where access to care is difficult and traditional beliefs and stigma are often prevalent.