A quitter fights tobacco use in Ethiopia 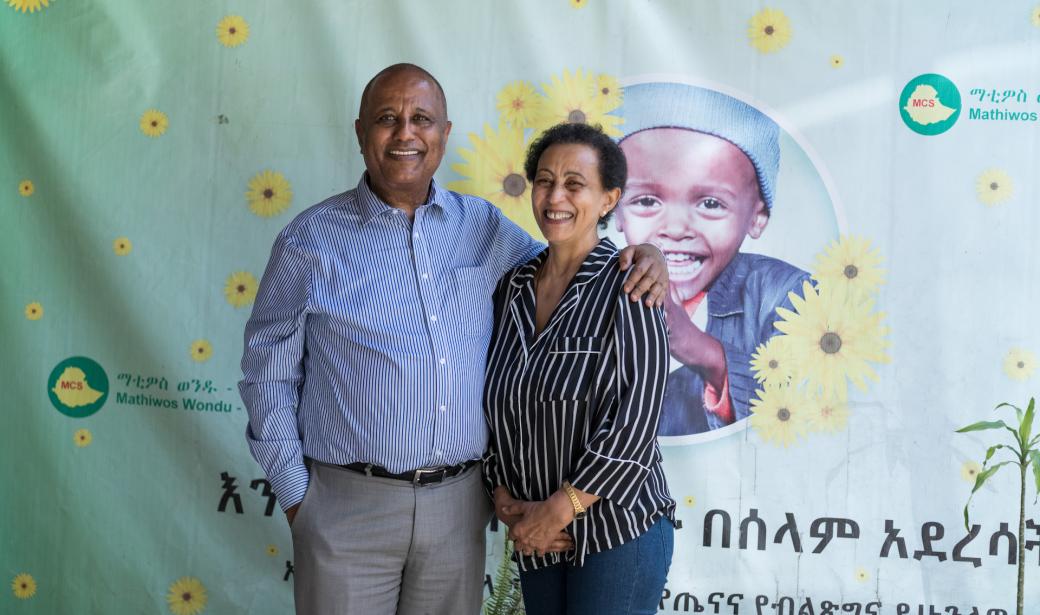 A quitter fights tobacco use in Ethiopia
Amsale Beyene Ashagre didn’t know Wondu Bekele Woldemariam smoked when they first dated. She likely would have told him to get lost. “I have always hated tobacco,” she says.

Despite the occasional whiff of smoke she picked up, they kept dating. By the time she discovered his smoking, she was in love. She tolerated him but not the cigarettes. “I tried begging, teasing, setting boundaries and smoke-free areas in the house,” she remembers. 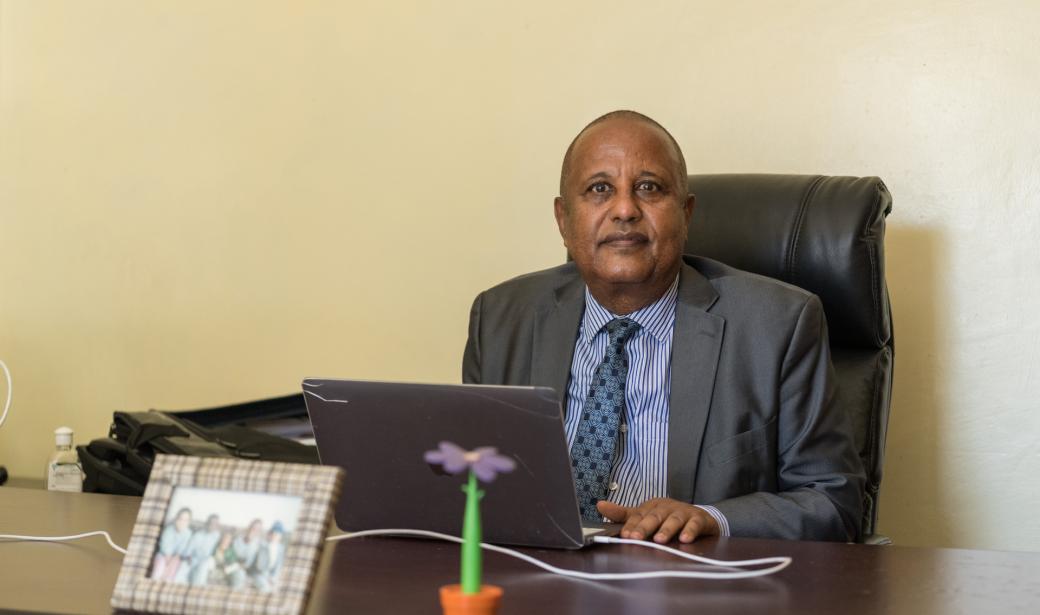 Amid their early bickering over his smoking, Wondu found a job as the administration and human resource manager with the only tobacco company in Ethiopia.

For 14 years, Wondu smoked on and earned a salary from tobacco (he began smoking 11 years earlier, when he was a teenager).

Even after he and Amsale (with others) started the Mathiwos Wondu-YeEthiopia Cancer Society, in honour of their son who died of acute lymphoblastic leukaemia at age 4, Wondu kept his habit and his job. They started the Cancer Society “to help our fellow cancer patients in whatever way we can and challenge the growing burden of cancer here in Ethiopia”. 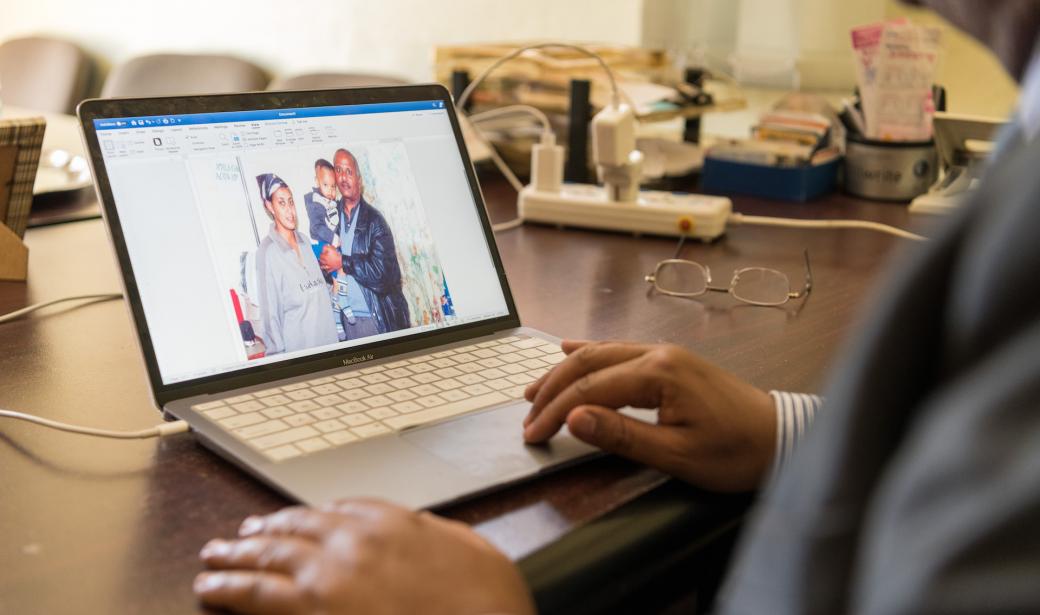 Maybe it was his wife’s ultimatum, maybe it was her grief. Maybe it was what he had learned about cancer during his son’s illness. Or perhaps it was the contradiction of running a Cancer Society while smoking and working for a tobacco company. Within the year of his son’s death, Wondu quit cigarettes and his job of six years.

“During my son’s illness, I read a lot about cancer, risk factors and medicines. That is when I discovered the risk of tobacco for the user and others,” he says. “I started reducing the number of cigarettes I smoked. When I did smoke, I smoked outside the house. Then my wife even made our compound smoke-free and banned me from smoking altogether while at home until the day she said, ‘Choose me or tobacco’.” 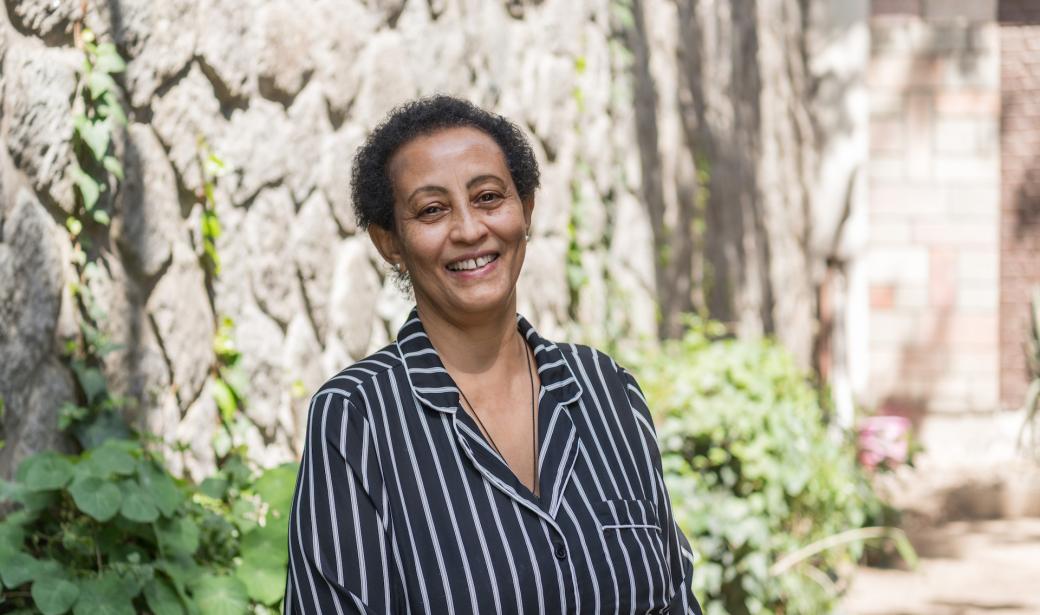 “I used this threat because that was the last card I had,” recalls Amsale with a sneaky smile. “I don’t think I would have actually left him, but I made it sound like I would. And to my surprise, he quit. This was balm on my broken and grieving heart—it was not only a display of courage and strength, but it was a reconfirmation of his love and devotion. More than anything, I felt loved.”

The change in their home life after he quit was like night and day, says Amsale. “From the aroma of the house to the absence of arguments over tobacco to the assurance of my husband’s and, as I later learned, the whole family’s health. I used to worry about my husband’s health and his and our future. Now, I am no longer on edge. I also used to worry about the example he was setting for our children. Thankfully, neither of them smoke.” 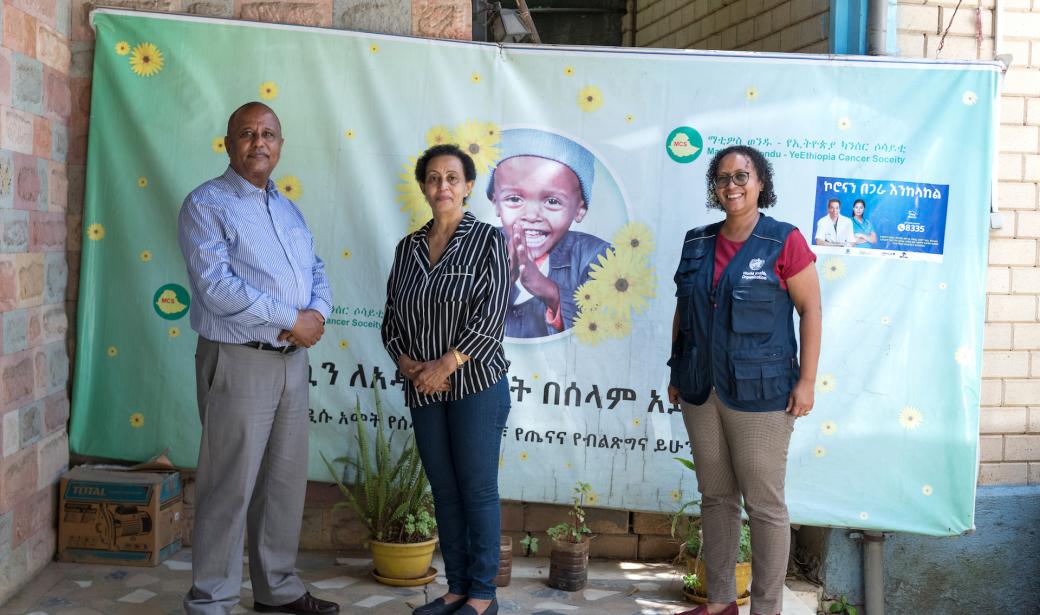 Due to the country’s lack of cancer medicines during their son’s illness in 2003 and 2004, Wondu and his wife imported the expensive drugs their doctors recommended. They realized that parents needed to speak up for better healthcare for all cancer patients and for better cancer prevention.

They started the Cancer Society in their home in Addis Ababa, and it has grown to include 1500 members, with a board of directors, 26 full-time staff members and 500 volunteers. It has since expanded its scope to include noncommunicable diseases. It has provided state-of-the-art equipment to one hospital, worked with several hospitals to improve their lung cancer treatment and has projects on childhood cancer, women’s cancer and ending tobacco use. 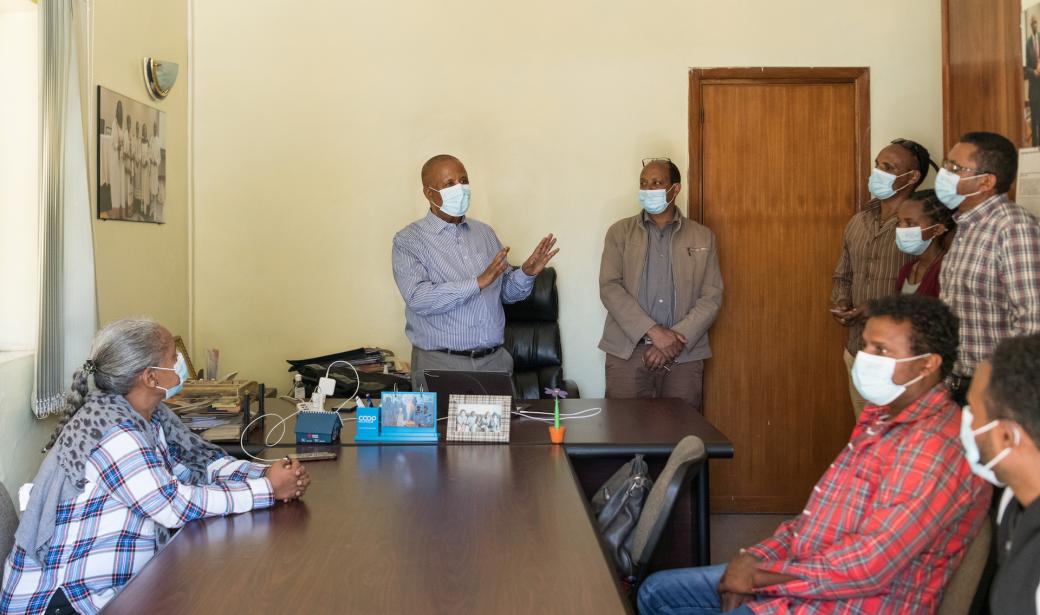 In 2014, the Cancer Society joined the global Campaign for Tobacco-Free Kids working to reduce tobacco use and its deadly consequences. In Ethiopia, where around 259 men and 65 women die each week because of tobacco-related causes, according to Global Burden of Disease, government data indicates that 7.9% of youth aged 13–15 use tobacco products. Most of them, at 6.6%, use smokeless tobacco.

“I, the Society strongly and partners advocated for an excise tax to make sure the price of tobacco is prohibitively high,” Wondu says. Explaining that 70% of smokers who seek medical care want to quit but are unable to, he believes “the best remedy is to make tobacco unaffordable to discourage would-be smokers from debuting and push current smokers to reduce their tobacco use.”

The Government of Ethiopia is working with the Mathiwos Wondu-YeEthiopia Cancer Society and other partners on a three-year tobacco control plan that includes strengthening tobacco cessation efforts.

In 2011, the American Cancer Society nominated Wondu as a Global Cancer Ambassador for Ethiopia. The Mathiwos Wondu-YeEthiopia Cancer Society received a Warrior Against Cancer Award in 2019 from the Bristol-Myers Squibb Foundation and the World Health Organization’s World No Tobacco Day Award in 2020.

After 25 years of smoking, quitting was easier for Wondu than he knows it is for others. The death of his youngest child opened his eyes to his family’s well-being and his own health. He doesn’t wish that tragedy on anyone in order to give up smoking.

“Each person must understand that they are responsible for their own health,” says Wondu. Tobacco use will lead to noncommunicable diseases, and they are incurable. So, each of us needs to take our health into our own hands. We all have a choice to make. We must say: My body is too precious for tobacco.”
For Additional Information or to Request Interviews, Please contact:
Loza Mesfin Tesfaye