WHO supports Government to immunize ‘Almajiri’ Children in Northwest Nigeria 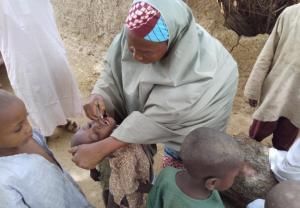 WHO supports Government to immunize ‘Almajiri’ Children in Northwest Nigeria

Zamfara, 22 October, 2019 - In an effort to reach and vaccinate every eligible child in Nigeria, the World Health Organization (WHO) is supporting the Government to vaccinate as many Almajiri children in the country as possible.

As part of the demand creation strategies, Almajiri vaccination is the deliberate targeting of eligible children in Almajiri schools with vaccines.

Found predominantly in North-Western Nigeria, Almajiri children are “migrant students” sent from their state of origin to another, to learn Islamic education. However, there have been challenges of non-compliance from some Mallams (Hausa word for ‘teachers’ or ‘caregiver’) of Quranic schools.

“Unfortunately, some Mallams have a religious belief that immunization is not necessary”, says the Permanent Secretary, State Ministry of Health Dr Habibu Yelwa during August 2019 NIPDs (fIPV+bOPV campaign) official flag off.

He added that “some religious doctrines forbid their sick members from going to the hospital. In addition, ignorance and illiteracy towards the true objective of immunization has also served as an impediment to immunization (both routine and SIA) among children in Almajiri Schools. Furthermore, there are Almajiris who have been wrongly educated by their Mallams against immunization making them run away from vaccine administrators. We are working hard to change this narrative,” Dr Yelwa disclosed.

In view of the situation in the North West, in Katsina state, the Government has increased sensitization of community groups including women, traditional birth attendants, community leaders, youths, religious leaders, and Quranic/Islamic teachers. Furthermore, immunization has been preached and promoted in Islamic schools, health camps have been established in Islamic communities, health talks on the importance of immunization during RI sessions have been organized, including compound and taskforce meetings and special outreach sessions for underserved communities including Almajiris.

In addition, government has leveraged on the use of special attractive pluses such as soap and community based micro planning for all target age groups as effective strategies to reach the Almajiri population.

Katsina State LGA Health Educator, Mr Maina Tukur stated, “in the ongoing September/October 2019 Yellow fever campaign, about 5,342 children have been immunized as at day six and this has helped boost the immunity of a lot of the children”.

Kebbi State also has a number of 13 321 Almajiri vaccinated in 2018 and 13 108 in 2019 despite the challenge of 90% of the Almajiris being over 5 years of age.
During July 2019 NIPDs a total of one hundred and seventy-one (171) eligible Almajiri were vaccinated in Jigawa state with polio vaccine and quite a number of this cohorts group were reached at their Islamic schools.

Efforts to reach the Almajiri Population
In collaboration with the Zamfara State Government, WHO has intensified efforts in reaching Almajiris particularly through community engagement and dialogue with some Quranic Mallams, Sultans, Emirs and key religious focal persons.

Furthermore, team supervisors, traditional and religious leaders, detail daily implementation plans (dip) for special teams to cover the identified areas were developed including target population and vaccine required, and also the use of incentives like sweets, soaps, detergents and milk as a plus to children after vaccination. 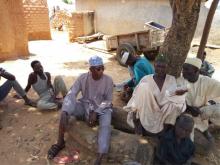