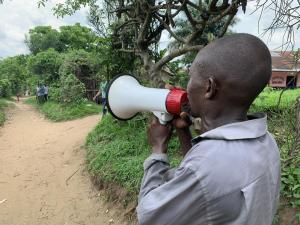 With the world’s largest and fastest-moving measles epidemic continuing to expand throughout the Democratic Republic of the Congo (DRC), the Government with the World Health Organization (WHO) and partners initiated a third emergency campaign of vaccinations in 24 health zones, targeting nearly 825 000 children aged 6–59 months. Life-saving vaccines and supplies for the campaign have been provided by WHO, Médecins Sans Frontières, UNICEF and the DRC Government, with US$2.5 million funding from the United Nations Humanitarian Pooled Fund. As of 17 September, a total of 183 837 suspected measles cases (5 989 confirmed) had been reported in 192 of the 519 health zones nationwide, including 3 667 deaths – which exceed the number of deaths due to Ebola. Nearly all the deaths have been children.

Every one of the country’s 26 provinces has reported cases of measles and is battling to control this outbreak, which the Ministry of Health declared on 10 June. “The DRC is experiencing a dire situation because too many children were missed by routine immunization,” said Dr Deo Nshimirimana, WHO Representative to the DRC. “The country now has large clusters of children who need to be vaccinated – WHO and partners are working with the Health Ministry to move as quickly as possible to reach them.”

In the DRC, routine measles immunization coverage was only 57% in 2018. This nine-day campaign, the third supported by WHO this year, will bring the total number of children aged 6–59 months reached through emergency vaccination campaigns to more than 4.1 million in at least 121 of the 192 affected health zones.The 24 health zones targeted in this emergency campaign are located in six provinces: Equateur, Mongala, Kwilu, Kwango, Mai-Ndombe and Kasaï Oriental.

In addition to this WHO-supported campaign, other partners are also working with the Government to organize mass vaccination campaigns by 1 October. UNICEF is procuring and distributing vaccines, and keeping them safe through cold chain logistics, in six health zones of Kasai Oriental Province. Première Urgence Internationale will support a campaign in five health zones in Kasai Central Province. Médecins Sans Frontières is assisting with a campaign in five health zones in five provinces (Haut-Uélé, Ituri, North Kivu, Tanganyika and Kwilu), while Médecins d’Afrique is targeting one health zone in South Kivu Province.

Vaccines previously secured for supplemental campaigns planned long ago are now being fast-tracked for 22–26 October 2019, November 2019 and January 2020. In addition to the US$2.5 million from the United Nations Humanitarian Pooled Fund for the emergency campaign, the Ministry of Health has provided US$843 000 to purchase vaccines to cover urgent needs in health zones affected by the ongoing outbreak. WHO has also mobilized nearly US$500 000 from the Contingency Fund for Emergencies.

WHO has established a measles response advocacy committee to mobilize partners and donors in a joint effort to control the outbreak. 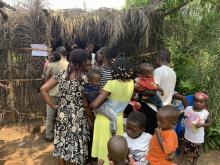 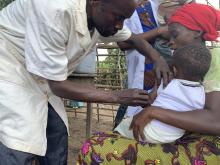