Tanzania commits to embrace the One Health approach

Tanzania commits to embrace the One Health approach

Dar es Salaam, 13 February 2018: Today, the Government of Tanzania and partners launched the One Health Coordination Desk and the National One Health Strategic Plan, as an important milestone towards addressing emerging health challenges at the animal-environment-human interface. Establishment of the One Health Coordination Desk and other elements of the National One Health Platform, underscores national commitment to strengthen mechanisms for prevention, detection and response to outbreaks. This is critical as the country embarks on building core capacities for preparedness and response to public health events under the International Health Regulations.

It is known that the over sixty percent of emerging, re-emerging, and endemic human diseases have their origins in animals. Humans are at increased risk of contracting diseases of animal origin because of a wide range of interconnected variables, including mass urbanisation, large-scale livestock production and increased travel. Therefore, efforts to unite the sectors working to protect humans and animals and the ecosystem are paramount. The concept of One Health (OH) embodies this approach; it addresses public health events at the interface of human, animal and environmental health.

The launch ceremony was officiated by Hon. Kassim M. Majaliwa (MP), the Prime Minister of the United Republic of Tanzania; Hon. Ministers of Health from Mainland and Zanzibar; Minister of State Vice President’s Office; Minister of Livestock and Fisheries from Mainland and Zanzibar; Minister of Agriculture and Veterinary Services; Minister in the President’s Office Regional Authorities Local Government; Senior Officials from the Ministry of Health and Prime Minister’s Office; the World Health Organization Representative in Tanzania and his team. Also present were representatives of FAO, USAID, CDC and US Embassy; health and agriculture research and training institutions and members of the media.

In his remarks at the launching ceremony, the WHO Representative, Dr. Matthieu Kamwa highly commended the Office of the Prime Minister for its stewardship and leadership in bringing together various sectors to work together to achieve the historic milestone. Noting the achievements made so far, Dr. Kamwa elaborated, “Several objectives have been achieved in the field of One Health and Health Security; these include the development of National One Health Strategic Plan and One Health Coordination Desk, the Joint External Evaluation and the development and launching of the Anti Microbial Resistance (AMR), all aimed at enhancing and sustaining the National Health Security”. He concluded by reaffirming WHO’s commitment to continue working with the government and partners to ensure that the plan leads to a “real” bridging of the divide between the human, animal, and the environment sectors.

Taking the floor to officially launch the Plan, Hon. Kassim M. Majaliwa (MP), the Prime Minister of Tanzania, stated that “The United Republic of Tanzania is committed to achieving all of the health security capacities, not only for Tanzania but to contribute towards global health security.” In highlighting this historic moment, he thanked the World Health Organization and all partners who took part in the development of the National One Health Strategic Plan and called for active participation and support from all relevant sectors in ensuring successful implementation. The Prime Minister also pledged to support the development of the One Health Strategic Plan for Zanzibar to ensure coherence in health security between the two areas.

The Ministers and partners (USAID and FAO) present at the launch, in their respective capacities and roles, pledged to continue working closely with the government to ensure successful implementation of the plan in Tanzania mainland and Zanzibar.

“One Health” approach is the collaborative effort of human health, animal health, and environmental sector to attain optimal health for people and animals, and protect the environment. The One Health approach is used to reduce the risk of new emerging pandemics through strengthening capacities to prevent, detect, and respond to known and emerging threats. One Health is an international best practice endorsed by the World Health Organization, the World Organization for Animal Health, the United Nations Food and Agriculture Organization, and the Global Health Security Agenda partnership. 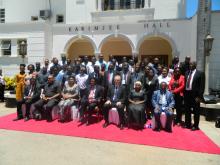 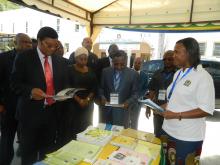 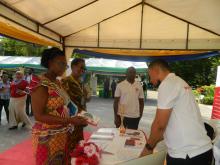