6 December 2018, Niamey – The Government of Niger with the support of the World Health Organization (WHO) and partners has successfully concluded an oral cholera vaccination (OCV) campaign to protect more than 152,000 people at high risk of the disease.

The immunization campaign is one of a number of response actions taken since the outbreak was declared on 5 July 2018. The vaccines were sourced from the global stockpile, which is funded by Gavi, the Vaccine Alliance. Gavi is also funding operational costs for the campaign.

The government, with the support of WHO and other partners, moved swiftly to put in place a raft of measures to control and end the outbreak. These included the establishment of dedicated cholera treatment centres, enhanced surveillance, laboratory support, community engagement with hygiene promotion messages, and the distribution of water treatment tablets. There has been a downward trend in the number of cases reported since 1 October, and the most recent case was reported on 19 November

"All these efforts have made it possible to control the outbreak,” said Dr Ibrahima Socé Fall, WHO Health Emergencies Director for the African Region. “It is extremely encouraging that it has been more than two weeks since any new cases were reported. This immunization drive provided another opportunity to stop this outbreak as well as to protect people over the longer term.”

There has been a total of 3,824 cases, including 78 deaths, in 14 health districts in this current outbreak.

The immunization campaign targeted people in the urban areas of Aguié health district. Public health experts reasoned that even as the number of reported cases fell nationwide, the population in Aguié remained at high risk because of its status as a national transport hub and because of the flow of people back and forth across the Nigerian border. Since the start of 2018, Nigeria has been battling one of its largest cholera outbreaks in recent years.

To ensure longer-term immunity for the population, a second dose of the vaccine will be provided at a later stage.  Gavi has provided 317,380 OCV doses to cover both rounds.

Cholera is an acute diarrhoeal disease that can kill within hours if left untreated. A study of 11 major cholera outbreaks which have occurred in Niger since 1971 has shown that all major epidemics have reportedly started in districts along the border with neighbouring countries before spreading to other parts of Niger, often with high case fatality rates before being brought under control.

The previous major cholera outbreak reported in Niger occurred in 2014 and involved about 2,000 cases. 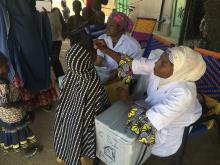 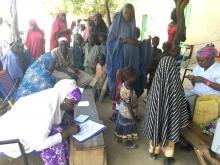 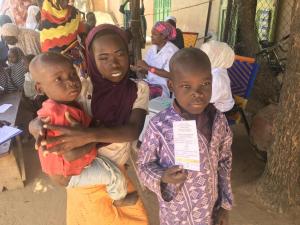