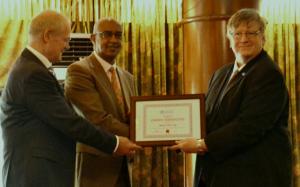 Speaking at the event before handing over the certificate, WHO representative in Kenya Dr Rudi Eggers said: “I applaud the Kenya Government for having attained elimination status of maternal and neonatal tetanus.”
He said neonatal tetanus was a fatal disease particularly in rural and difficult-to-reach areas where deliveries take place at home without adequate sterile procedures and in unclean environment.
The statement congratulating Kenya from WHO, Geneva, stated that Kenya had achieved an important public health milestone and acknowledged the hard work shown by the staff from Vaccines and Immunization sections, Vaccine Preventative Diseases Surveillance and Maternal and Child health decision.
Dr Eggers said WHO estimated a 94% reduction in neonatal deaths from 1988 when an estimated 787,000 newborn babies died of tetanus within their first month of life. Today, 14 countries are yet to eliminate maternal and neonatal tetanus.
“Kenya among other countries that have eliminated MNT need to maintain the elimination status by vaccinating women of reproductive age with tetanus-toxoid-containing vaccines (TTCV) and implementing clean practices during delivery.”
Appreciating the certificate and congratulatory gesture, Dr Rashid Aman, Chief Administration Secretary, Ministry of Health, thanked the WHO and UNICEF for the support and recognition. He said this would encourage health workers who work tirelessly at both national and county levels.
He underlined the key role all health personnel at county and national level have to play for improvement of immunization coverage through better service delivery, regular outreaches, consistent supply of vaccines and commodities. The counties could especially have a great impact in implementing these adding: “Let us prepare for Universal Health Coverage at all levels and build the necessary blocks. “
UNICEF Kenya Representative Dr Werner Schultink applauded the MNTE effort and recognition as a major achievement for the country and the region. “Kenya however needs to maintain high tetanus immunization coverage, increase skilled and safe deliveries and hygienic cord care to sustain the maternal and neonatal tetanus elimination status,” he said.
Dr Eggers He called on Ministry of Health and counties to identify the un-reached children then design innovative approaches to reach these populations for immunization.
“Let us all work hard work to increase immunization coverage and address inequities.”
Efforts by MOH and counties should be geared towards increased sustainable financing of immunization programme, equitable access to immunization services, creating demand for immunization services, improved oversight and innovations through operational research, he added.
Speaking on the measles outbreaks in the country, Dr Schultink attributed it to lapses in routine immunization system since the last measles/rubella in 2016.
“There is an urgent need for all stakeholders to come together to ensure all children routinely receive the recommended two doses of measles and rubella vaccines.” 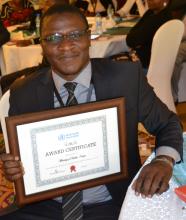 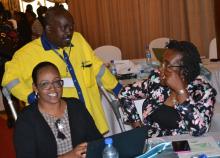 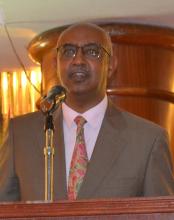 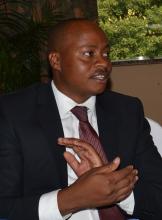