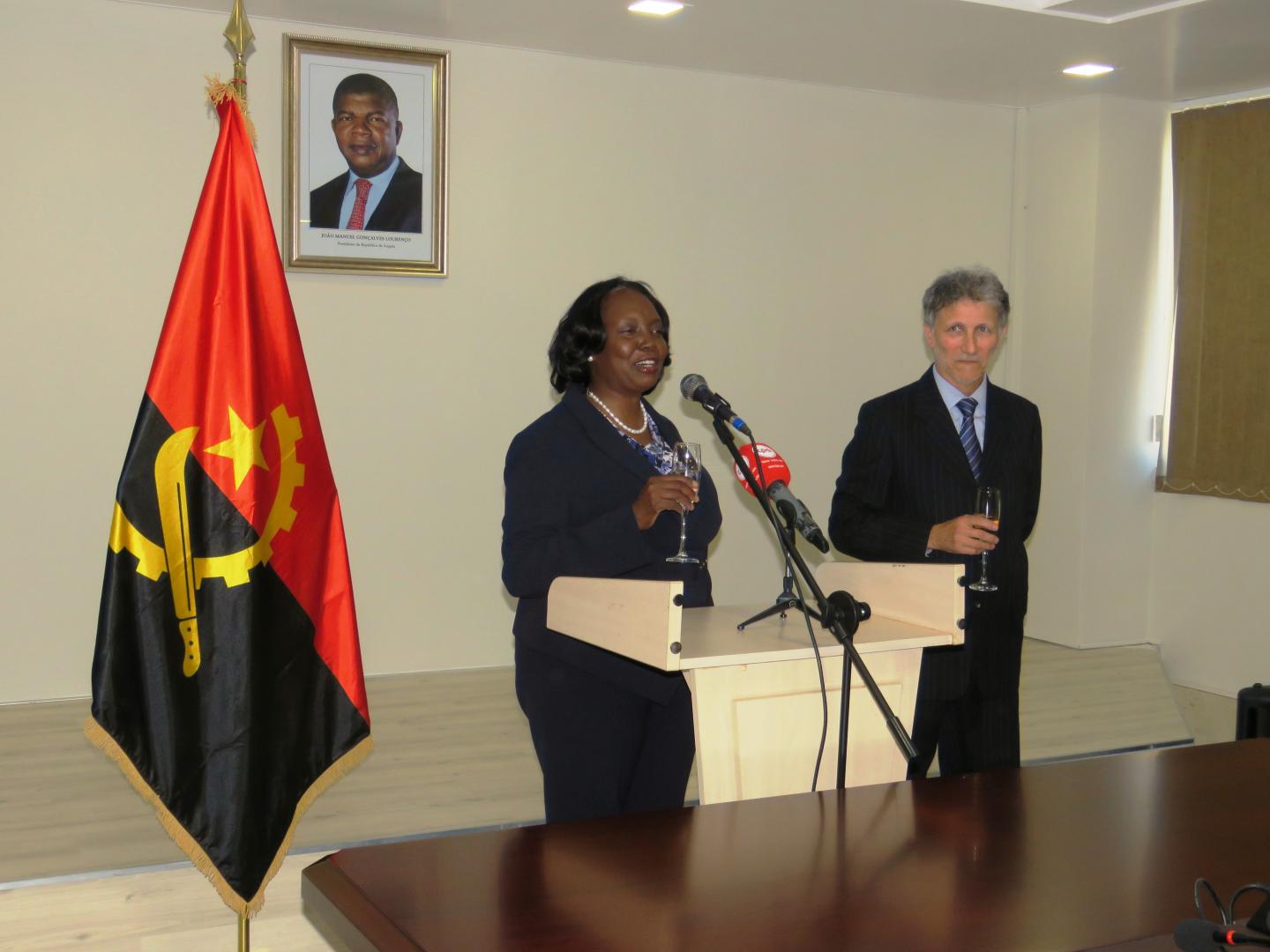 Luanda, 22 January 2020 - In a ceremony held in the  capital Luanda under the leadership of the Minister of Health, Silvia Lutucuta, members of Government and health sector partners paid tribute to Dr. Hernando Agudelo, World Health Organization’s (WHO)s outgoing representative in Angola.
For seven years as WHO country representative, Hernando Agudelo successfully led programmes to support the Government of this country to strengthen universal access to health as well as response to outbreaks notably cholera, yellow fever, polio and measles. 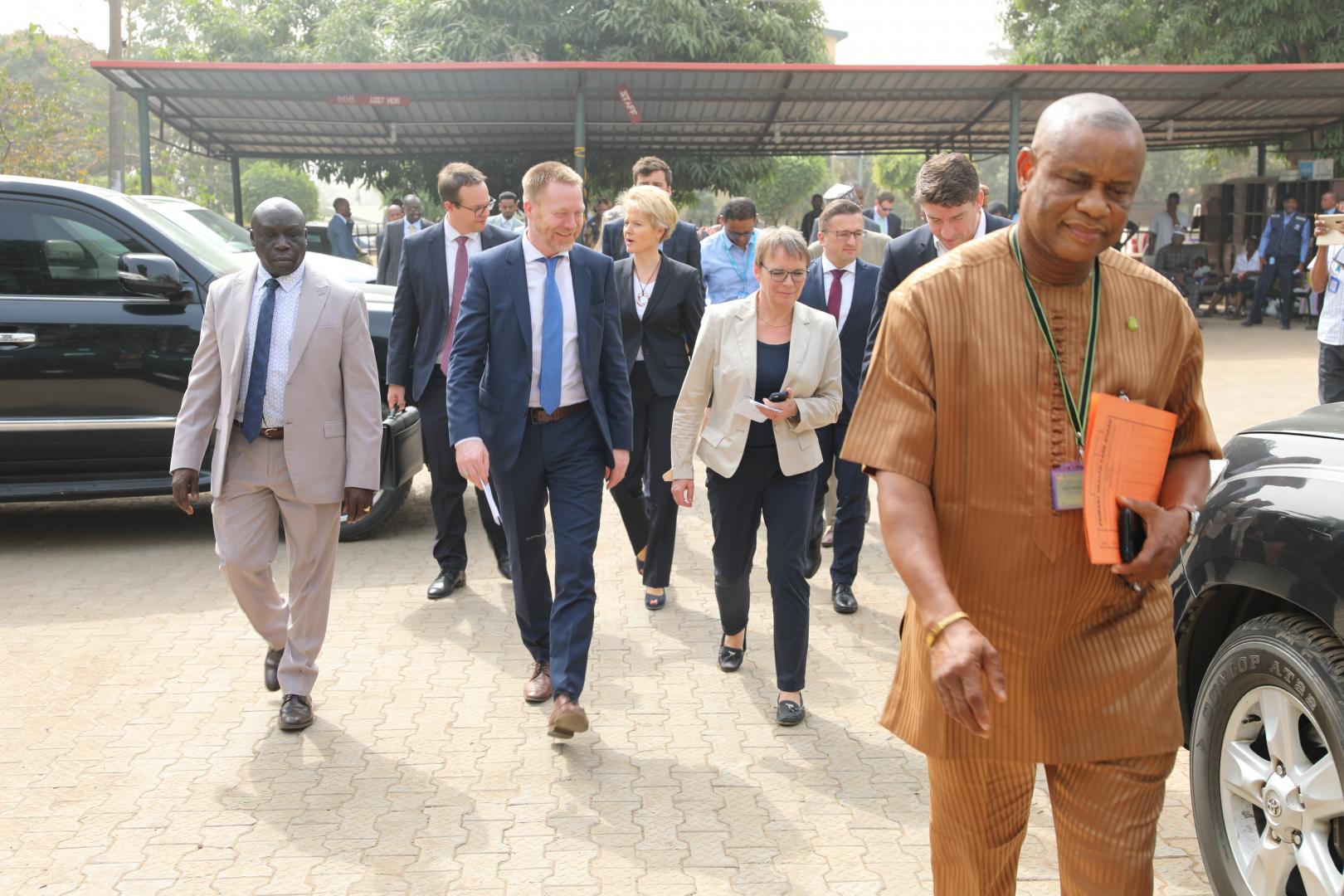 Abuja 20 January, 2020 - Having achieved the milestone of reaching three years without a reporting of case of wild poliovirus, The German Government represented by members of its Parliament expressed satisfaction with the progress in Polio Eradication in Nigeria.

The German Government has been a long term supporter of the Polio Eradication Program in Nigeria; it has provided tremendous and longstanding financial support over the years with grants to fill critical funding gaps for vaccines and campaign operations across the Country. 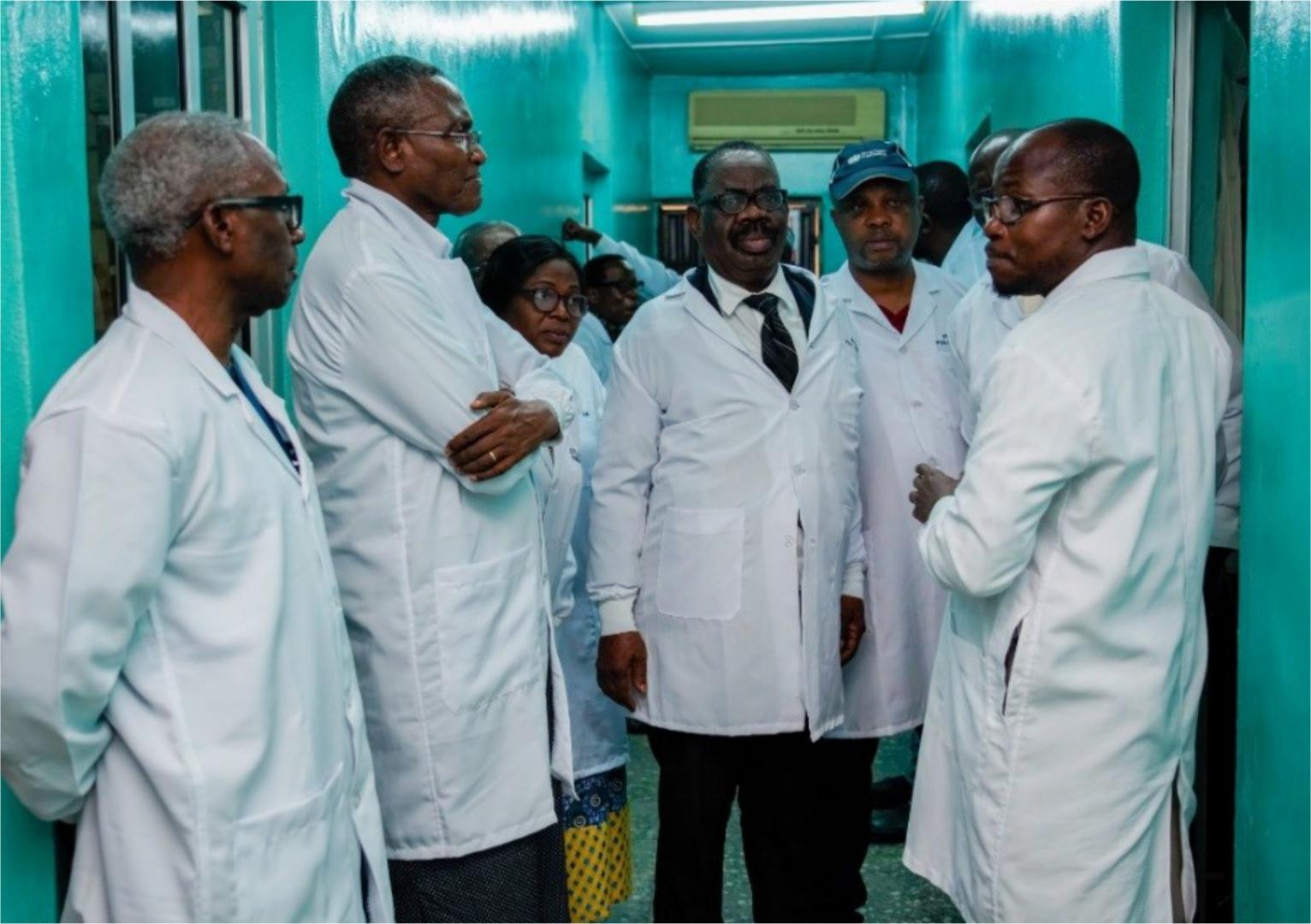 The Ibadan National Poliovirus Laboratory – A symbolic icon in Nigeria’s war against...

Abuja, 9 January, 2020 - Standing at two stories tall and strategically tucked away in a silent corner of the University College Hospital, Ibadan The National oliovirus laboratory can be described as a symbolic icon in Nigeria’s fight against polio. 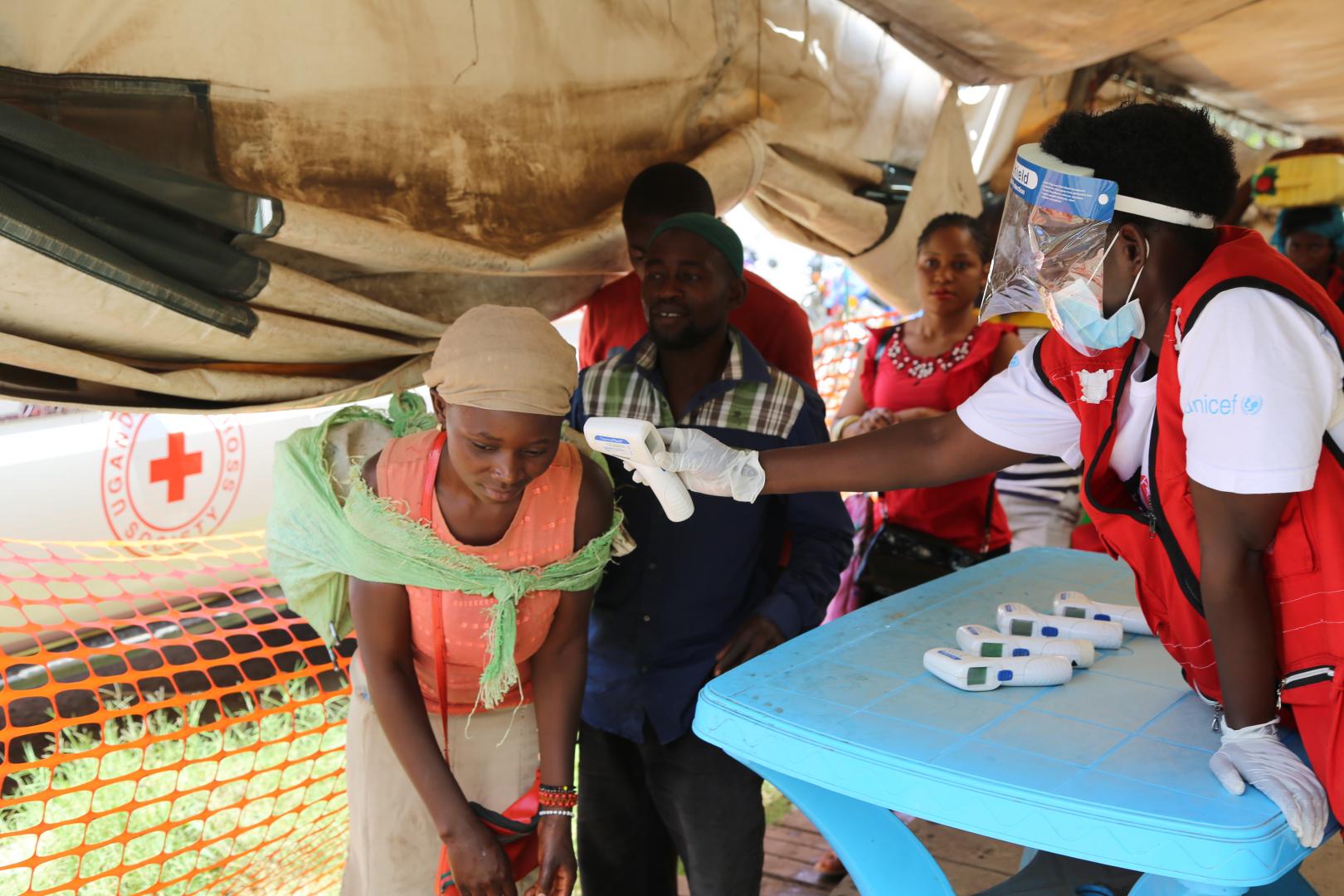 Ministry of Health Lauds Partners for Support during Ebola Preparedness Response in ... 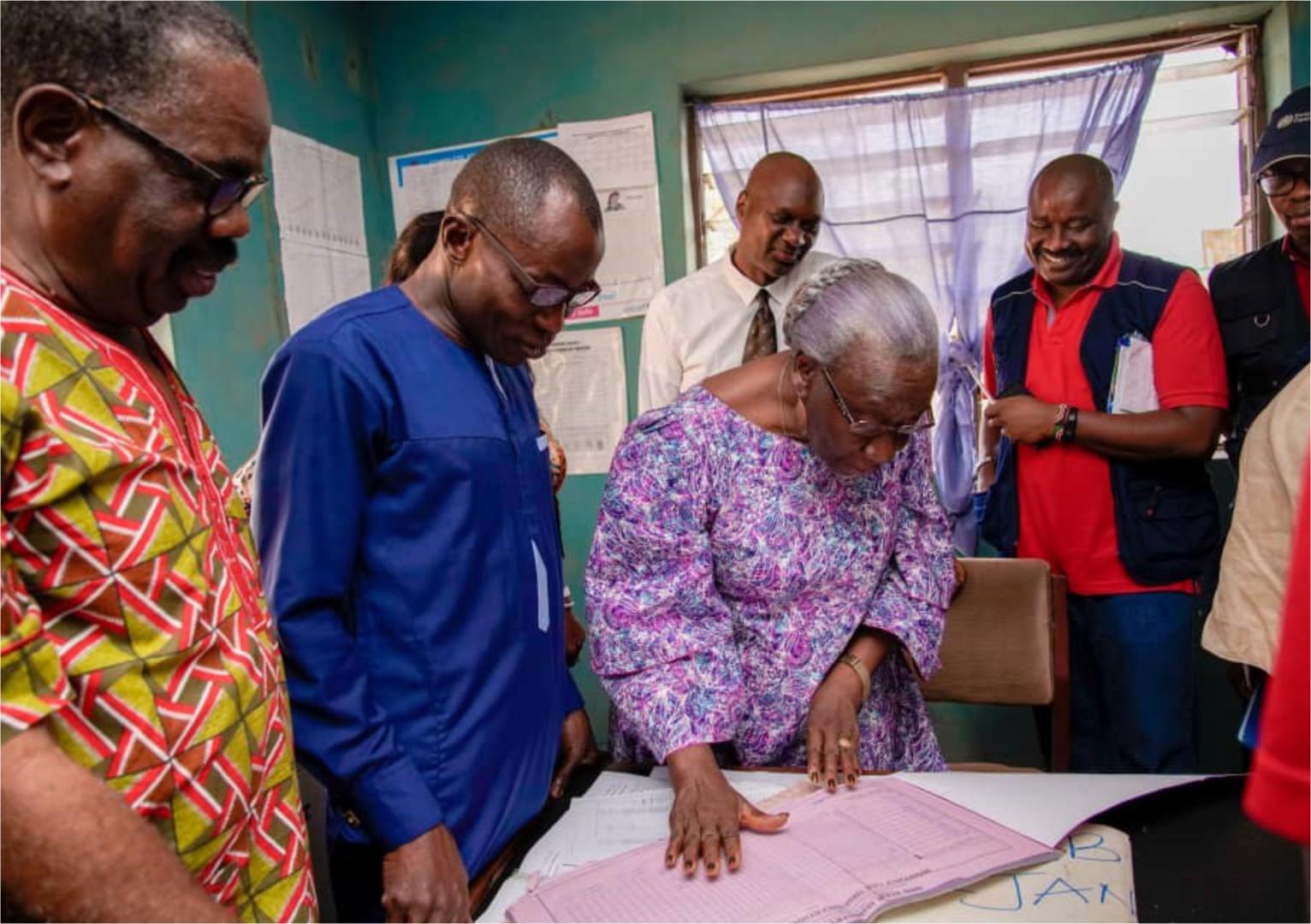 Abuja, 27 December 2019 - In the final lap of certifying Nigeria, a polio-free country, the African Regional Certification Commission (ARCC) for the eradication of poliomyelitis gave a vote of confidence that Southern Nigeria is on the right path to being polio free. 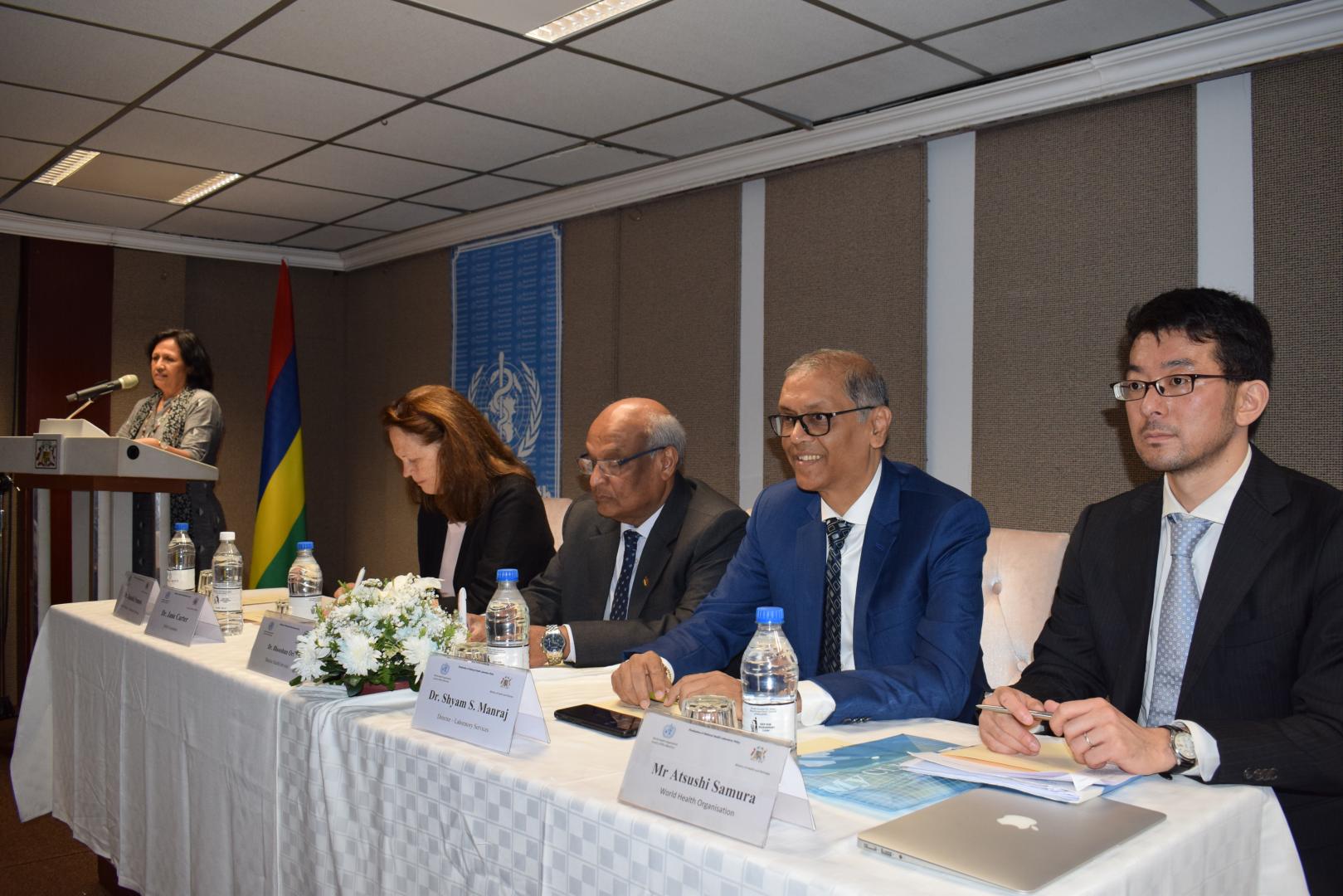 A Policy workshop was held on 19 December 2019 by the Ministry of Health and Wellness in close collaboration with WHO with the aim of building consensus on the National Laboratory Policy.    The participation of a wide range of stakeholders including development partners, professional users and technical experts such as laboratory scientists, engineers, clinicians, pathologists, public health experts, health economists and financers was crucial in view of developing  an efficient, cost-effective and sustainable quality health laboratory service. There is need for a National  Laboratory Policy  to ensure safety and reliability of health laboratories.  The policy will also provide a framework for coordinated delivery of quality and accessible laboratory services country-wide.  Mauritius is committed to develop and implement its National laboratory policy to ensure quality health to the population.
Read more » 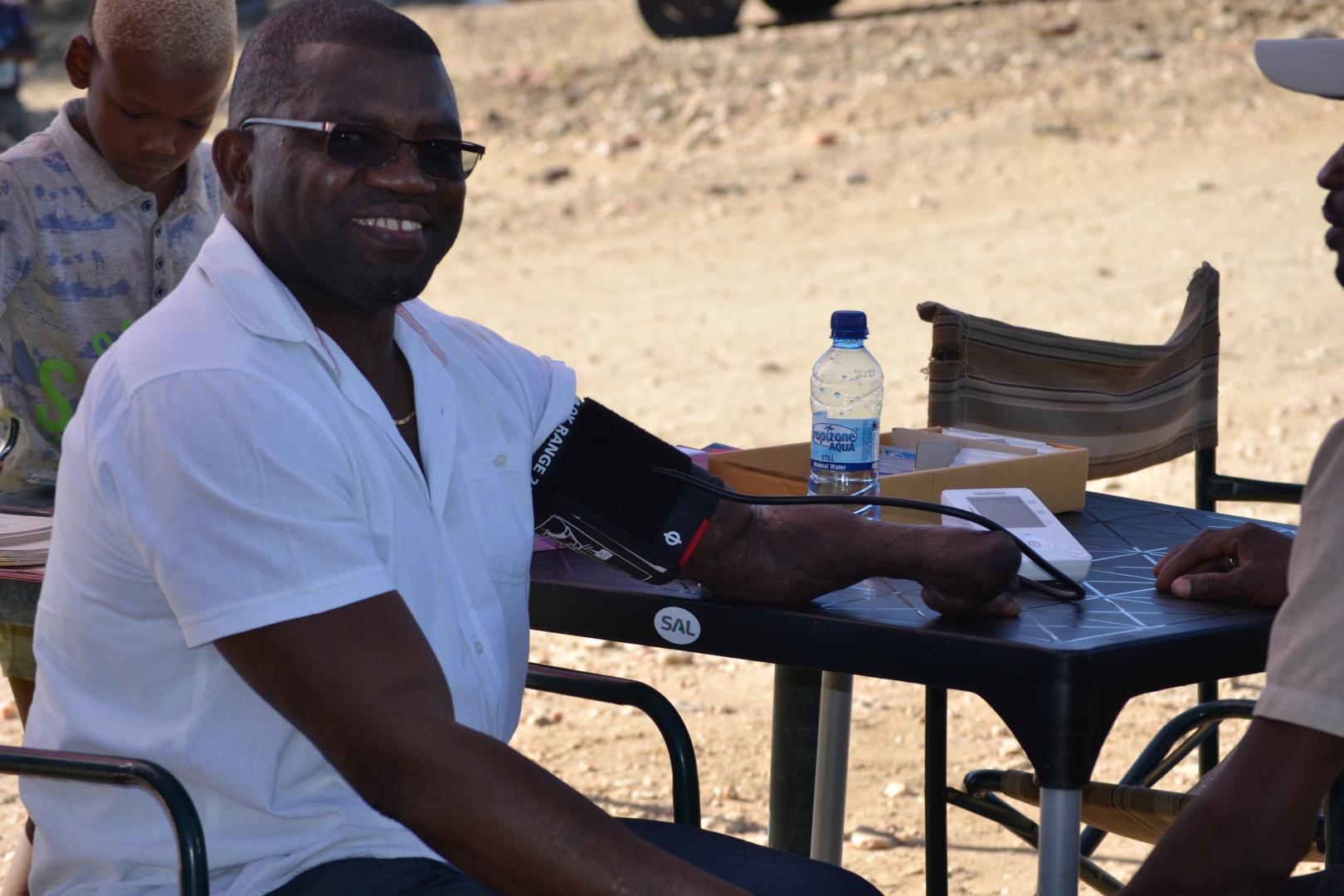 Ministry of Health and Social Services trains trainers to strengthen the clinical ca...

Non Communicable Diseases (NCDs) exerts a growing burden on mortality and morbidity in Namibia.   They account for an estimated 43% of total deaths in the country.  As part of efforts to reduce this growing burden, the Ministry of Health and Social Services with support from WHO is strengthening the health system to ensure that comprehensive services for prevention and control of NCDs are decentralized to peripheral health facilities. 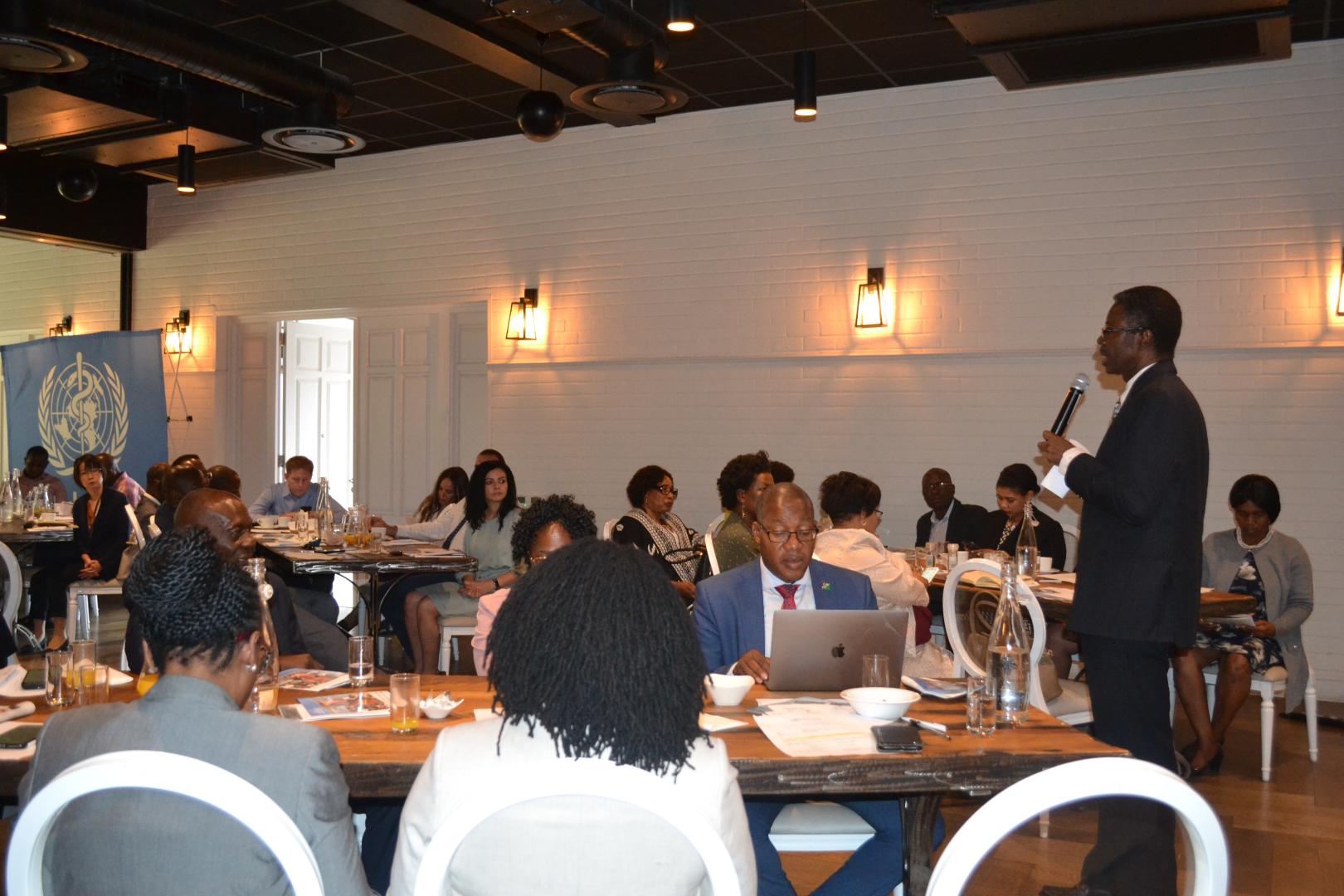 Engaging stakeholders around key achievements in the health sector

The World Health Organization in Namibia engaged stakeholders from the public and private health care to deliberate on key milestones within the health sector and to share the Organization’s strategic direction for the next five years.  This is in lieu of the Organization’s approving a new Global Programmme of Work which sets the tone for the global public health agenda consequently the local office strategy for the country. 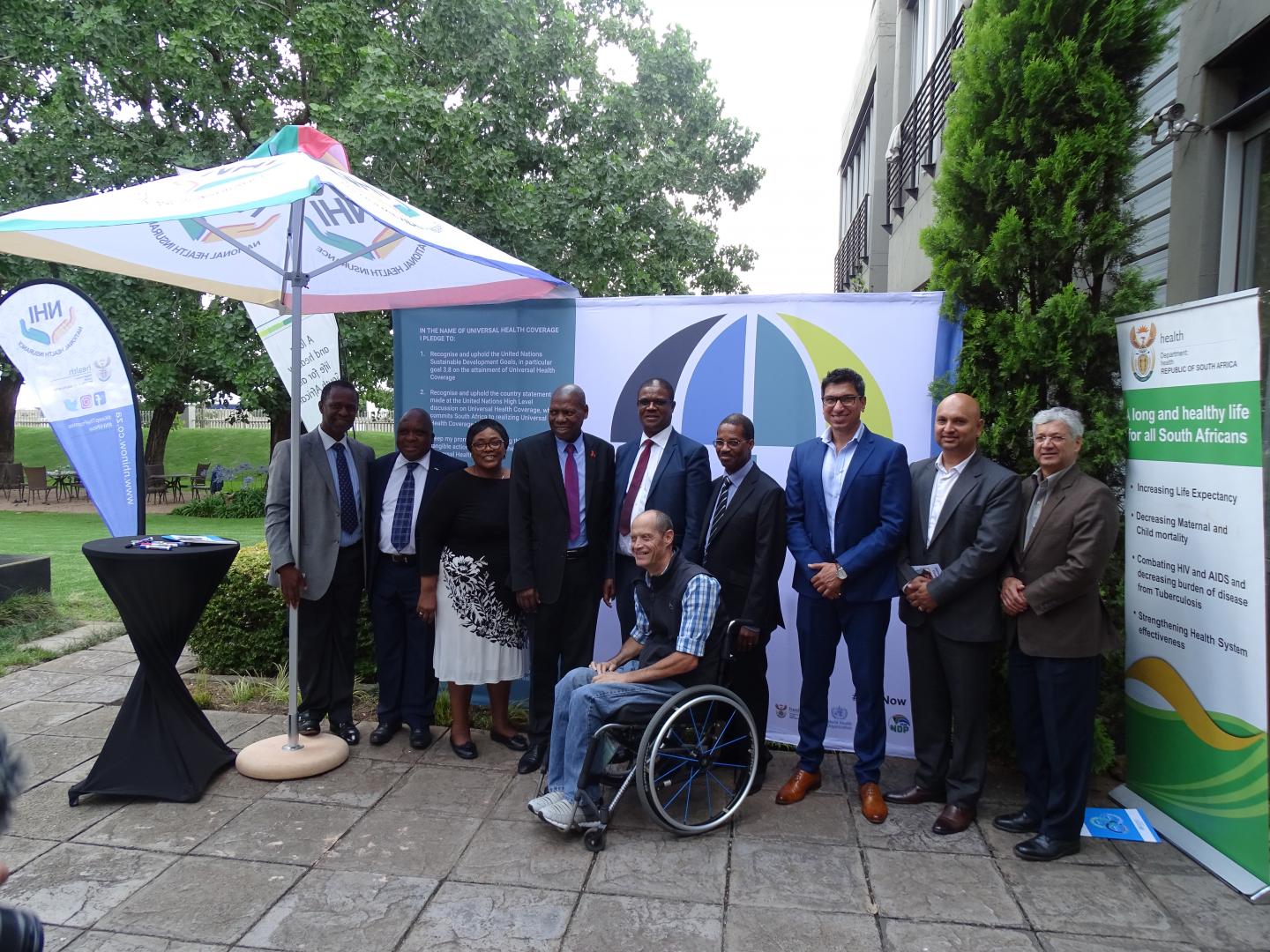 The World Health Organization- country office for South Africa in partnership with the National Department of Health (NDoH) organized the "National Colloquium on Universal Health Coverage in South Africa" to commemorate the Universal Health Coverage (UHC) Day 2019 in Johannesburg on 12th Dec. Observed under the theme 'Keep the promise', the Colloquium followed on the ‘Political Declaration on UHC that was agreed by Heads of the States at the United Nation’s High-Level Meeting (UN-HLM) on UHC during the UN General Assembly (UNGA) in September 2019. The President of South Africa HE C.M Ramaphosa also signed this UHC political declaration, thus demonstrating his strong vision and commitment to ensuring UHC for the people of South Africa. Through UHC political declaration, UN Member States also recognized the importance of universal health coverage in achieving the health-related Sustainable Development Goals”.
Read more » 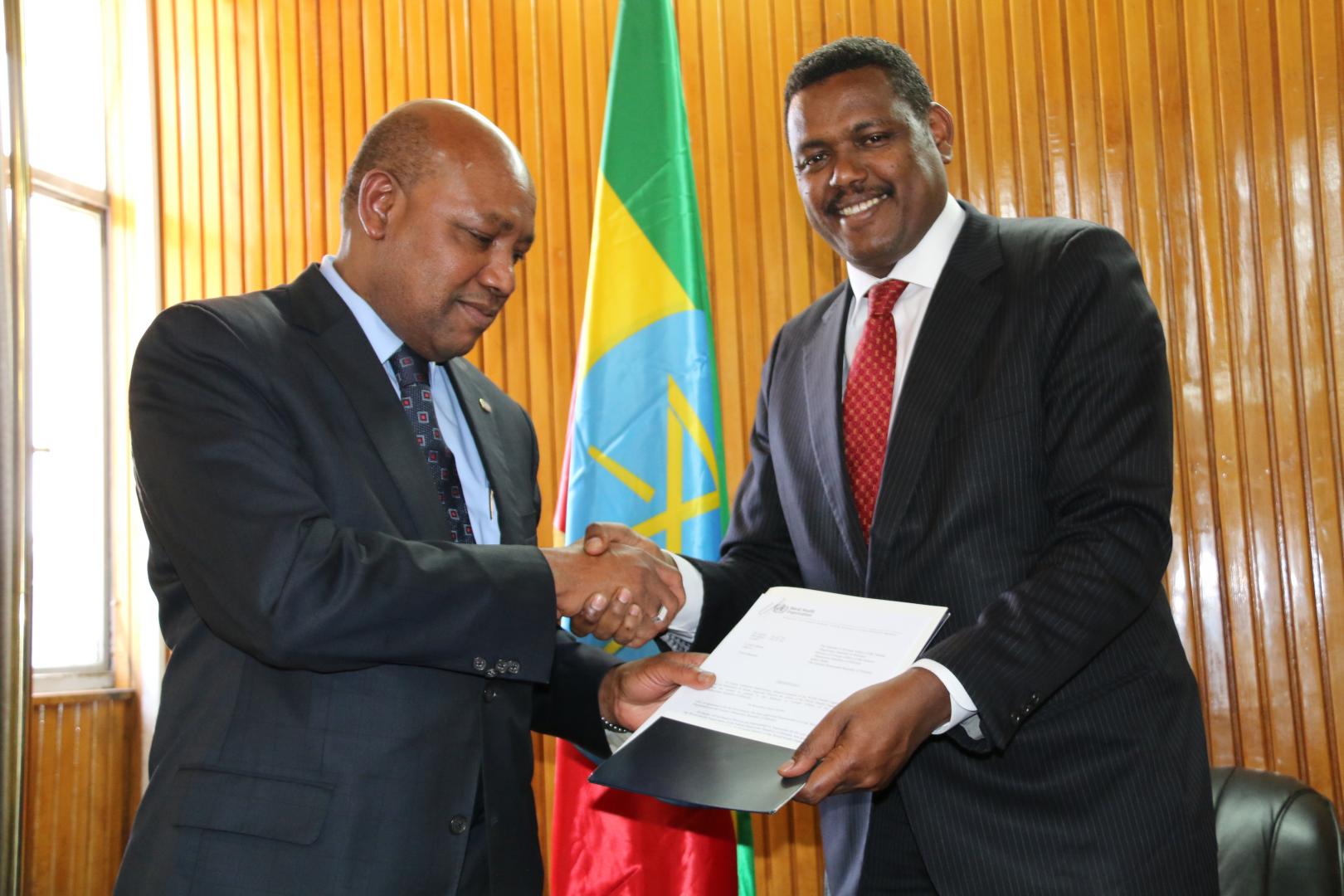 The New WHO Representative to Ethiopia presents his credentials to State Minister of...