Trachoma is one of the oldest infectious diseases known to mankind. It is caused by Chlamydia trachomatis – a microorganism which spreads through contact with eye discharge from an infected person (on towels, handkerchiefs, fingers, etc.) and through eye-seeking flies.

After years of repeated infection, the inside of the eyelid can become so severely scarred that the eyelid turns inward and the eyelashes rub on the eyeball. If untreated, this condition leads to the formation of irreversible corneal opacities and blindness.

Trachoma was once endemic in most countries and affects about 21.4 million people of whom about 2.2 million are visually impaired and 1.2 million are blind. It is responsible, at present, for more than 3% of the world’s blindness but the number keeps changing due to the effect of socioeconomic development and current control programmes for this disease. In spite of this, trachoma continues to be hyperendemic in many of the poorest and most remote poor rural areas.

Populations at risk in the WHO African Region are estimated at 260 million. Since May 2011, the WHO Global Health Observatory provides online access to the national data on trachoma prevalence and relevant maps. Blinding trachoma is addressed through the Surgery, Antibiotic (with azithromycin), Facial cleanliness and Environmental changes (SAFE) approach.

END_OF_DOCUMENT_TOKEN_TO_BE_REPLACED 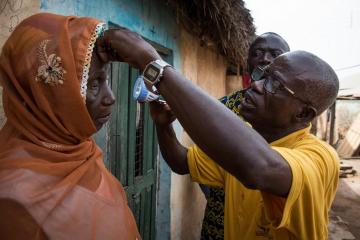 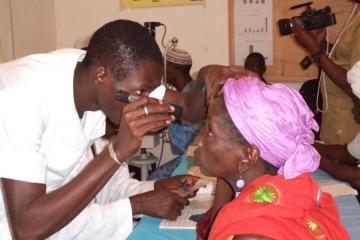 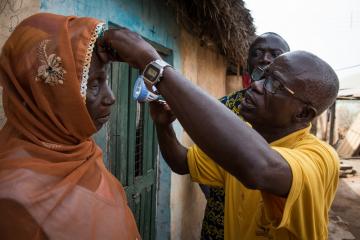