World Polio Day was established by Rotary International over a decade ago to commemorate the birth of Jonas Salk, who led the first team to develop a vaccine against poliomyelitis. Use of this inactivated poliovirus vaccine and subsequent widespread use of the oral poliovirus, developed by Albert Sabin, led to the establishment of the Global Polio Eradication Initiative (GPEI) in 1988. As of 2013, GPEI had reduced polio worldwide by 99%.

Polio is a crippling and potentially fatal infectious disease. There is no cure, but there are safe and effective vaccines. Polio can be prevented through immunization. Polio vaccine, given multiple times, almost always protects a child for life. The strategy to eradicate polio is therefore based on preventing infection by immunizing every child until transmission stops and the world is polio-free.

Message of the WHO Regional Director for Africa, Dr Matshidiso Moeti, on World Polio Day, 24 October 2017

Over the last three decades, the world has made incredible progress toward eradication. In 1988, there were 350 000 annual cases of wild polio from 125 countries. In 2018, there were just 33 reported from two – Afghanistan and Pakistan. Four out of five people in the world now live in certified polio-free regions, and the polio program is continuously learning and adapting to overcome challenges to eradicate polio once and for all.

In Africa, challenges remain with weak health systems and inaccessible populations contributing to a concern that many thousands of children are not receiving preventative vaccination. This raises a concern that the virus could emerge again, and one of the reasons that the Global Polio Eradication Initiative (GPEI) has created the Polio Endgame Strategy to deploy over the next five years (2019-23) which aims to ensure that every last child in the world is protected with the polio vaccine. The GPEI’s work is organised trough the WHO Regional Offices in Africa, the Eastern Mediterranean, The Western Pacific, South-East Asia, Europe and the Americas.

The Global Polio Eradication Initiative (GPEI) has created the Polio Endgame Strategy to deploy over the next five years (2019-23). This will ramp up the core strategies that caused a 99.9% drop in polio cases since 1988, and implement new and innovative tactics to ensure every last child is protected with the polio vaccine. Ultimately, for the new strategy to succeed in ending polio, renewed political and financial commitments will be essential.

Risks to success include insecurity and conflict, with the related movement of refugees and internally-displaced people; fragile health systems, where large groups of children are un-or under-immunized; and management and resource risks, including multiple, competing priorities in resource-poor countries.

The Polio Endgame Strategy reflects the commitment and urgency given to the drive to eliminate polio, after the disease was declared a Public Health Emergency of International Concern (PHEIC) in 2014. In September 2018, the Polio Oversight Board approved a multi-year budget for the initiative. US$4.2 billion, with an additional US$3.27 billion for incremental costs has already been secured. Another US$3.7 billion is needed, and pledges are being sought from a range of donors and stakeholders.

The last mile: The “last mile” has proven to be the toughest phase of polio eradication, but with sufficient resources, country-level commitment, and access to hard-to-reach areas, we can end polio transmission. Of the three wild poliovirus strains, type 2 is already eradicated and we are poised to certify the eradication of WPV3 (which has not been seen since 2012) in late 2019. Once three years have passed without any transmission of WPV1, wild poliovirus will be eligible to be certified as eradicated globally. This will be followed by the global cessation of OPV use and a separate, independent process to validate the absence of vaccine-derived polio. All stakeholders must remain committed to continuing vaccination campaigns until this disease is eradicated for good.

Post-certification: Eradication will be a major milestone in human history. To protect this accomplishment and maintain a polio-free world, the world will transition fully to the inactivated polio vaccine (IPV), which will eliminate the risk of vaccine-derived polio. Even when wild poliovirus is eradicated, we will continue certain essential functions for a period of time – including routine vaccination, surveillance and outbreak response capacities, and containment of existing polioviruses in laboratories and vaccine production facilities.

Transition of Resources: The tools, infrastructure and knowledge developed to eradicate polio have saved countless lives across the globe. They’ve been used to fight every vaccine-preventable childhood disease, tackle Ebola and other disease outbreaks, deliver malaria prevention tools, register more births, and improve disease surveillance worldwide. The GPEI is working with countries on transition planning – focusing on the resources and functions deemed essential for immunization and health, and integrating these functions into sustainable, routine systems for the long term.

The virus is transmitted by person-to-person spread mainly through the faecal-oral route or, less frequently, by a common vehicle (for example, contaminated water or food) and multiplies in the intestine.

Initial symptoms are fever, fatigue, headache, vomiting, stiffness of the neck and pain in the limbs. 1 in 200 infections leads to irreversible paralysis (usually in the legs). Among those paralysed, 5% to 10% die when their breathing muscles become immobilized.

Polio is a highly infectious disease caused by a virus. It mainly affects children under five years of age, invading the nervous system, and can cause total paralysis in a matter of hours. In 1988 when WHO became part of the Global Polio Eradication Initiative, polio paralysed 10 children for life every 15 minutes, in nearly every country in the world. Each case was entirely preventable. In the intervening years, the polio eradication infrastructure has been at the heart of efforts to increase equitable access to health services for every last-child, even in the most remote or marginalized areas.

In the WHO African Region, polio is still endemic in Nigeria. Risks for outbreaks remain high in Angola, Cameroon, the Central African Republic, the Democratic Republic of the Congo, Ethiopia, Niger, and Mozambique.

No country in the world will be completely safe from polio until the disease has been completely eradicated. Until then, the best way for countries to minimise the risk and consequences of polio infection is to maintain strong population immunity levels through high vaccination coverage, and strong disease surveillance in order to rapidly detect and respond to polio.

END_OF_DOCUMENT_TOKEN_TO_BE_REPLACED 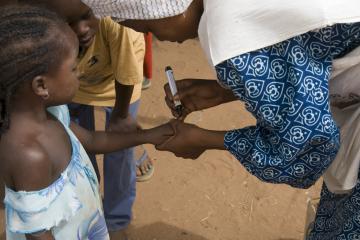 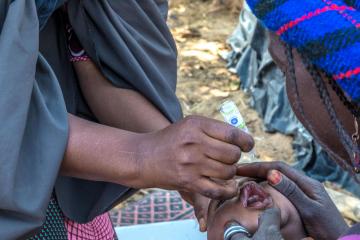 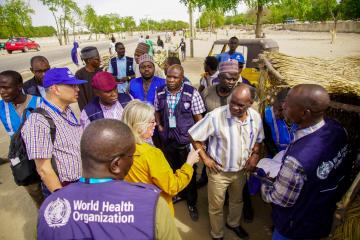 Africa is one-step away from wild polio eradication verdict 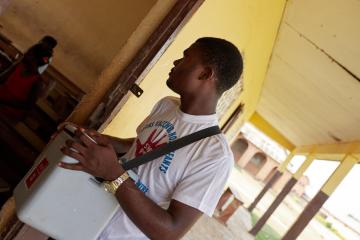 Republic of Congo steps up polio vaccination in border region 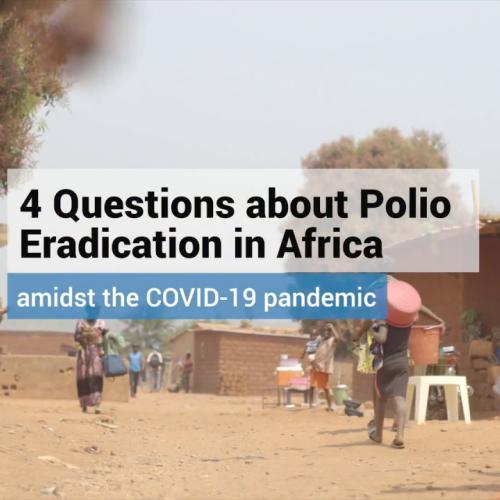