of permanent teeth is one of the most prevalent diseases globally and regionally. 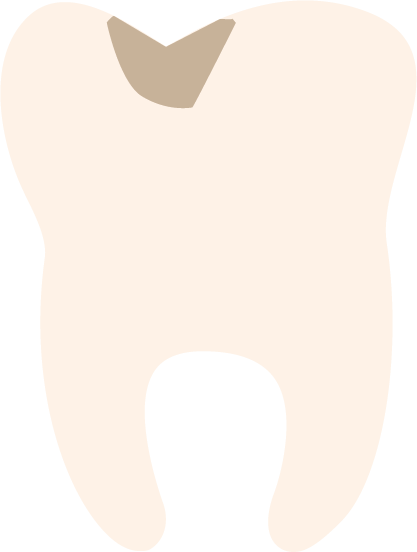 can reduce the burden of oral diseases and other NCDs by addressing common risk factors.

A healthy mouth, teeth and gums, or oral health, is an important part of good overall health, well-being and quality of life.  WHO defines oral health as “a state of being free from chronic mouth and facial pain, oral and throat cancer, oral infection and sores, periodontal (gum) disease, tooth decay, tooth loss, and other diseases and disorders that limit an individual’s capacity in biting, chewing, smiling, speaking, and psychosocial well-being.”  It also affects self-esteem, school performance, and attendance at work or in education.

It is estimated that oral diseases affects 3.5 billion people worldwide, and untreated dental caries/tooth decay of permanent teeth was one of the most prevalent diseases globally in 2017. Poor oral health causes severe pain, discomfort, and can lead to disfigurement, social isolation, and even death.

Oral health inequalities exist among and between different population groups around the world and through the entire life course. There is a very strong and consistent association between socioeconomic status (income, occupation and educational level) and the prevalence and severity of oral diseases.

Most oral diseases and conditions share modifiable risk factors (such as tobacco use, alcohol consumption and unhealthy diets high in free sugars) common to the four leading noncommunicable diseases (NCDs, namely cardiovascular diseases, cancer, chronic respiratory diseases and diabetes). Additionally, it is reported that poor oral health has been linked in a reciprocal way with other NCDs such as diabetes.

In Africa, oral diseases are increasingly being recognized as a major public health problem in light of the rising NCD burden as well as its common modifiable risk factors. It is reported that approximately 400 million people suffered from some form of oral disease in the WHO African Region in 2017.

Due to a lack /unequal distribution of oral health professionals, a lack of appropriate facilities, and - in many countries in Africa - no dedicated oral health budget, people incur significant out-of-pocket expenses to access oral health services, while most oral diseases in the African Region remain untreated.

Despite efforts and commitments made at country level during the past decade to implement effective interventions, progress in addressing the burden of oral diseases in an equitable and integrated manner remains slower than expected.

Since 2011, the growing emphasis on tackling NCDs has presented a unique opportunity for the oral health community in the African Region to work towards greater recognition of oral health.

To this end, the Regional Oral Health Strategy 2016-2025: addressing oral diseases as part of NCDs (AFR/RC66/5) was endorsed in 2016. The strategy has provided countries with a basis for developing coherent national plans for areas of oral health to align their contribution to the implementation of the Global Action Plan for the Prevention and Control of NCDs, 2013-2020 in the African Region.

It has four main objectives:

To achieve these objectives, the WHO Regional Office for Africa has assisted Member States by: 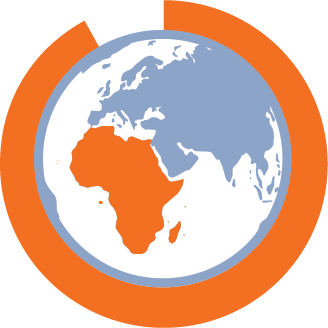 and around 400 million people in the WHO African Region were affected by oral disease in 2017. 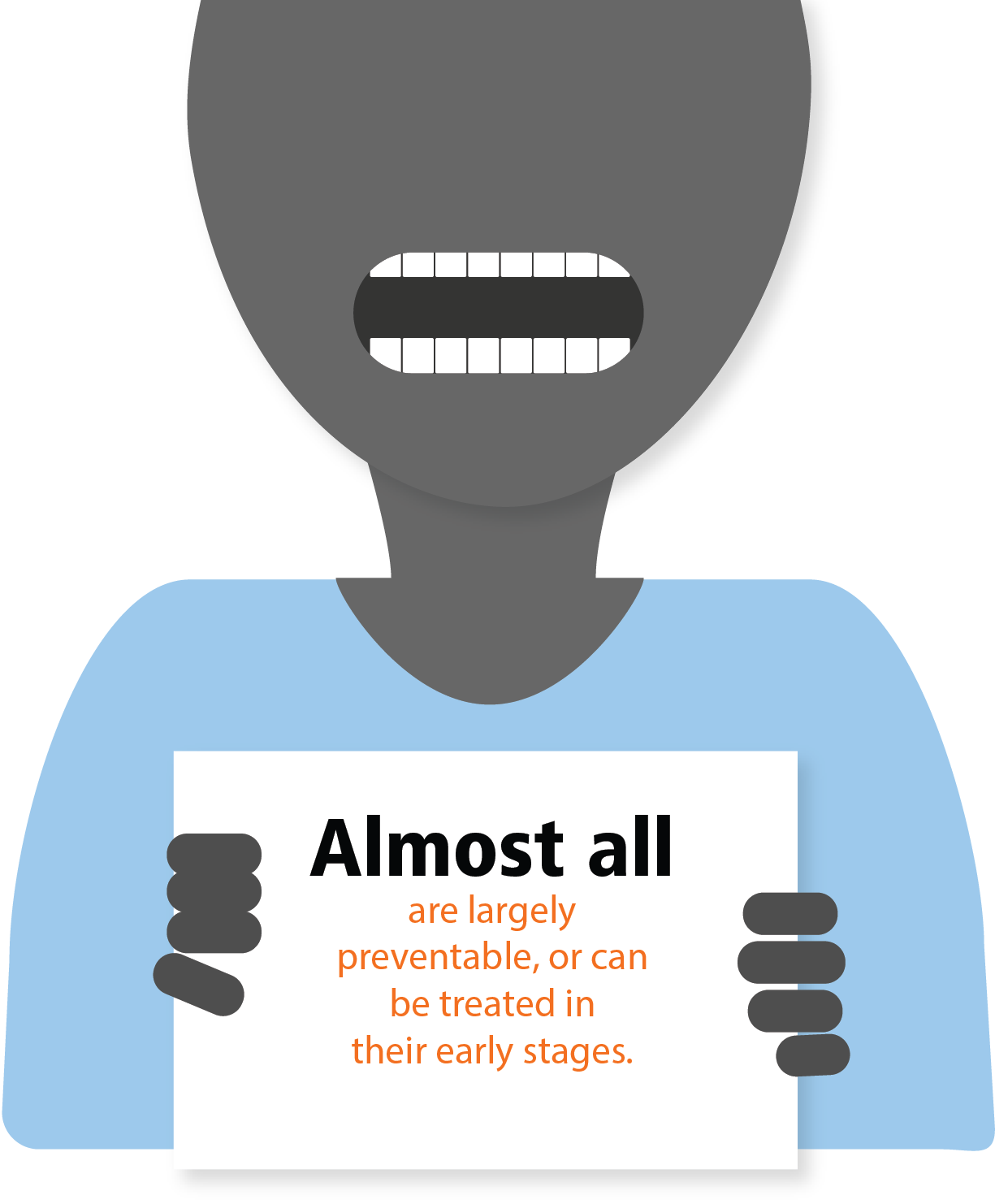 There are six conditions that make up the bulk of the oral disease burden. These are dental caries, or tooth decay; gum disease; oral cancers; oral manifestations of HIV infection; oro-dental/facial trauma; cleft lip and palate. Specifically in the African Region, the spectrum of oral diseases also includes noma, which is a necrotizing disease that affects children between the ages of 2 and 6 years. Almost all of these conditions are largely preventable, or can be treated in their early stages.

Untreated dental caries/tooth decay of permanent teeth is one of the most prevalent diseases globally, and approximately 30% of the population was estimated to be suffering from decay of their permanent teeth in the WHO African Region in 2017.

Dental caries/tooth decay occur when microbial biofilm (plaque) formed on the tooth surface converts the free sugars contained in food and drinks into acids that dissolve tooth enamel and dentine over time. With continued high intake of free sugars, inadequate exposure to fluoride and without regular microbial biofilm removable, tooth structures are destroyed, resulting in development of cavities and pain, impacts on oral-health-related quality of life, and, in the advanced stage, tooth loss and systemic infection.

Periodontal (gum) disease manifests as swollen, painful or bleeding gums and bad breath.  Like dental caries/tooth decay, it is caused by poor oral hygiene, but can also be caused by smoking.  In severe cases, the teeth can be detached from the gum and supporting bone and become loose.  It was estimated that approximately 12–14% of 35–44-year-olds and 22% of 60–69-year-old adults in the WHO African Region suffered from severe periodontal (gum) disease that can cause tooth loss in 2017.

Oral cancer includes cancers of the lip and all subsites of the oral cavity, and oropharynx. They often appear initially as a persistent ulceration, and can cause pain, swelling of the soft tissue in the mouth and throat, bleeding, or difficulty in eating or speaking. The age-adjusted incidence of oral cancer (cancers of the lip and oral cavity) in the world was estimated at 4 cases per 100 000 people in 2018. However, there is wide variation across the globe: from no recorded cases to around 20 cases per 100 000 people.  Oral cancer is more common in men, in older people, and varies strongly according to socioeconomic condition.  It is reported that oral cancer is increasing in eastern and southern Africa.  This is the result of increasing tobacco use, increased alcohol consumption, and traditional practices like chewing khat and tobacco, which are carcinogenic. If detected early, oral cancers can be treated more easily.

Lesions in the mouth are common among people with HIV. Oral manifestations occur in 30–80% of people with HIV, with considerable variations depending on factors such as affordability of standard antiretroviral therapy (ART).

Oral manifestations include fungal, bacterial or viral infections of which oral candidiasis is the most common and often the first symptom early in the course of the disease. Oral HIV lesions cause pain, discomfort, dry mouth, eating restrictions and are a constant source of opportunistic infection.

Oro-dental/facial trauma is among the most frequent reasons for which people seek primary care. Trauma to the face and teeth can result from a wide range of causes, including interpersonal violence, conflict, road traffic injuries, or accidents in the home, school or workplace.  Common conditions include chipped, broken or lost teeth, dislocated jaws, and fracturing of facial bones and jawbones.  Oro-dental/facial trauma is particularly common in Africa, and while all age groups are affected, it is especially common in children.  It is estimated that as many as one in five children in Africa has suffered from a form of oro-dental/facial trauma.

Clefts of the lip and palate are heterogeneous disorders that affect the lips and oral cavity and occur either alone (70%) or as part of a syndrome, affecting more than 1 in 1000 newborns worldwide. Although genetic predisposition is an important factor for congenital anomalies, other modifiable risk factors such as poor maternal nutrition, tobacco consumption, alcohol and obesity during pregnancy also play a role. In low-income settings, there is a high mortality rate in the neonatal period. If lip and palate clefts are properly treated by surgery, complete rehabilitation is possible.

Noma is a necrotizing disease that affects children between the ages of 2 and 6 years suffering from malnutrition, affected by infectious disease, living in extreme poverty and with weakened immune systems. Noma is mostly prevalent in sub-Saharan Africa. Noma starts as a soft tissue lesion (a sore) of the gums, inside the mouth. The initial gum lesion then develops into an ulcerative, necrotizing gingivitis that progresses rapidly, destroying the soft tissues and further progressing to involve the hard tissues and skin of the face.

In 1998, WHO estimated that there were 140 000 new cases of noma annually. A 2007 WHO survey revealed that 39 countries in the WHO African Region had reported cases of noma, although Burkina Faso, Ethiopia, Mali, Niger, Nigeria and Senegal are the countries with the highest burden of the disease. Without treatment, noma is fatal in 90% of cases. Where noma is detected at an early stage, its progression can be rapidly halted, through basic hygiene, antibiotics and nutritional rehabilitation. Such early detection helps to prevent suffering, disability and death. However, the great majority of affected communities in Africa are situated in periurban and rural areas where traditional beliefs and stigma are prevalent, and early detection, diagnosis and access to care are difficult. Survivors suffer from severe facial disfigurement, have difficulty speaking and eating, face social stigma, and require complex surgery and rehabilitation. 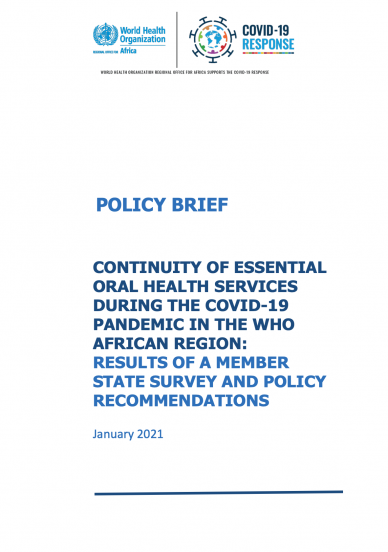 Continuity of essential oral health services during the COVID-19 pandemic in the who African region: Results of a member state survey and policy recommendations

The COVID-19 pandemic has disrupted essential health services globally, raising particular concerns in the African Region on account of the low resilience of its health systems. Overstretched health systems can be overwhelmed easily by the increasing focus on COVID-19 and its response (1). Additionally, health care-seeking behaviour has been affected by various factors, such as movement restrictions and concerns about infection risks at health care facilities, especially during the initial months of the COVID-19 pandemic.