Onchocerciasis, or river blindness, is a parasitic eye and skin disease. It is caused by a worm (filaria) and is transmitted to humans through a type of biting blackfly. These flies breed in fast-flowing streams and rivers within intertropical zones, increasing the risk of blindness to individuals living nearby.

Once in the body, female adult worms release up to 1000 eggs per day. These move through the body, and when they die they become very toxic to the skin and eyes. The symptoms of onchocerciasis include skin rashes, lesions, intense itching and skin depigmentation. River blindness is the world's second leading infectious cause of blindness.

The worms can be found in all internal tissues of the eye – except the lens – where they cause eye inflammation, bleeding and other complications. After repeated years of exposure, these lesions may lead to irreversible blindness and disfigurative skin diseases that are often called "leopard" skin or "lizard" skin.

About 90% of the disease occurs in the African Region. In some communities, about 50% of men over the age of 40 have been blinded by the disease. People often flee the fertile river valleys to settle in safer, less productive upland country.

Onchocerciasis – or “river blindness” – is a parasitic disease caused by the filarial worm Onchocerca volvulus transmitted by repeated bites of infected blackflies (Simulium spp.). These blackflies breed in fast-flowing rivers and streams, mostly in remote villages located near fertile land where people rely on agriculture.

In the human body, the adult worms produce embryonic larvae (microfilariae) that migrate to the skin, eyes and other organs. When a female blackfly bites an infected person during a blood meal, it also ingests microfilariae which develop further in the blackfly and are then transmitted to the next human host during subsequent bites.

Onchocerciasis is an eye and skin disease. Symptoms are caused by the microfilariae, which move around the human body in the subcutaneous tissue and induce intense inflammatory responses when they die. Infected people may show symptoms such as severe itching and various skin changes. Some infected people develop eye lesions which can lead to visual impairment and permanent blindness. In most cases, nodules under the skin form around the adult worms.

Onchocerciasis is also transmitted in Yemen and the Americas. As of 20 July 2016, transmission of the parasite of onchocerciasis is still ongoing in Brazil and Venezuela (Bolivarian Republic of).

There is no vaccine or medication to prevent infection with O. volvulus.

Between 1974 and 2002, disease caused by onchocerciasis was brought under control in West Africa through the work of the Onchocerciasis Control Programme (OCP), using mainly the spraying of insecticides against blackfly larvae (vector control) by helicopters and airplanes. This has been supplemented by large-scale distribution of ivermectin since 1989.

The OCP relieved 40 million people from infection, prevented blindness in 600 000 people, and ensured that 18 million children were born free from the threat of the disease and blindness. In addition, 25 million hectares of abandoned arable land were reclaimed for settlement and agricultural production, capable of feeding 17 million people annually.

The African Programme for Onchocerciasis Control (APOC) was launched in 1995 with the objective of controlling onchocerciasis in the remaining endemic countries in Africa and closed at the end of 2015 after beginning the transition to onchocerciasis elimination. Its main strategy has been the establishment of sustainable community-directed treatment with ivermectin (CDTI) and vector control with environmentally-safe methods where appropriate.

In 2015, more than 114 million people were treated in in Africa where the strategy of CDTI was being implemented, representing approximately 60% coverage of the number of people who require treatment globally.

After the closure of APOC, a new programme was launched in the African Region. The Expanded Special Project for the Elimination of Neglected Tropical Diseases in Africa (ESPEN) was officially launched at the World Health Assembly in May 2016. Among its many roles, it will initially focus on several priority countries to support their neglected tropical diseases (NTDs) programmes, including their onchocerciasis programmes, and will create a pool of experts that can provide technical assistance to all member countries. ESPEN, like OCP and APOC, is housed in the WHO Regional Office for Africa.

The Onchocerciasis Elimination Program of the Americas (OEPA) began in 1992 with the objective of eliminating ocular morbidity and interruption of transmission throughout the Americas by 2015 through biannual large-scale treatment with ivermectin. All 13 foci in this region achieved coverage of more than 85% in 2006, and transmission was interrupted in 10 of the 13 foci by the end of 2011. At the end of 2016, 1 of the 3 remaining foci was undergoing post-treatment surveillance after having stopped ivermectin treatment and 2 foci remained under treatment. Elimination efforts are now focused on the Yanomami people living in Brazil and Venezuela (Bolivarian Republic of).

Following successful large-scale treatment of populations in affected areas with the support of international partners, Colombia and Ecuador were able to stop transmission of the disease in 2007 and 2009 respectively. Mexico and Guatemala were also able to stop transmission in 2011. Elimination efforts are now focused on the Yanomami people living in Brazil and Venezuela (Bolivarian Republic of).

On 5 April 2013, the Director-General of WHO issued an official letter confirming that Colombia has achieved elimination of onchocerciasis. Colombia was the first country in the world to be verified and declared free of onchocerciasis by WHO. This has been followed by Ecuador in September 2014, Mexico in July 2015, and Guatemala in July 2016.

WHO recommends treating onchocerciasis with ivermectin at least once yearly for between 10 to 15 years. Where O. volvulus co-exists with Loa loa, treatment strategies have to be adjusted. Loa loa is a parasitic filarial worm that is endemic in Cameroon, the Central African Republic, Congo, the Democratic Republic of the Congo, Nigeria and South Sudan. Treatment of individuals with high levels of L. loa in the blood can sometimes result in severe adverse events. In affected countries, it is recommended to follow the Mectizan Expert Committee (MEC)/APOC recommendations for the management of severe adverse events.

WHO headquarters provides administrative, technical and operational research support to the 3 regions in which onchocerciasis is transmitted.

The WHO Regional Office for Africa, which had an overall supervisory role for OCP from 1975 to 2002 and APOC from 1995 to 2015, will now supervise ESPEN, which will play an important role in the coordination of NTD control and elimination activities.

Through the OEPA partnership, WHO collaborates with endemic countries and international partners in the WHO Region of the Americas. Although there is no official special programme to coordinate activities in the WHO Eastern Mediterranean Region, the two countries in the region collaborate on elimination activities.

END_OF_DOCUMENT_TOKEN_TO_BE_REPLACED 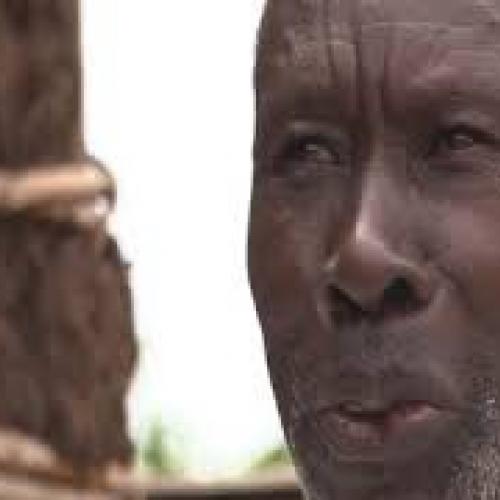