Lassa fever is an acute viral haemorrhagic illness caused by Lassa virus, a member of the arenavirus family of viruses. Humans usually become infected through aerosol or direct contact with excreta of infected rodents.

Lassa fever can also be spread between humans through direct contact with the blood, pharyngeal secretions, urine, faeces or other body secretions of an infected person. Person-to-person transmission of Lassa fever has occurred in health care settings after exposure to blood and secretions of infected patients.

The incubation period for Lassa fever ranges from 2 to 21 days. About 80% of human Lassa fever infections are mild or asymptomatic. Fever, general weakness and malaise are usually the first symptoms to appear in symptomatic patients.

Lassa fever is difficult to distinguish from many other diseases which cause fever, including malaria, shigellosis, typhoid fever, yellow fever and other viral haemorrhagic fevers. The overall case fatality ratio is 1% to 15% among hospitalized patients. Ribavirin is effective treatment for Lassa fever is given early in the course of clinical illness.

Lassa fever is known to be endemic in Guinea, Liberia, Nigeria and Sierra Leone, but probably exists in other West African countries as well.

Though first described in the 1950s, the virus causing Lassa disease was not identified until 1969. The virus is a single-stranded RNA virus belonging to the virus family Arenaviridae.

About 80% of people who become infected with Lassa virus have no symptoms. 1 in 5 infections result in severe disease, where the virus affects several organs such as the liver, spleen and kidneys.

Lassa fever is a zoonotic disease, meaning that humans become infected from contact with infected animals. The animal reservoir, or host, of Lassa virus is a rodent of the genus Mastomys, commonly known as the “multimammate rat.” Mastomys rats infected with Lassa virus do not become ill, but they can shed the virus in their urine and faeces.

The incubation period of Lassa fever ranges from 6–21 days. The onset of the disease, when it is symptomatic, is usually gradual, starting with fever, general weakness, and malaise. After a few days, headache, sore throat, muscle pain, chest pain, nausea, vomiting, diarrhoea, cough, and abdominal pain may follow. In severe cases facial swelling, fluid in the lung cavity, bleeding from the mouth, nose, vagina or gastrointestinal tract and low blood pressure may develop.

Protein may be noted in the urine. Shock, seizures, tremor, disorientation, and coma may be seen in the later stages. Deafness occurs in 25% of patients who survive the disease. In half of these cases, hearing returns partially after 1–3 months. Transient hair loss and gait disturbance may occur during recovery.

Death usually occurs within 14 days of onset in fatal cases. The disease is especially severe late in pregnancy, with maternal death and/or fetal loss occurring in more than 80% of cases during the third trimester.

Humans usually become infected with Lassa virus from exposure to urine or faeces of infected Mastomys rats. Lassa virus may also be spread between humans through direct contact with the blood, urine, faeces, or other bodily secretions of a person infected with Lassa fever. There is no epidemiological evidence supporting airborne spread between humans. Person-to-person transmission occurs in both community and health-care settings, where the virus may be spread by contaminated medical equipment, such as re-used needles. Sexual transmission of Lassa virus has been reported.

Lassa fever occurs in all age groups and both sexes. Persons at greatest risk are those living in rural areas where Mastomys are usually found, especially in communities with poor sanitation or crowded living conditions. Health workers are at risk if caring for Lassa fever patients in the absence of proper barrier nursing and infection prevention and control practices.

Because the symptoms of Lassa fever are so varied and non-specific, clinical diagnosis is often difficult, especially early in the course of the disease. Lassa fever is difficult to distinguish from other viral haemorrhagic fevers such as Ebola virus disease as well as other diseases that cause fever, including malaria, shigellosis, typhoid fever and yellow fever.

Definitive diagnosis requires testing that is available only in reference laboratories. Laboratory specimens may be hazardous and must be handled with extreme care. Lassa virus infections can only be diagnosed definitively in the laboratory using the following tests:

There is currently no vaccine that protects against Lassa fever.

Prevention of Lassa fever relies on promoting good “community hygiene” to discourage rodents from entering homes. Effective measures include storing grain and other foodstuffs in rodent-proof containers, disposing of garbage far from the home, maintaining clean households and keeping cats. Because Mastomys are so abundant in endemic areas, it is not possible to completely eliminate them from the environment. Family members should always be careful to avoid contact with blood and body fluids while caring for sick persons.

In health-care settings, staff should always apply standard infection prevention and control precautions when caring for patients, regardless of their presumed diagnosis. These include basic hand hygiene, respiratory hygiene, use of personal protective equipment (to block splashes or other contact with infected materials), safe injection practices and safe burial practices.

Health-care workers caring for patients with suspected or confirmed Lassa fever should apply extra infection control measures to prevent contact with the patient’s blood and body fluids and contaminated surfaces or materials such as clothing and bedding. When in close contact (within 1 metre) of patients with Lassa fever, health-care workers should wear face protection (a face shield or a medical mask and goggles), a clean, non-sterile long-sleeved gown, and gloves (sterile gloves for some procedures).

Laboratory workers are also at risk. Samples taken from humans and animals for investigation of Lassa virus infection should be handled by trained staff and processed in suitably equipped laboratories under maximum biological containment conditions.

On rare occasions, travellers from areas where Lassa fever is endemic export the disease to other countries. Although malaria, typhoid fever, and many other tropical infections are much more common, the diagnosis of Lassa fever should be considered in febrile patients returning from West Africa, especially if they have had exposures in rural areas or hospitals in countries where Lassa fever is known to be endemic. Health-care workers seeing a patient suspected to have Lassa fever should immediately contact local and national experts for advice and to arrange for laboratory testing.

The Ministries of Health of Guinea, Liberia and Sierra Leone, WHO, the Office of United States Foreign Disaster Assistance, the United Nations, and other partners have worked together to establish the Mano River Union Lassa Fever Network. The programme supports these 3 countries in developing national prevention strategies and enhancing laboratory diagnostics for Lassa fever and other dangerous diseases. Training in laboratory diagnosis, clinical management, and environmental control is also included.

END_OF_DOCUMENT_TOKEN_TO_BE_REPLACED 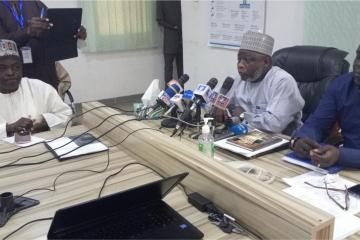 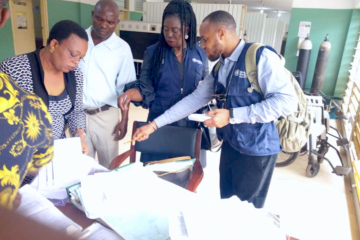 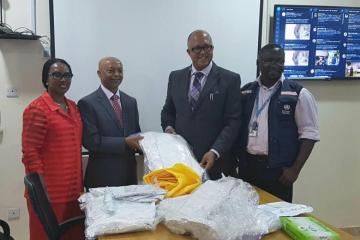 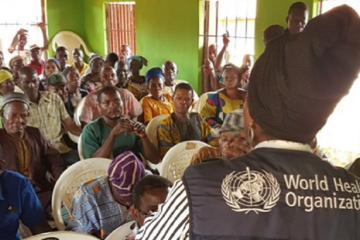 On the trail of Lassa fever in southern Nigeria