Guinea-worm disease, or dracunculiasis, is a parasitic disease that is transmitted through drinking stagnant water that has been contaminated with a tiny parasite-infected flea. Once inside the body, the larvae can mature into worms that grow up to 1 metre in length.

Symptoms of guinea-worm disease do not usually occur until one year after infestation. A person may develop a fever, swelling and pain in the area where the adult worm is ready to come out. The location may vary but 90% of the worms come out in the legs and feet.

People in rural communities in the Region often do not have access to health care services. Removing the worm can take several days to several weeks. When the worm comes out of the skin, it can be very painful, slow and disabling. Secondary bacterial infections often develop as a result of open wounds. There is no drug to treat guinea-worm disease and no vaccine to prevent re-infection year-after-year.

Tremendous progress has been made in guinea-worm eradication efforts. The annual incidence has decreased from 892 640 in 1989 to 542 cases in 2012. Only four countries in the Region report incidence of guinea-worm disease: Chad, Ethiopia, Mali and South Sudan.

Ministers of Health of guinea worm disease-affected countries have reiterated their commitment to breaking transmission of the disease by the end of 2015.  From 1 January to 30 April 2015, only three confirmed cases have been reported to WHO.  The four endemic countries reported a total of 126 confirmed cases in 2014: Chad (13 cases), Ethiopia (3), Mali (40) and South Sudan (70).

Addressing the sub-session on eradicating guinea worm and getting to zero transmission in 2015, Dr Matshidiso Moeti, WHO Regional Director for Africa congratulated all countries for the significant progress made in eliminating guinea worm disease.  These efforts have underscored WHO’s commitment to break the transmission and get to zero cases.  Dr Moeti also welcomed and acknowledged the presence of the last patient from Ghana who was infected with guinea worm disease, Ms Azaratu Zakaria Yakubu.  Indeed, this is a practical example of the possibility of total eradication of the disease.

According to Ms Azaratu Zakaria Yakubu, guinea worm disease changed her livelihood.  She was in constant pain and could not go out of the house.  Her children dropped out of school because she could not work to pay for their school fees.

Reported cases of guinea worm disease reduced from 3.5 million per year in 1986 to 126 in 2014.  Reduction of the annual incidence of the disease was by more than 99.99% in the region.  Since the certification of the first three countries in 1998, the number of countries of the Region declared free of local transmission of guinea worm has increased to seven countries at the beginning of 2004 and to 40 in the beginning of January 2015.

According to Dr Moeti, transmission can be interrupted because between January and April 2015, there were only three cases reported which all come from chad as compared to 11 cases during the same period in 2014.

In a separate time with the media event, Ministers were interviewed about their lessons and commitment to the eradication of guinea worm disease.  Speaking to the media, Dr Makur Kariom, the undersecretary, Ministry of Health, Republic of South Sudan, echoed that the progress made in the fight against guinea worm disease was as a result of good leadership and combined efforts of all the team on the ground, WHO and that of all partners.

One of the major achievements is in South Sudan which, despite the recent civil unrest, has maintained zero transmission since November 2014.  From January to March 2015, South Sudan has investigated 2994 rumours. A total of 39 specimens sent for laboratory analysis have tested negative for guinea worm (dracunculus medinensis).  WHO donated 12 vehicles and 288 bicycles to the South Sudan Ministry of Health in April 2015.  One of the vehicles and 75 of the bicycles have been added to the national programme’s existing fleet.

In another interviewee, Mr Hassan Nguiadoum, State Secretary of Health, Republic of Chad, stressed the importance for dog owners to keep their animals off the street and public places if infected with guinea worm because these dogs could start the transmission process.  WHO and its partners are working closely with the national eradication programme in Chad and several measures are being implemented to interrupt transmission of the disease, including in the canine population.

Besides the four endemic countries, a further three countries require certification from WHO in the African Region: Kenya (in the pre-certification stage) and Angola and the Democratic Republic of Congo (which need verification to confirm zero indigenous cases).

The WHO Roadmap on neglected tropical diseases targets global interruption of guinea worm transmission by the end of 2015. If this is achieved, it will take the world another 3 years of heightened surveillance to ensure total elimination.  These efforts to accelerate the elimination of the disease need the continued support and involvement of endemic countries, donor community, drug companies, and partners.

A painful and debilitating disease – dracunculiasis, commonly known as guinea-worm disease – is on the verge of eradication due to a highly focused international public health initiative that uses inexpensive, practical interventions in target areas.

In the mid 1980s, the parasitic infection was widespread in 20 countries worldwide, 16 of which were in Africa, with more than 3.5 million people infected. In 2010, fewer than 1800 cases were reported.

END_OF_DOCUMENT_TOKEN_TO_BE_REPLACED 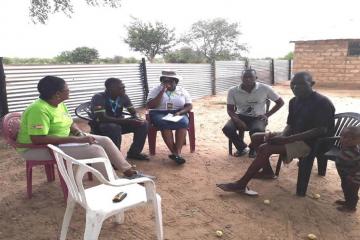 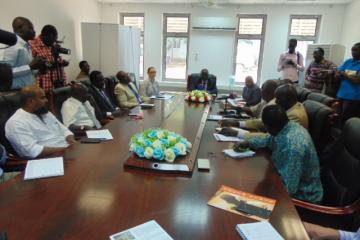 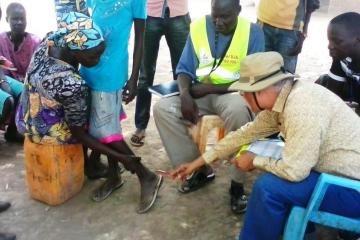 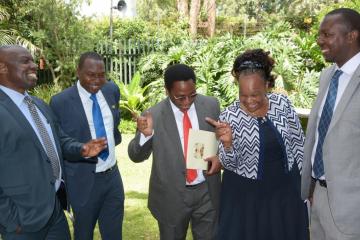