Communicable, or infectious diseases, are caused by microorganisms such as bacteria, viruses, parasites and fungi that can be spread, directly or indirectly, from one person to another. Some are transmitted through bites from insects while others are caused by ingesting contaminated food or water.

A variety of disease-producing bacteria and viruses are carried in the mouth, nose, throat and respiratory tract. Conditions such as leprosy, tuberculosis (TB) and different strains of influenza (flu) can be spread by coughing, sneezing, and saliva or mucus on unwashed hands.

Sexually transmitted infections (STIs) such as HIV and viral hepatitis are spread through the exposure to infective bodily fluids such as blood, vaginal secretions and semen. Hepatitis is a significant concern in the African Region and the majority of people living with hepatitis B and C are unaware of their infections.

Insects play a significant role in the transmission of disease. Bites from Anopheles mosquitoes transmits malaria parasites that can wreak havoc on high-risk populations such as children under age 5 and pregnant women. Yellow fever has also seen resurgence due to reduced vaccination efforts. Many neglected tropical diseases are caused by unsafe water, poor housing conditions and poor sanitation in the Region.

END_OF_DOCUMENT_TOKEN_TO_BE_REPLACED 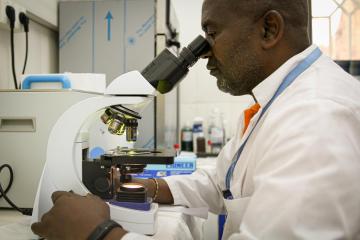 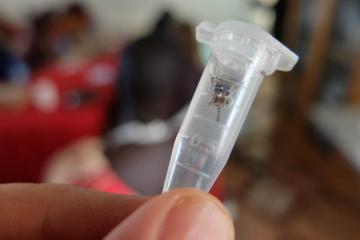