Dr Abdou Salam Gueye is the Regional Emergency Director, with expertise in health security, emergency outbreak response, epidemiology, use of information technology in global health and health system strengthening. He previously was the WHO Representative for Mauritania.

Dr Gueye came to WHO in 2017 as the lead Incident Manager of major outbreaks in Africa. Prior to joining WHO, he worked for the United States Centers for Disease Control and Prevention for more than a decade in a variety of capacities, including as the Field Response Lead during the West Africa Ebola epidemic, Benin Country Representative, Strategic Information Officer in the Atlanta headquarters, Associate Director for Science in Cote d’Ivoire and Director of the Global Health Protection Program in the Democratic Republic of the Congo.

A Fulbright fellowship recipient, Dr Gueye first worked in Senegal as a district chief medical officer before becoming an assistant professor at the University of Dakar. He also served as a United Nations peacekeeping medical officer in the Democratic Republic of the Congo.

Dr Gueye holds a medical doctorate and master’s degree in public health from the University of Dakar in his native Senegal and a PhD in biomedical informatics from the University of Utah in the United States. He is co-founder and editorial board member of the Pan African Medical Journal and also founded the Institut Mere Enfant de Kaolack. He has published dozens of peer-reviewed scientific journals. In 2019, he won the US CDC Charles C. Shepard Science Award. 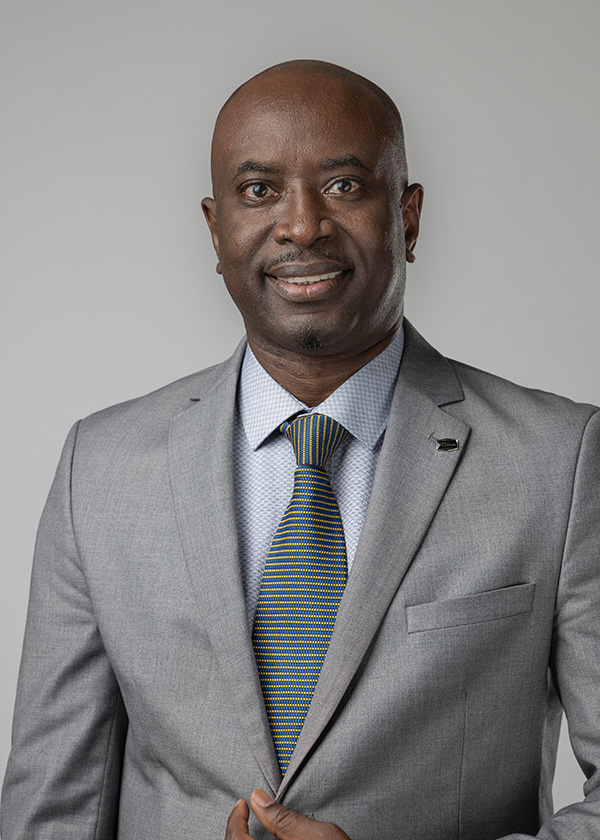