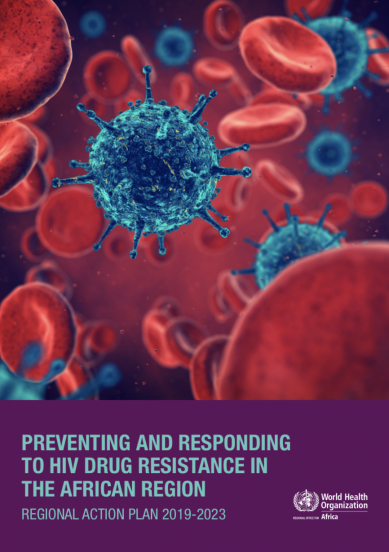 WHO and the Joint United Nations Programme on HIV/ AIDS (UNAIDS) have set the target of 90% of people living with HIV on antiretroviral therapy (ART) achieving virological suppression by 2020. However, the potential positive impact from the scale-up of ART is under threat from an increase in the prevalence of HIV drug resistance (HIVDR). As the prevalence of HIVDR in the African Region increases, the impact on society, the economy and on health could be severe (2,3). If the prevalence of pretreatment HIV drug resistance (PDR) to non-nucleoside reverse-transcriptase inhibitors (NNRTIs) in sub-Saharan Africa exceeds 10% and NNRTIs continue to be used in first-line ART regimens, over a five-year period, NNRTI PDR may be responsible for a cumulative 135 000 AIDS-related deaths, 105 000 new HIV infections and an additional US$ 650 million will be spent on ARVs in sub-Saharan Africa.