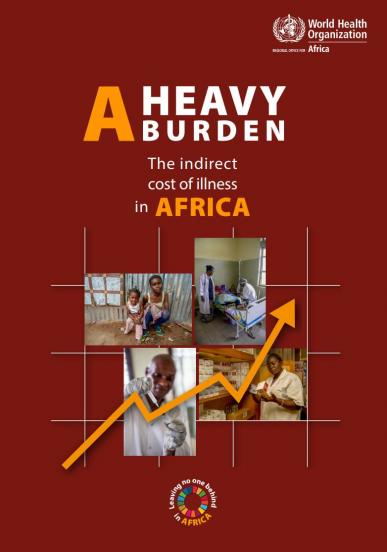 A Heavy Burden: The Productivity Cost of Illness in Africa

The diseases afflicting the African population are responsible for a substantial loss in health, estimated at 704 765 879 DALYs in 2015 alone. In the WHO African Region, total losses amounted to 629 603 271 DALYs. Out of that total, 416 671 978 DALYs (59.1%) were from communicable, maternal, perinatal and nutritional conditions; 216 073 399 DALYs (30.7%) were from non-communicable diseases (NCDs) and 71 551 401 DALYs (10.2%) were from injuries. Five countries (the Democratic Republic of the Congo, Ethiopia, Nigeria, South Africa and the United Republic of Tanzania) accounted for almost 50% of the total DALYs accrued in the Region.

This study quantifies the GDP losses associated with these DALYs. Losses are estimated for all causes of DALYs by age group, by World Bank income group classification of countries and by regional economic community (REC). The estimated GDP losses due to ill-health, disability and premature death vary substantially by age and disease categories and by economic group and REC.

A heavy burden: the productivity cost of illness in Africa