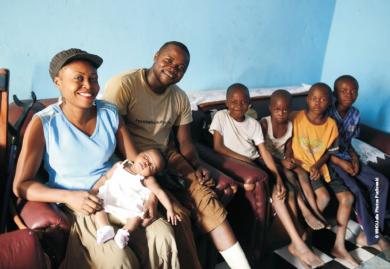 Sexually Transmitted Infections (STIs) are a highly endemic public health challenge in the African Region and worldwide. At global level, it is estimated that each year there are 357 million new cases of the four major curable STIs among people aged 15–49 years: chlamydia infection (131 million), gonorrhoea (78 million), syphilis (6 million) and trichomoniasis (142 million). The prevalence of some viral STIs is similarly high, with an estimated 417 million people infected with herpes simplex type 2, and approximately 291 million women harbouring the human papillomavirus (HPV). The African Region is particularly affected with a high prevalence of these infections. The total number of new cases for these four curable STIs in the Region was estimated at 63 million in 2012, representing 18% of the global incidence.