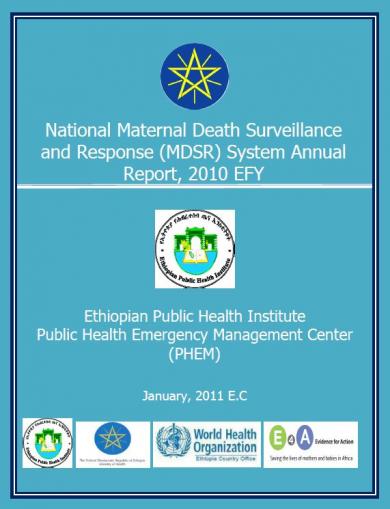 The national Maternal Death Surveillance and Response (MDSR) system has been implemented for the last five years nationwide. This is the first annual report to present trends in data since the 2006 Ethiopian Fiscal Year (EFY) introduction of the system.