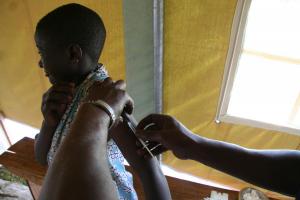 Kampala, Uganda June 19, 2019 – Egypt has announced that it would be providing hepatitis C testing and treatment for one million people in 14 African countries.

Speaking at the opening of the African Hepatitis Summit 2019, currently underway in Kampala, Uganda, HE Dr Hala Zaid, the Egyptian Minister of Health and Population, stated that the initiative would be implemented with the support of the World Health Organization (WHO). The initiative will be undertaken in countries that bear a high hepatitis burden:  Burundi, Chad, the Democratic Republic of Congo, Djibouti, Equatorial Guinea, Eritrea, Ethiopia, Kenya, Mali, Somalia, South Sudan, Sudan, Tanzania and Uganda.

The Minister said, “Egypt has pledged to provide technical support, expertise and screening software, as well as free treatment for one million of our African sisters and brothers with hepatitis C for 3 months as part of our role on the continent. We are following the WHO screening and treatment guidelines.”

Every year, more than 200 000 people in the WHO African Region are dying from complications of viral hepatitis B- and hepatitis C-related liver disease, including cirrhosis and liver cancer. More than 10 million people in the Region are infected with hepatitis C, most likely due to unsafe injection practices within health facilities or communities. Sixty million people, or one in 15 people, in the Region were living with chronic hepatitis B infection in 2015.

“We welcome this south-south cooperation and support to the countries in our Region from Egypt,” said Dr Matshidiso Moeti, the WHO Regional Director for Africa. “Viral hepatitis C is a growing health challenge in the Region that for too long has been largely ignored. With the generous support of Egypt we can turn this epidemic around.”

Egypt has one of the world’s largest hepatitis C epidemics with nearly 40 000 people dying each year of liver failure and liver cancers associated with the disease. The new initiative follows an ambitious Egyptian campaign, dubbed ‘100 million healthier lives’ which began in October 2018. More than 60 million Egyptians have been screened for hepatitis C and assessed for noncommunicable diseases. Representatives from the campaign are attending the Summit to share lessons learned from the intensive health initiative.

In May 2016, 194 Member States from across the globe committed to eliminate viral hepatitis by 2030 (defined as a 90% reduction in new cases and 65% reduction in deaths).

“While viral hepatitis remains a common public health threat in WHO’s African and Eastern Mediterranean Regions, it represents an opportunity for cross-regional collaboration. I am delighted to see Egypt expanding its successful initiative in eliminating hepatitis C to its continent. This is indeed a promising step towards our goal of health for all by all,” said Dr Ahmed Al-Mandhari, WHO Regional Director for the Eastern Mediterranean.