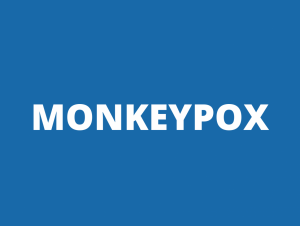 Brazzaville, 31 May 2022 – Seven African countries have cumulatively reported to the World Health Organization (WHO) nearly 1400 monkeypox cases (1392 suspected, 44 confirmed) so far this year. This case count is for the year up until mid-May and is based on preliminary reports.

WHO and partners are working to better understand the magnitude and cause of a global monkeypox outbreak which is atypical as many cases are being reported in non-endemic countries that have not previously had significant spread among people with no travel to endemic zones.

“We must avoid having two different responses to monkeypox – one for Western countries which are only now experiencing significant transmission and another for Africa,” said Dr Matshidiso Moeti, WHO Regional Director for Africa. “We must work together and have joined-up global actions which include Africa’s experience, expertise and needs. This is the only way to ensure we reinforce surveillance and better understand the evolution of the disease, while scaling up readiness and response to curb any further spread.”

Monkeypox was first detected in humans in 1970 in the African region and since then most cases have been reported in rural and rainforest areas. For decades only a few cases were reported sporadically. Then in 2017, there was a sudden spike, with more than 2800 suspected cases reported in five countries. This surge continued, peaking in 2020 with more than 6300 suspected cases, with the Democratic Republic of the Congo accounting for 95% of the total. The numbers then dropped last year to around 3200 suspected cases. The reasons for these spikes are not fully known but may be due to deforestation and the encroachment of people into the habitats of monkeypox animal hosts.

“Africa has successfully contained past monkeypox outbreaks and from what we know about the virus and modes of transmission, the rise in cases can be stopped,” said Dr Moeti. “It is critical that the continent has equal access to effective monkeypox vaccines and that globally we ensure vaccine doses reach every community in need. While parts of the continent might have built up some immunity against the disease, there are populations that are particularly vulnerable such as health workers and contacts of cases.”

Working closely with African countries, regional institutions, technical and financial partners, WHO is supporting efforts to bolster laboratory diagnosis, disease surveillance, readiness and response actions to prevent further infections. The Organization is also providing expertise through crucial technical guidance on testing, clinical care, preventing and controlling infections as well on how to inform and educate the public about monkeypox and its risks, and how to collaborate with communities to support disease control efforts.

Monkeypox is a viral disease that can spread from animals to humans but can also spread between people through close contact with an infected person, and /or objects including clothes and bedsheets as well as droplets. Symptoms typically include skin rash or lesions, fever, intense headache, muscle aches, back pain, low energy and swollen lymph nodes and last from two to four weeks. In many patients, the symptoms clear up on their own but severe cases and even death can occur. The case fatality ratio, or the percent of people dying compared to those diagnosed, is around 3-6%.