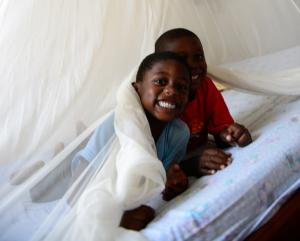 19 November 2018, Maputo/Geneva - Reductions in malaria cases have stalled after several years of decline globally, according to the new World malaria report 2018. To get the reduction in malaria deaths and disease back on track, WHO and partners are joining a new country-led response, launched today, to scale up prevention and treatment, and increased investment, to protect vulnerable people from the deadly disease.

For the second consecutive year, the annual report produced by WHO reveals a plateauing in numbers of people affected by malaria: in 2017, there were an estimated 219 million cases of malaria, compared to 217 million the year before. But in the years prior, the number of people contracting malaria globally had been steadily falling, from 239 million in 2010 to 214 million in 2015.

“Nobody should die from malaria. But the world faces a new reality: as progress stagnates, we are at risk of squandering years of toil, investment and success in reducing the number of people suffering from the disease,” says Dr Tedros Adhanom Ghebreyesus, WHO Director-General. “We recognise we have to do something different – now. So today we are launching a country-focused and -led plan to take comprehensive action against malaria by making our work more effective where it counts most – at local level.”