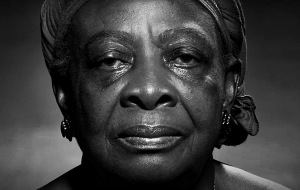 Healthy ageing is the process of developing and maintaining the functional ability that enables wellbeing in older age. The number of older people in the African Region is projected to triple from 54 million in 2020 to 163 million by 2050, with significant health, social and environmental implications.

However, countries in the African region are not prepared to respond to the needs of an ageing population. Only 57% of countries in the region have developed a national strategy on healthy ageing, and 11% have started creating age-friendly environments. Key issues include limited capacity for planning and management of ageing programs, lack of financial resources and skilled workforce, weak health system, lack of integrated care of older people, inadequate long-term care, older people’s stigmatization, and violence against older people that have been exacerbated during COVID 19 pandemic.

“Ageism refers to how we think (stereotypes), feel (prejudice) and act (discrimination) towards others or ourselves based on age. 1 in 2 people are ageist towards older people and this is very harmful” said Françoise Bigirimana, Medical Officer in charge (acting) of Heathy Ageing at WHO Regional Office for Africa.

WHO is conducting several actions to support Member States to face this situation. The Decade of Healthy Ageing 2021-2030 has been adopted by the 73d World Health Assembly and endorsed by the seventy-fifth session of the UN General Assembly on healthy ageing in the context of SDGs WHO Member States has recently adopted a regional framework on healthy ageing in Africa as a regional guide for the period of 2021-2030. In this framework, combatting ageism is among key issues and priority actions. Also, WHO launched the Global Report on Ageism that provides evidence on the nature and magnitude of ageism, its determinants, and its impact, including in the African Region.

“Teaching is in my blood. It is no surprise I felt devastated when I was told at the age of 50 that I must stop working. They told me I was old and that I should allow young people to do the teaching.” said Gertrude from Kenya

The two institutions – WHO in the African Region and HelpAge International - are organizing a regional campaign on ageism to raise awareness and advance concrete actions to combat ageist attitudes and practices in context of the global campaign to combat ageism launched in March 2021 by WHO and partners.

The ageism campaign started with a webinar that took place on the 31st August 2021. Around 90 people, from WHO/AFRO country offices staff and HelpAge International staff/network members as part of the internal conversation to raise awareness on ageism, to provide evidence on the prevailing ageist attitudes in the African region. The main objectives of the webinar were to raise awareness on the magnitude and impact of ageism, strengthen capacity and share resources, tools to combat ageism in the African Region, establish a community of advocates to change the narrative around age and ageing that would include young people/youth-focused organizations.

The campaign itself will happen in October 2021 made by national events synchronized in the 47 WHO/AFRO Member States on 1st October during the International Day of Older people, led by Ministries of Health and or Social affairs in the WHO Member States with involvement of other stakeholders.

The official theme of the International Day of Older people day is 'Digital Equity for All Ages'.