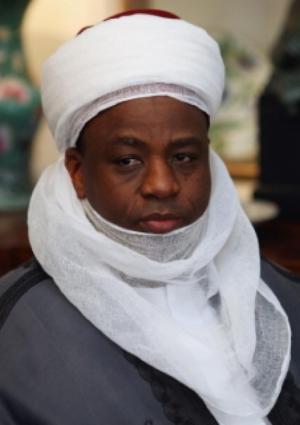 Abuja, 08 August, 2014 - The Sultan of Sokoto, His Eminence, Alhaji Sa’ad Abubakar lll, has re-assured WHO and other GPEI Partners in Nigeria of his resolve to utilize the capacities of the Sultanate Council and other resources at his disposal to reawaken the commitment of traditional leaders towards Polio eradication, disease surveillance and routine immunization who in turn, will raise public awareness to unprecedented levels until interruption of polio transmission is achieved in Nigeria.

Sultan Abubakar Ill, also the head of Jama’atu Nasril Islam (Society for the Support of Islam, JNI), and President-General of the Nigerian National Supreme Council for Islamic Affairs (NSCIA), gave the affirmation while addressing the eighty five (85) District Heads in Sokoto State at his palace in a meeting convened at the behest of State Ministry of health, WHO and other GPEI partners, preparatory to the next Immunization Plus Days which commences from 9th-12th August, 2014.

At the gathering, the Sultan, urged all District Heads in the state ‘not to relent until the battle is won against the paralyzing disease’ since the traditional and religious institutions are the dependable bastion of the polio eradication initiative given their customary roles and responsibilities as custodians of society.

The meeting also delved into and agreed on action points on the current poor categorization of Sokoto state with respect to Polio eradication, need to further strengthen surveillance for acute flaccid paralysis and other diseases of public health significance, sub-optimal demand for routine immunization by communities as well as high number of non-compliant households particularly in Wamakko, Kware, Sokoto South and North LGAs.

The Sokoto State team made up Sokoto State Primary Health Care Development Agency WHO State Field Office, UNICEF, Rotary International and Centre for Disease Control had earlier paid an advocacy visit to the Sultan to solicit his support in the face of waning political interest with looming days of 2015 electioneering campaigns by the corner.

Increased oversight of the Polio programme by traditional and religious institutions is among the top priorities of the national programme to sustain the gains made in 2014 as political oversight may decrease with the upcoming general elections. It could be recalled that the 27th Expert Review Committee had warned in its most recent report that ‘in the past, elections have distracted key political leaders and led to decline in the quality of polio eradication activities and subsequently an upsurge in polio cases. This year is absolutely critical for Nigeria, taking into account the lessons learned from 2003, 2007 and 2011 elections’.

The GPEI Partners left the palace of his Eminence with the assurance that ‘henceforth we will hold quarterly meeting with you to get a clearer picture of state PEI/RI activities and to gauge the performance of stakeholders’. 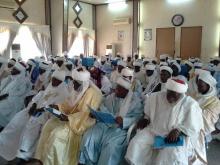 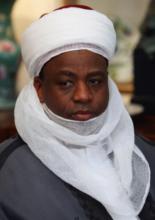