Speeding up detection to slow down Ebola: Smartphone app is game-changer for contact tracing in hotspots in the Democratic Republic of the Congo 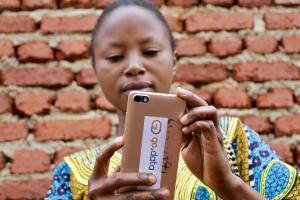 Speeding up detection to slow down Ebola: Smartphone app is game-changer for contact tracing in hotspots in the Democratic Republic of the Congo

Standing in front of her house, Kavira Kasomo chats with Léa Kanyere as if they are old friends. Kanyere shows Kasomo something on her mobile phone that makes her smile. Then Kanyere lends a hand as Kasomo hangs out her laundry. 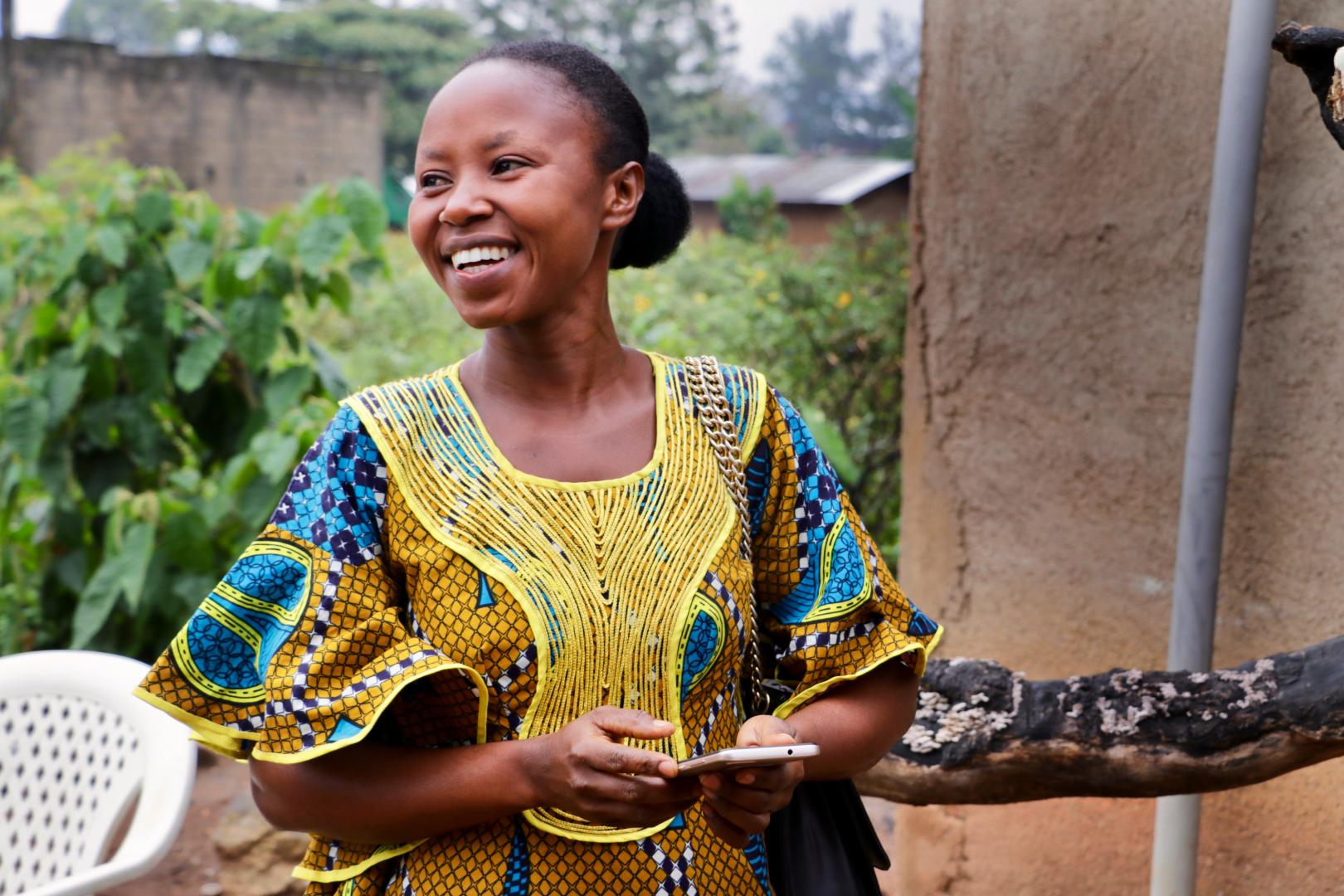 No one around them seems suspicious of Kanyere.

The only sign that she may be more than a friend comes when she takes Kasomo’s temperature. By the time Kanyere, a contract tracer working for the Ebola response, reaches the next household on her list, her supervisor sitting a few kilometres away in the health zone central office can already see Kasomo’s temperature reading and other vital information.

Until recently, following up with people who have come into contact with Ebola was a complicated task for contact tracers like Kanyere, working in one of the epicentres of the Ebola outbreak in the Democratic Republic of the Congo (DRC), where suspicion can quickly reach a fever pitch.

“We used to use paper, filling out a form each day for every contact,” she explains. “Then at the end of the day, we took the papers to our supervisors, who alerted the doctor if one of the contacts had signs of Ebola. It took a long time.”

“Another big problem for me was security,” adds Kanyere. Walking around carrying a folder of documents draws the attention of the contacts’ neighbours, especially in a neighbourhood in which many people are suspicious of any official intervention.

Community resistance has been particularly strong in Mabolio. This has hindered the response. “Sometimes when I was carrying papers, I would be chased away,” says Jean-Baptiste Kahehoro, another contact tracer, “and then I wouldn’t be able to go back for days.”

Now, Kahehoro, Kanyere and other contract tracers only need to carry their mobile phone. The information they gather can be sent to their supervisor straight from the field. This is thanks to Go.Data, a mobile application that the World Health Organization (WHO) introduced in Beni on 1 September.

Created by the Global Outbreak Alert and Response Network (GOARN) group, WHO and partner organizations, Go.Data is a major innovation in outbreak investigation tools for field data collection. “It is particularly focused on case and contact data collection and management,” says Armand Bejtullahu, the project leader at WHO and one of the chief architects of the tool. “This allows the software to produce outputs, such as contact follow-up forms and dynamic visualization of chains of transmission.”

The biggest impact of Go.Data, according to Bejtullahu, is speed. Epidemiologists can access the data almost in real time, enabling them to act quickly.

Time is vital in bringing an outbreak under control. The faster a potential Ebola case is identified and brought in for treatment the greater is the chance of survival for the patient, and the less chance there is for contamination and for the disease to spread to others.

As well as speeding up contact tracing, Go.Data helps field teams make sure contacts are not lost. Sometimes, contact tracers are not able to visit all their contacts, perhaps because insecurity in the area prevents them from accessing a household or because of other issues. “When a contact is missed,” says Dr Papy Musakasombo, the head of the Mabolio health zone, “we can see that early enough to do something about it that same day.”

For the contact tracers, using a phone means they are less likely to encounter problems in the community. “Everyone has a mobile phone,” says Josué Nebese Kaseme, who is Kanyere’s supervisor. “It’s much more discreet and easier than carrying around a lot of paper forms.” It also helps the contact feel at ease, he adds.

For epidemiologists, the visual representation of the transmission chain created by the Go.Data software is particularly valuable. It allows them to understand more easily and comprehensively how the disease spreads: which activities, environments and types of interaction are associated with high or low transmission rates. This means they can tailor the intervention to more quickly interrupt the spread.

Go.Data is already making a difference in Beni. WHO next plans to roll out the software in other Ebola hotspot areas in the DRC. The software was not designed only for Ebola, however. It can be used in any outbreak with human-to-human transmission.

“The Ebola outbreak in the DRC is our major priority,” says Bejtullahu. “Going forward, hopefully Go.Data can really revolutionize the way we tackle epidemics everywhere.”

One of the first to be trained to use the software, Kanyere hopes to teach others in Beni and further afield on using Go.Data. “I am proud of the work I do,” she says. “I want to help reach even more people.”