Malaria infections are on the rise in South Sudan, with more than 1.3 million people infected in 2017, and thousands others sick with measles and cholera

Juba, 6 September 2017 – South Sudan’s disease burden is rising rapidly in the midst of a protracted conflict that is causing widespread displacement and a major food crisis.

Malaria season is underway across much of sub-Saharan Africa, but in South Sudan it exacts a particularly heavy toll – the country’s entire population is at high risk of contracting the illness because of a fractured health system and challenges related to accessing the population due to insecurity.

An estimated 1.3 million people have fallen ill with malaria this year, while thousands are affected by cholera and measles – particularly along the Nile River and in camps for displaced people.

“Disease is a leading cause of death in South Sudan today, and malaria is the number one killer,” says Evans Liyosi, WHO South Sudan Representative a.i.

The deadly mosquito-borne disease accounts for 65 per cent of all illnesses reported in health facilities across the country. Every week it infects more than 77 500 people and kills nearly 220 – most of them children under the age of five.

South Sudan has also recorded nearly 20 000 cases of cholera and more than one thousand victims of measles since January.

The World Health Organization (WHO) and partners are working to provide critical health services to 2.7 million people targeted for health across the country, but the health response faces a staggering 84 per cent funding gap.

To help respond to disease outbreaks, WHO regularly deploys mobile medical teams to outbreak hotspots for diseases such as cholera and malaria. The teams also train frontline health workers on malaria diagnosis and treatment to improve quality of care and access to treatment.

Oral cholera vaccination campaigns have vaccinated nearly one million people against cholera – stemming the spread of the disease in areas where the vaccine was deployed. Awareness raising interventions and cholera treatment facilities have also helped to contain the spread of the waterborne illness.

To control the measles outbreak in the Greater Upper Nile Region, WHO and health partners are working to vaccinate 800 000 previously unreached children under age five by the end of the year.

Across the country, malnutrition, severe pneumonia, malaria and perinatal complications remain the most common causes of death in children under five.

WHO leads the health cluster response in South Sudan and works with the national authorities to strengthen surveillance, preparedness and response for disease outbreaks and other health emergencies. 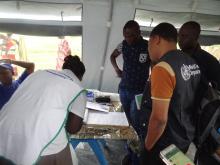 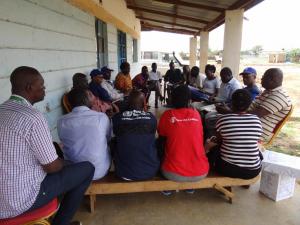