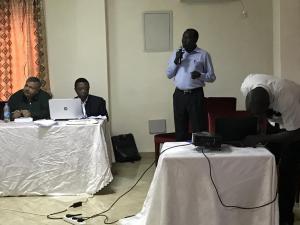 Juba, 08 November 2017: WHO South Sudan in partnership with the Ministry of Health (MoH), UNICEF and other partners, conducted a Polio Outbreak Simulation Exercise (POSE) from 7 to 8 November 2017 at Juba Landmark Hotel to renew the commitment and evaluate South Sudan’s preparedness and capacity to respond to potential Polio event /and outbreak, outline strategies/guidelines and establish standards and timeline for response.

Despite the progress made by the Global Polio Eradication Initiative, Wild Poliovirus (WPV) remains endemic in three countries, and importation-related outbreaks continue to occur in polio-free areas with associated risk of vaccine-derived polioviruses (VDPV) type 2 outbreak occurring. South Sudan has not registered any wild Polio cases since June 2009. Each year the country conducts four rounds of supplementary immunization activities (SIAs) to maintain the polio-free status.

Dr Samson Baba, Advisor to the Minister of Health acknowledged WHO and partners’ role in organizing the exercises and suggested for a regular assessment as well as expansion of the exercises to the states so that health workers will be vigilant for any importation-related outbreaks and make use of the exercise.

The result from the assessment showed that South Sudan has structures in place to respond adequately to a Polio outbreak, however, gaps still existed in the response that needed to be addressed.

With the simulation exercises conducted in the testing of the country’s outbreak preparedness and response strategies, the country is in a good footing to adequately respond and stop the transmission of a Poliovirus outbreak within 120 days, said Dr Sylvester Maleghemi, WHO Polio Eradication Initiative (PEI) Team Lead. “Still, feedback is critical to capturing any lessons from the exercise and heighten preparedness”, Dr Maleghemi emphasized.

South Sudan has made remarkable efforts in maintaining its Polio free status, said Mr Evans Liyosi, WHO Representative a.i. for South Sudan.  This achievement has been attributed to the impressive amount of resources, approaches and practices generated and put in place for meeting the Polio eradication targets and these resources have also tremendously contributed to responding to other diseases outbreaks. 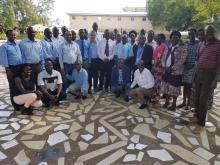 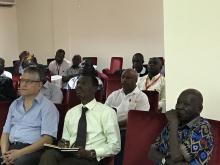 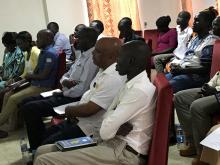 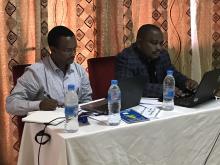