Rwanda: the beacon of Universal Health Coverage in Africa 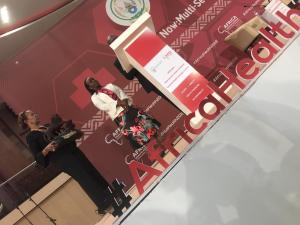 Rwanda: the beacon of Universal Health Coverage in Africa

Rwanda is one of the smallest countries in the African mainland. It is bordered by Uganda, Tanzania, Burundi, and the Democratic Republic of the Congo. No miracle was expected from that African country following the genocide against the Tutsi of 1994. Fundamental to recovery – building trust and fostering peace and stability – Rwanda has been continuously investing in services, like health, infrastructures and education. After the tragic 1994 events the new leadership put at the center of a raising nation, public health, education, and health for all.

In September 2019 in New York, USA during the United Nations General Assembly, world leaders at the U.N. General Assembly unanimously adopted a political declaration on Universal Health Coverage (UHC). For the first time, all 193 Member States agreed around a common and comprehensive commitment to achieving this goal for a more humane civilization. Rwanda was one of them.

Bugesera District Hospital, Eastern Province, south of Kigali. This remote rural area is now a mixed urban-rural zone close to the capital.  Not so long ago, the first point of contact people had were the local Health Centers, some of which could be close to an hour’s walk away. After a nationwide assessment, health authorities decided to move services closer to the population. In the pilot seat of shortening the distance from fifty minutes to half, the Districts of Nyanza, Gisagara, Nyagatare and Burera.

“Before I used bad birth control methods. I had six children one after the other. I did not have time to take care of myself and my children. I almost died during one delivery. Now I deliver my babies at the hospital, not at home. I am also on family planning thanks to the Community Health Workers. And now, I own a small shop. My oldest girl has just completed university and works at a Health Post. That’s my victory!”

The Rwandan system is a referral system. The burden of the disease is treated at the bottom of the pyramid by the Community Health Worker. From the CHWs, the case can be scaled up to a Health Post. Over 850 Health Posts exist in the country. Then, the beneficiary will be sent to a Health Center (600), from Health Centers the patient can be referred to a District Hospital (37 in the country). At the top of the pyramid, four Provincial Hospitals and seven Referral Hospitals. This is how Rwanda implemented its own vision of geographical accessibility.

For each Rwandan, Universal Health Coverage (UHC) means that all people have access to the health services they need, when and where they need them, without financial hardship. It includes the full range of essential health services, from health promotion to prevention, treatment and care to minimize out of pocket payment. Those who can afford the Mutuelle will pay for it and those who can’t, will receive financial support from the government. The “Mutuelle de Santé” is a national pride that empowers everybody.

Vaccination is the epitome of Universal Coverage (UHC) in Rwanda

Another accomplishment in the country: vaccination. The country has a 93% vaccination coverage rate. Over 90% of mothers give birth at a Health Facility, consequently, babies get vaccinated at the very beginning of their life course. There is a program to remind families to come for second dose. Kids are vaccinated against 11 antigens, which pictures the willingness of the government to get the whole Rwandan population to be healthy and covered by health insurance when it is needed. Vaccination is the embodiment of UHC in Rwanda.

" Preventable diseases kill and cripple people and communities, they cause a lot of handicaps and they kill children. In Rwanda, more than 95% of children are vaccinated. I have never seen as a practitioner a case of polio or measles" says Dr William Rutagengwa, Director General of the Bugesera District Hospital.

“When I was young there were a lot of deadly diseases like malaria. I used traditional medicine and herbs, but kept on getting sick. The Hospital and the Community Health Workers changed my perception of health and to also trust science. I have 3 boys now. I taught them to seek help through Health Care services, to be responsible citizens because diseases impact us all. I taught them about hygiene to prevent for good diseases in the family and the community”.

Dr Diane Gashumba, Rwanda Minister of Health: “UHC was attained in Rwanda because of the leadership that believes in good health as fundamental human right and thanks to the trust of people of Rwanda that have embraced the health insurance, which has led to a 91% coverage”

“Rwanda’s health sector agenda in general and in particular the health reforms towards UHC is highly valued, notably the Community-Based Health Insurance (CBHI) policy and subsequent reforms which will serve as key instruments for accelerating progress towards achieving UHC in Rwanda." said Dr Kasonde Mwinga, WHO Representative in Rwanda. 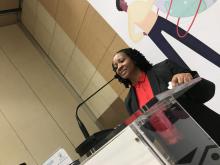 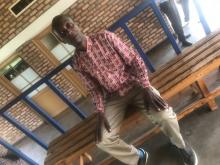