The rush to deliver cholera vaccines to remote communities in Zimbabwe 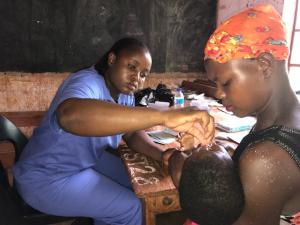 The rush to deliver cholera vaccines to remote communities in Zimbabwe

It was a mad rush to the airfield. At the back of the jeep, Abi Kebra Belaye and her colleague Shamiso Nyasanu tensely shuffled papers – waybills of vaccines and other essential medical materials that needed to be dropped by helicopter in north-east Zimbabwe.

It wasn’t the first time they had made this trip – the last one failed. The weather was gloomy then, with thunderstorms roaring from the mountain ridge, making it too risky to fly any aircraft.

This time, there was too much at stake. The Ministry of Health and Child Care had just launched a seven-day campaign to vaccinate what would be more than 480 000 people against cholera. But some locations couldn’t be reached by any other means but helicopter.

After pummelling Mozambique and the border area of neighbouring Zimbabwe on 14 March, Cyclone Idai had decimated the road network, leaving some villages in Chimanimani and Chipinge districts cut off from the rest of the country.

The disaster had already triggered a cholera outbreak in Mozambique, which had affected more than 3 000 people and raised alarms for the Government of Zimbabwe.

Health officials in Harare immediately moved into protective response mode, organizing a vaccination campaign and determining the coordinates for the most vulnerable areas: communities where water and sanitation infrastructure had been destroyed or a large number of their population had been displaced and thus more susceptible to cholera outbreaks. Communities with proximity to cross-border channels with Mozambique were considered especially at risk.

“As an exercise in proactive response, the Ministry of Health and Child Care demonstrated the type of disaster mitigation approach that is so situation-changing in times of catastrophe. Their leadership on this was impressive,” Alex Gasasira, WHO Representative for Zimbabwe, pointed out, long after no cholera case ever emerged.

Many partners already helping the Health Ministry tackle the disaster’s impacts on multiple fronts, pitched in to support the Government’s vaccination campaign, including the World Health Organization (WHO), UNICEF, Médecins Sans Frontières, Gavi, the Vaccine Alliance and the International Federation of Red Cross and Red Crescent Societies.

Belaye, a WHO oral cholera vaccine coordinator, and Nyasanu, from the WHO Logistics Office, were tasked with the logistics for hard-to-reach destinations. Not an easy job.

The two women repeatedly reviewed the details of locations and what needed to be dropped off over and over again. Nyasanu would not be flying, so the burden fell on Belaye’s shoulders to get it right.

There was a small window of opportunity to get the vaccines to their destinations before the weather shifted. On their arrival at the airfield, the women went over details with Mark Flynn, the logistics officer for the World Food Programme, which operates the aircraft – he could only allow a maximum 30 minutes on the ground for each of the five targeted locations.

The cargo was packed into the aircraft. The crew threw a net over it and tied the ends for security.

“Finally! I feel relieved. I feel relieved. They are going,” Nyasanu expelled a huge sigh as the helicopter doors shut and the propellers wound up. In seconds it lifted off the ground, above Mutare City.

Within 15 minutes, though, it was returning to the airfield. The pilot explained to Abi there was an autopilot problem. It would be fixed within an hour, he reassured her.

Fortunately, it roared to life again within 30 minutes and headed east, towards Chimanimani Mountains.

The first stop was Chikukwa villages. The nurse in charge, Enias Mashaba, waited in her sparkling white uniform. Belaye ran to her and Mashaba calmly and keenly listened to the briefing.

“We are happy to receive the vaccines. The people are waiting,” Mashaba said as her colleagues carried  off a large box with the vaccines and other materials they would need for the campaign. A crowd of village residents curiously watched from a distance.

The next stop was Vhimba, another frontier village whose roads and bridges were wiped out. A large crowd awaited the vaccination.

“This place is very remote. Seven villages were destroyed, and we are literally depending on helicopters for supplies,” said community health nurse Seff Mashaba. “We have no light and no generators, and we get a trailer-load of patients every day, as you can see the long lines. Everything must be done during the day.”

He had been waiting for the cholera vaccines for three days. The crowd that day had surprised him – a rumour had spun around the community that the vaccines would arrive that day, so people came early.

“I am overwhelmed by the people’s acceptance to take the vaccine,” Mashaba added.

The helicopter made another quick stop at Ndima villages to drop supplies.

The last drop-off was Rusitu, where children who had become friends with the pilots ran towards the helicopter, cheering and dancing.

As the helicopter lifted off, homeward, Belaye smiled and gave a dramatic thumbs-up signal. She had succeeded in delivering all the life-saving vaccines assigned to her.

“I was here in 2008 and saw the worst of a cholera epidemic, where thousands of people were affected. Now we have the vaccine, and we are all glad to be part of the efforts that deliver it those who need it,” she said.

By the time the campaign wrapped up, more than 975 000 oral cholera vaccine doses had been administered in two rounds over a two-week period. 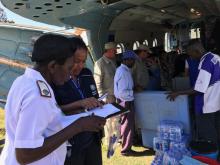 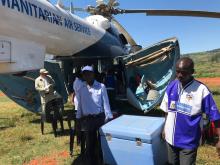 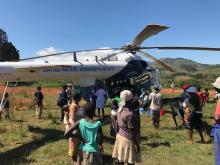 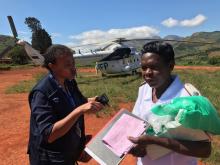 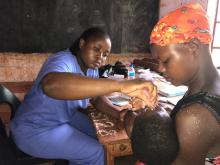 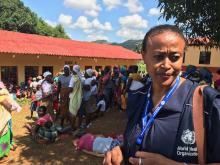 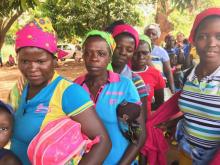 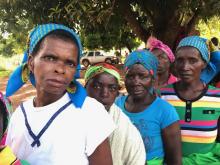 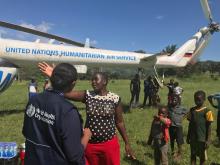