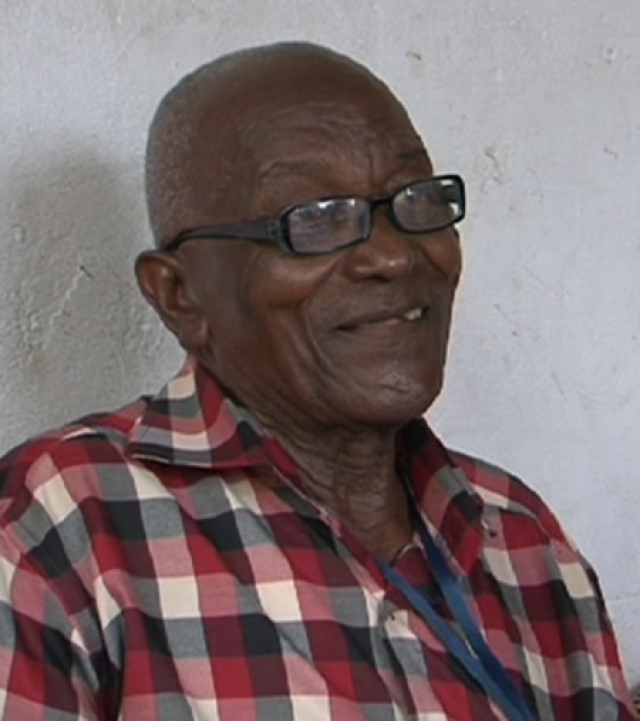 Brazzaville, 2 September 2013 – The number of older people in Africa is increasing. Are governments equipped to handle the situation? What are the challenges of ageing in Africa and what actions can countries take to promote healthy ageing?  These and other questions are raised and addressed in a report presented today  by the WHO Regional Director for Africa, Dr Luis Sambo, to Health Ministers attending the 63rd Session of the WHO Regional Committee for Africa currently taking place in Brazzaville, Congo.

Healthy ageing is the development and maintenance of optimal mental, social, and physical well-being and function in older adults, and elderly people are defined as those aged 60 years and above. Although life expectancy in sub-Saharan Africa is still lower than in developed countries,   the reality is that, today, many Africans are living longer.  Indeed, according to WHO, the population of the elderly in sub-Saharan Africa which was 43 million in 2010,   is projected to reach 67 million by 2025 and 163 million by 2050.

Dr Sambo explains in the report: “Due to significant gain in life expectancy in the African Region, a growing number of people are now elderly and face increased risk of chronic diseases, disabilities and premature death. By 2020, noncommunicable diseases will be among the main causes of morbidity in the African Region, affecting mostly the elderly. This situation is putting an additional strain on the already overstretched health systems of countries.”

Yet, countries have not made the issue of healthy ageing a priority in their national health and development agenda. The health systems in most countries do not make adequate provision for the elderly, and have still not been prepared to respond to the needs of the rapidly ageing population. Only 10 countries in the Region have adopted national policies on ageing, established specialized bodies or included ageing-related issues in government policies.

As in other regions of the world, elderly people in the African Region encounter problems related to chronic health conditions such as cardiovascular diseases, cancers, HIV, chronic respiratory diseases and diabetes, visual and  hearing impairment, decline of mental capacities. As a result, they require long-term health care services, which are often inadequate or inaccessible.

Poverty and malnutrition contribute significantly to disease and disability in majority of the Region’s elderly people. This is due partly to the low priority given to the elderly in the nutritional policies of countries in sub-Saharan Africa

The erosion of the extended family system coupled with rapid urbanization and international migration are disrupting the traditional patterns of family support for the elderly in Africa.  Furthermore the lack of amenities enabling the elderly to meet and enjoy recreational activities leaves the majority of them to live sedentary lives. They are therefore deprived of the benefits of regular moderate physical activity which has benefits in delaying functional decline and reducing the onset of chronic diseases in both the healthy and the chronically ill.

During epidemics or emergency situations such as natural disasters and armed conflicts, specific attention is not given to the special needs of elderly refugees or internally displaced persons who are particularly vulnerable.  In Africa, women aged 60 years and above account for an estimated 54% of the elderly population.  Many not only lack economic power but face age and gender discrimination which result in poor health and further disempowerment.

Furthermore, most research activities on ageing and health are conducted outside the region. The result is that data, for example on the nutritional status of the elderly in Africa, is scarce;  and other specific socio-economic and political issues including social protection and family relations and the effects of urbanization are not well documented.

In proposing solutions to these challenges, Dr Sambo says: “Elderly people should not be seen as a burden on society. In most parts of the Region, they continue to play a pivotal role as a source of wisdom and custodians of traditional knowledge and identity, including family unity. Acknowledging this role of the elderly in society will increase their contribution to the development of countries.”

Among the remedial actions proposed by the Regional Director are: implementing programmes that promote healthy ageing at every stage of a person’s life course;  appropriate social, health and economic support and care for elderly; making laws  that protect the elderly;  implementation of  strategies for age-friendly primary health care;  provision of  appropriate services and specialized care, including long-term care; ensuring that health services for the elderly are affordable, accessible, user-friendly;  promotion of  physical and recreational activities  for the elderly.

He called on countries to develop programmes that address the nutritional needs of the elderly; and protect and assist them in emergency situations such as natural disasters and armed conflicts.
The importance of promoting research tailored to improve the welfare of the elderly, and the need to increase public awareness on family and community support for the elderly as well as promoting partnerships for a holistic and multi-sectoral approach was highlighted.