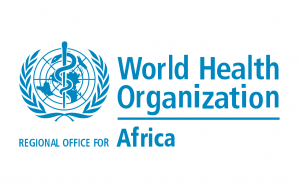 Goma, 3 November 2019 – The interministerial technical secretariat of the response to the Ebola outbreak, the Ministry of Health and their partners from the United Nations (the World Health Organization (WHO), the United Nations Children’s Fund (UNICEF) and  the United Nations Emergency Ebola Response Operations (UNEERO)) condemn in the strongest possible terms the violence that took place last night in Lwemba in Ituri Province, in north-eastern Democratic Republic of the Congo.

The violence caused the death of an Ebola response community health worker and left his spouse critically injured with multiple wounds.

The victim was also a reporter for a community radio station in Lwemba and was involved in raising the awareness of his community regarding the country’s tenth Ebola outbreak, which began over a year ago and is impacting the provinces of Ituri, North Kivu and South Kivu.

The motive behind the attack is still unclear.

Authorities have begun an investigation of the murder and are looking into whether it is connected to the ongoing Ebola response. Two suspects have been apprehended.

Any act of violence against individuals involved with the response is unacceptable and compromises the ability of health workers to provide assistance to communities impacted by the devastating effects of Ebola.

All relevant authorities, including the Congolese National Police, the National Intelligence Agency and the Armed Forces of the Democratic Republic of the Congo, are working to ensure that the perpetrators of this heinous act are brought to justice as swiftly as possible.

The interministerial technical secretariat of the response to the Ebola outbreak, the Ministry of Health and its United Nations partners (WHO, UNICEF and UNEERO) offer their deepest condolences and sympathies to the families of those affected by this tragedy and to the broader community where this violence took place.

Since 1 January 2019, WHO has documented more than 300 attacks on health care that have caused 6 deaths and 70 injuries of health care workers and patients in the country.

Every attack sets back the Ebola response, which cannot function without an environment conducive for response teams to access and help the population.