Friday 5th July 2019, Niamey – Ministers of Health from the Sahel region have agreed to collaborate more closely to end malaria in the region by 2030.At their meeting in Niamey, they proposed the creation of a Sahel Malaria Commodities Fund (SMCF) to bridge critical gaps in essential malaria interventions in the region.

The new Fund will be used to procure essential commodities - which include seasonal malaria chemoprevention (SMC), indoor insecticide spraying (IRS), long-lasting insecticide-treated nets (LLINs), rapid diagnostic tests (RDTs) and artemisinin-based combination therapy (ACTs). The Fund management will be coordinated at both regional and national levels, to enable preferential prices from suppliers that help to lower the cost for the participating countries.

In his remarks, Dr Arlindo Nascimento do Rosàrio, Minister of Health and Social Security, Cabo Verde and Chairperson, Sahel Malaria Elimination Initiative, Ministerial Forum, said:” “This meeting is an important milestone for the Sahel Malaria Elimination Initiative, as we can now work together to implement a comprehensive workplan to save more lives across the region, including protecting 1.2 million more children eligible for chemoprevention.

“Importantly, the Sahel Malaria Commodities Fund will help all eight countries to benefit from economies of scale and mitigate national shortages or surpluses of important life-saving tools for preventing and treating malaria. By ensuring supply chain management and quality assurance for the products we use, this Fund will be essential for making the most of the resources we have available to eliminate malaria in the region.”

The WHO Regional Director for Africa, Dr Matshidiso Moeti observed that despite the gaps in the implementation of malaria control interventions, significant progress has been made in the region. She commended countries for their leadership and determination, as well as donors and development partners for changing the course of malaria across the African continent.

She said to accelerate the impact of malaria interventions there is a need to promote the integration of efforts of all partners and stakeholders in one plan, one team and one resource envelop for a malaria-free Sahel region.

“Indeed, we must improve the Sahel countries’ cross border collaboration for better synergy during our efforts for resources mobilisation, diseases surveillance and emergency situations, antimalarial and insecticides resistance, synchronized implementation of planned activities of targeted interventions as of Seasonal Malaria chemoprevention and LLIN mass campaign through the bordering countries districts”.

Addressing the delegates, the First Lady of Niger Hajia Aissatou Issoufou pledged to step up her efforts towards malaria elimination in Niger.

Dr Abdourahmane Diallo, CEO, RBM Partnership to End Malaria noted that establishing mechanisms for collaborative action on malaria among regional economic communities is an essential element of RBM Partnership strategy to accelerate progress towards malaria elimination and sustainable development in the Sahel region and beyond. “Alongside our partners, the RBM Partnership is proud to support the Sahel Malaria Elimination Initiative, and to step up political commitment and community ownership in the Sahel region through initiatives such as Zero Malaria Starts with Me.”

The Sahel Malaria Elimination Initiative (SaME) Ministerial Forum was the first meeting of Ministers of Health from participating countries and their international partners since the launch of the initiative in August 2018. SaME is a platform for co-ordination on malaria elimination between eight countries in the Sahel - Burkina Faso, Cabo Verde, Chad, Mali, Mauritania, Niger, Senegal and The Gambia. 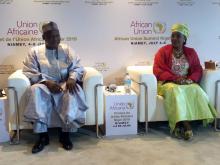 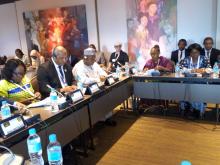 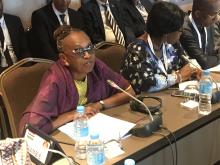 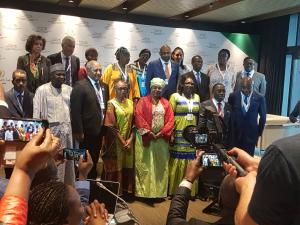