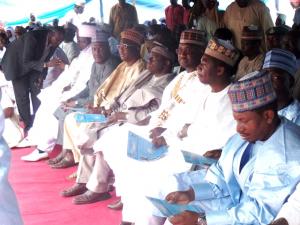 Minna, 02 June 2016 - As part of efforts to revitalize primary healthcare (PHC) and make health services accessible, affordable and equitable for all, the Niger State Government has launched an 8-point health reform agenda tagged ‘Niger Health 1.0’. The health reform will among other things ensure progressive realization of one fully functional PHC under-one-roof (PHCUOR), in every political ward over the next three (3) years.

According to a recent PHC needs assessment, most of the health facilities in rural areas across the 25 local government areas LGAs in the state are in dysfunctional state and require urgent upgrade.

Performing the symbolic commissioning of a functional Model PHC in Beji, a rural community in Bosso LGA of Niger State on 31 May 2016 the Minister of Health, Professor Isaac Adewole applauded the state government for the heightened interest in PHC, noting that the active support of Niger to the PHCUOR programme demonstrates the passion and commitment that the change mantra by the President Muhammadu Buhari-led government is bringing to every sector of the country.

“I commend the government of Niger State for taking the bold step of actualizing one functional PHC per ward strategy, and for initiating free surgical services for Nigerlites. I call on all stakeholders in the health sector to support and play their parts in ensuring that this innovation is sustainable”, Professor Adewolas stated.

The Minister mentioned that the Federal Government has committed itself to upgrading and providing functional Focal PHC that can deliver WHO recommended minimum package of PHC services in every ward throughout the country. The minimum PHC packages include control of communicable diseases (malaria, STI/HIV/AIDS), child survival, maternal and new-born care, nutrition, non-communicable disease prevention, health education and community mobilization.

He reiterated that PHC will continue to be the first point of call for ailing families and communities, hence it must be accorded serious revamping.

In his opening speech, the Governor of Niger State, Alhaji Abubakar Sani Bello informed the Minister that his administration will continue to prioritize programmes that have direct and positive impact on the people of the state. He stated that the flag- off event marked a turning point as the state is poised to fully implement the PHCUOR model that meets the standard of both WHO and the NPHCDA.

“WHO fully identifies with this laudable initiative of revitalizing PHC as the bedrock of health care service delivery and is ready to support Niger State achieve this through continuous capacity building for health workers”, said WR, who was represented by WHO State Coordinator for Niger State, Sani Ibrahim.

The ceremony which was witnessed by members of the executive and legislative arms of government, local government officials, traditional rulers, community leaders, caregivers and community members, marks the beginning of the State’s journey towards the realization of a universal healthcare that is accessible to individuals and families, as envisioned by the Alma-Ata Declaration of 1978. The Almaty (formerly Alma-Ata) Declaration adopted primary health care as the key strategy for achieving “health for all”. 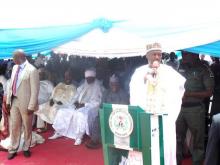 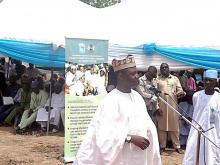 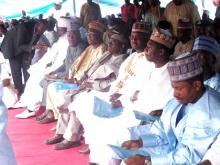