An innovative approach to Disease Surveillance in Nigeria 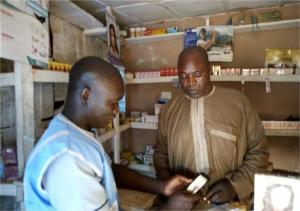 An innovative approach to Disease Surveillance in Nigeria

Abuja, 24 September, 2019 - An innovative technology using a mobile short message service (SMS)-based software is being used to improve the quality and sensitivity of Acute Flaccid Paralysis (AFP) surveillance in Nigeria. Known as AVADAR (Audio-Visual Acute Flaccid Paralysis Detection and Reporting), this innovative technology is greatly assisting health workers and key community informants to timely detect and report AFP cases.  AFP surveillance is an integral part of the global polio eradication strategy which requires health workers to promptly report any sudden symptoms of paralysis in the limbs of children less than 15 years of age in order to confirm or rule out the circulation of wild polio virus.

“Through AVADAR, we’ve been able to report and record a lot of potentially missed AFP cases in addition to other priority diseases, directly from communities. This has helped to provide speedy response and care of affected persons”, she added.
Furthermore, AFP surveillance is essential for polio-free certification. Although the AVADAR app does not have in-built features for reporting other priority diseases, engaged AVADAR health workers and key informants are encouraged to report other priority diseases such as measles and yellow fever using a data tool that was created for that purpose.

“AVADAR for us in Enugu State is an advancement towards what we have been doing, as it has helped in rapid detection and reporting of AFP cases in the implementing LGAs”, says Dr Ezendu, State Epidemiologist Enugu State. “The involvement of informants of the respective communities in the AVADAR initiative is welcomed and has been an impactful development.”

Meanwhile, in Adamawa State, Saed Umar, disease surveillance and notification officer (DSNO), FUFORE LGA Adamawa, says “AVADAR has done a lot for surveillance in my LGA, and I mean not only AFP surveillance, but the generality of disease surveillance. AVADAR has increased the sensitivity of AFP surveillance and bridged the knowledge gap on AFP amongst locals in my communities. AVADAR has gone extra mile in facilitating IDSR in my LGA. Because of AVADAR, the cholera in Gurin area was identified and reported, thus saving the lives of thousands of inhabitants despite the outbreak. We need more of AVADAR project in Adamawa State."

When the AVADAR project was piloted in August 2016, 34 AFP cases were recorded Kuje and Oyun Local Government Areas (LGAs), (the two piloting LGAs) within a period of eight weeks. As at 31 August 2019, 239 AFP cases have been recorded across the country using AVADAR.

Infusing technological innovations for eradication of polio and other diseases
Since the launch of AVADAR in 2016, WHO has worked with Government and partners to train over 6,000 health workers, community informants, States and LGA surveillance officers across 11 implementing states on how to use the SMS based app.

“WHO donated over 6,000 Global Positioning System (GPS) android enabled phones and accessories to trained health workers and key informants including influential district heads to help carry out active case search. WHO also trained district, state and national health authorities on how to receive notification alerts in their AVADAR phones from informants and health workers whenever a suspected AFP case is detected and reported”, states Dr Salihu Ahmed, WHO-AVADAR National Coordinator.

“Even though Nigeria has gone thirty-six (36) months without reporting a case of wild poliovirus (WPV), we will not relent in ensuring all children are fully protected not just against polio but also other vaccine preventable diseases. WHO will continue to support the Government of Nigeria to infuse technological innovations in health interventions as it helps to foster accountability and simplifies difficult tasks during the administration of duties”, he adds.

On 21 August 2019, Nigeria became the last country to record WPV case in Africa, marking a major milestone in the history Polio Eradication Initiative (PEI) after reaching three years without reporting any case of WPV. The AVADAR project is implemented by WHO in collaboration with Bill & Melinda Gates Foundation and with upstream technology support from Novel-T.
Support for immunisation to the Federal Government of Nigeria through the World Health Organization is made possible by funding from the Bill & Melinda Gates Foundation (BMGF), Department for International Development (DFID), European Union (EU), Gavi, the Vaccine Alliance, Global Affairs Canada (GAC), Government of Germany through KfW Bank, Rotary International, United States Agency for International Development (USAID), United States Centre for Disease Control and Prevention (CDC) and the World Bank 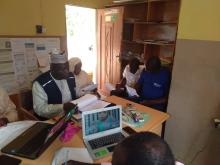