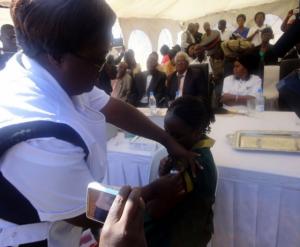 The Human Papilloma Virus vaccine has been introduced for the first time in the immunization programme in Zambia. The vaccine was introduced on 27th May 2013 on pilot basis in Chongwe, Kafue and Lusaka districts to pave way for scale-up to the rest of the country. The vaccination programme is using a school-based strategy which is targeting all girls in grade 4 while out of school girls aged 10 years will access the vaccines from the health centres and through community based strategies. A total of 50,000 girls in the three districts are targeted to be vaccinated during the initial phase in 2013 and 2014.

In a statement made at the official launch of the HPV vaccination programme in Chongwe district, the Hon. Minister for Community Development, Mother and Child Health, Dr. Joseph Katema stated that Cervical cancer was the most common cancer affecting women in Zambia and that the country had the second highest incidence of cervical cancer in the world. He said that women should not die from cervical cancer because it was preventable and that the introduction of the HPV vaccine was a timely development. He emphasized the need for creating awareness about cervical cancer, its risk factors and prevention measures and available health services because many women died due to lack of information.

Speaking at the same ceremony, the WHO Representative, Dr. Olusegun Babaniyi stated that WHO recognized the importance of cervical cancer and other HPV-related diseases as global public health problems. Dr Babaniyi said that according to WHO estimates, cancer of the cervix was responsible for almost 260 000 deaths in 2005, of which about 80% occurred in developing countries. He commended the move by government to introduce the HPV vaccine because WHO recommends that routine HPV vaccination should be included in national immunization programmes.

Dr. Babaniyi stated that vaccinating girls before they are exposed to HPV would have the greatest impact, since evidence showed a very high clinical efficacy of the HPV vaccine in women without evidence of infection with vaccine-related HPV and a lower efficacy among those already exposed to HPV. He said that WHO recommended that HPV vaccination programmes should initially prioritize high coverage in the primary target population of young adolescent girls within the age range of 9 or 10 years through to 13 years. He also urged government to ensure that the HPV vaccine was introduced as part of a coordinated strategy to prevent cervical cancer and other HPV-related diseases which should include education about reducing behav-iours that increase the risk of acquiring HPV infection, information about the diagnosis and treatment of precancerous lesions and cancer and to increase vaccine acceptance.

The Hon. Minister of Education, Dr. John Phiri called for closer collaboration between the Min-istry of Education and the Ministry of Communi-ty Development, Mother and Child Health be-cause the Ministry of Education was custodian to the targeted girl child in 9,000 primary schools across the country. He urged teachers to play an active role in educating the pupils and parents about cancer of the cervix and to support the health workers during the vaccination exercise. Dr. Phiri also called upon traditional leaders to educate their communities about the dangers of the disease and to demystify the cancer.

According to WHO, the HPV vaccine has been proved to be safe and effective in preventing certain HPV infections, and hence reduces the incidence of cervical cancer and other anogenital cancers. However, it recommends that the introduction of HPV vaccine should not undermine or divert funding from effective screening programmes for cervical cancer and that the HPV vaccination is a primary prevention tool which should not eliminate the need for screening later in life. 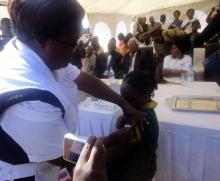 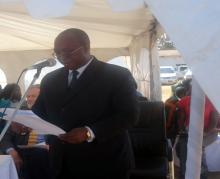 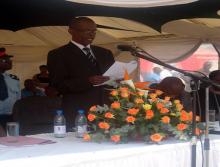 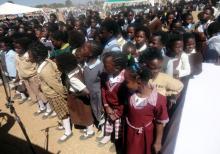