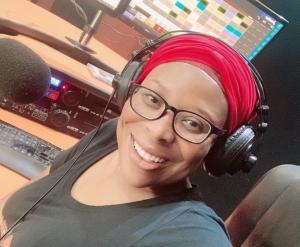 Playing on radios across Zambia this month is an upbeat piano snippet with a female radio personality speaking words of warning for women that have always been considered taboo.

“We are a very conservative society, so discussing things like cervical cancer, because it is gynaecological, is difficult. Anything below the belt is difficult to talk about,” says Karen Nakawala, who started the Teal Sisters Foundation that created the radio messages.

As the World Health Organization (WHO) launches a global strategy this week to intensify all efforts towards eliminating cervical cancer – a disease that can be prevented or cured in most cases but has been allowed to become the most common form of cancer among women in Africa, Nakawala and the Teal Sisters are passionately ignoring the harmful taboos on public discourse.

Narrated by ten radio personalities, including four men, the radio and similar SMS messages are turning up the volume on words that can save lives by urging women to go for a gynaecological screening.

Zambia is not unique with its cultural prohibitions. “Across the region, things to do with sex and female reproductive organs, including the breasts, are not something that can be talked about freely in the public domain,” says Dr Prebo Barango, a medical officer with the WHO Intercountry Support Team for East and Southern Africa, based in Zimbabwe.

HPV is the most common sexually acquired virus, he adds, with two of its subtypes (16 and 18) most commonly associated with cervical cancer. “But if there is anything wrong with a person’s sexual organs, there is a presumption they have done something wrong,” says Dr Barango. That stigma further prevents women from seeking examinations.

Along with escalating the three cornerstones of the WHO global strategy of (i) prevention through vaccination for the human papillomavirus (HPV) (which is the primary cause of cervical cancer), (ii) increased screening and treatment of precancerous lesions and (iii) universal access to treatment and palliative care, breaking down the linguistic barriers is of life-saving necessity, says Nakawala, an indefatigable personality in fashion and music in Zambia and a cervical cancer survivor.

“If we are going to win this fight, we definitely have to have this conversation,” she says, referring to what she calls the “private-parts chats” to inform women about the need for a screening for early detection. “The cervix is in the cervix – you can’t put it in the arm.”

Zambia has the third-highest burden of cervical cancer in the WHO Africa Region, behind the Kingdom of Eswatini and Malawi.

But that burden, says Nakawala, is not a result of only the linguistic taboos. The limited number of female doctors also prevents many women from having a gynaecological examination, partly because their husband refuses to let them be examined by a man.

Dr Barango says this is another challenge across the continent. Which is why WHO promotes a screen-and-treat approach that nurses (who are mostly female) can manage at any health clinic. Trained nurses can conduct an HPV DNA test and/or a visual inspection with acetic acid to detect any precancerous lesion and then promptly burn or freeze out a lesion.

Cervicography, which WHO also encourages, enables accuracy of the screening. Nurses can send a photo of a patient’s cervix to an expert anywhere in the world who can assist in real time to interpret as well as provide supervision and mentoring.

Although the HPV DNA test is expensive, Dr Barango stresses it is more sensitive and compared with the cost of treating women for what could have been preventable cancer, “it will be far less expensive in the long run”.

WHO is also supporting integration of cervical cancer screening as part of standard HIV services in Africa. “It’s like a perfect storm: women who are HIV-positive are more likely to get HPV, and because their immune system is compromised, they will progress to cancer quicker,” Dr Barango says.

Changing the conversation in Zambia

Nakawala is a very public personality in Zambia, with a popular weekly radio programme, a television talk show, a magazine and the organizer of Zambia Fashion Week and the Zambian Women of the Year Awards. Yet, she told few people about her cancer diagnosis, chemotherapy and radiation treatments in 2019.

She did not want a “pity party”, she says. “To be honest, I just never thought I’d ever get cervical cancer because I was healthy, ate well and exercised regularly. At the time of my diagnosis I attributed the couple of symptoms to onset of menopause and thought the slight and dull back ache was because I was forever in high heels. After I was diagnosed, I asked myself how many other women thought like me.”

Before her diagnosis, she rarely heard anyone talk about cervical cancer.

So, one evening in January 2020, she finally went public. She created a Facebook group called Teal Sisters Foundation to encourage conversations about cervical cancer (represented by a teal ribbon). She expected perhaps 100 women would join. By morning she had 10 000 members, many asking where to go for a screening.

Ten months later that membership numbers 137 594. And they are not all Zambians. About a quarter of them are from nearby countries like Kenya, Malawi and Nigeria and from as far away as India, England and the United States.

Nor are they all cervical cancer survivors. She asks survivors, current patients, caregivers or women who have fears to send “a beautiful picture and a message on whatever they want to say about cancer” and to see how they can “help eliminate cervical cancer”.

To celebrate the global launch of the WHO cervical cancer initiative, the Teal Sisters, which have become a formal entity, have organized, along with the Ministry of Health and the Ministry of Home Affairs, a one-day screening for up to 200 of the more often overlooked women – those in prison.

“If we’re going to eliminate cervical cancer, we have to start with those people who don’t have the means or access to screening facilities,” says Nakawala.

As for the private-parts radio messaging penetrating the airways, Nakawala has surprisingly had no backlash. “I guess we just had to go ahead and say it as it is for people to understand and be moved to act in the positive.”

”The enjoyment of the
highest attainable standard of health ….”
(WHO Constitution).