A child dies every minute from malaria in Africa

A child dies every minute from malaria in Africa 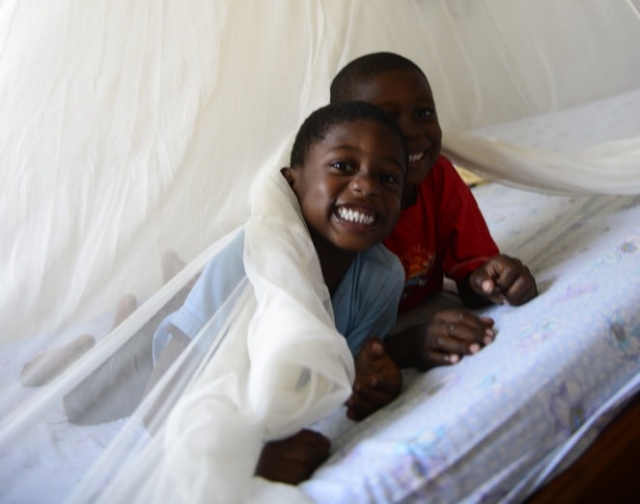 A child dies every minute from malaria in Africa where it is estimated that 9 out of 10 malaria deaths occur. In 2013, there were 528 000 deaths from malaria and about 78% of these were in children under 5 years of age.

Malaria is transmitted via the bites of infective mosquitoes, but unknown to many, it can also be spread to children during pregnancy as well as before and/or during childbirth. Malaria contracted at this time is called congenital malaria and is a cause of infant death and low birth weight.

In areas of high malaria transmission, the World Health Organization (WHO) recommends targeting high-risk groups such as pregnant women and young children with chemoprevention strategies. Approximately 15 million pregnant women remain vulnerable due to limited access to preventive treatments for malaria.

“In order to address these challenges I urge countries and stakeholders to focus on targeting available resources at places where the burden of malaria is highest,” said Dr Matshidiso Moeti, WHO Regional Director for Africa.

Malaria is caused by a parasite that multiplies in the liver and then infects red blood cells. Symptoms of malaria include fever, headache, and vomiting, and usually appear between 10 to 15 days after the mosquito bite. If not treated, malaria can quickly become life-threatening.

Malaria is preventable and curable if diagnosed early and prompt and effective treatment with artemisinin-based combination therapies used. Several medications are available for chemoprevention but these medicines are not 100% protective and must be combined with personal protective measures such as:

LLINs have played a major role in reducing malaria rates in the African Region but much remains to be done. In 2013, 33% of households in the Region still did not own a single LLIN while only 29% of households had sufficient numbers of LLINs for all household members. In addition, 10% of those with access to LLINs did not use them correctly or consistently.

In order to ensure adequate amounts of LLINs and other personal protective measures and stimulate their appropriate use, increased funding by all stakeholders is needed to end malaria and save lives.

“Available funding is far less than what is required to protect everyone at risk. Investments will close the coverage gap, strengthen disease surveillance and research, and support the development and roll-out of new tools and approaches,” adds Dr Moeti.

To address these challenges, countries and partners should adopt “Investing for Impact” as a guiding principle. This principle is anchored in the Global Technical Strategy (GTS) for malaria and aims to reduce malaria incidence and mortality rates by at least 90% by 2030 and eliminate malaria from at least 35 countries in which malaria transmission is occurring in 2015.

On its part, the WHO Regional Office for Africa will continue to provide evidence-based guidance to all countries and stakeholders towards a malaria-free future.