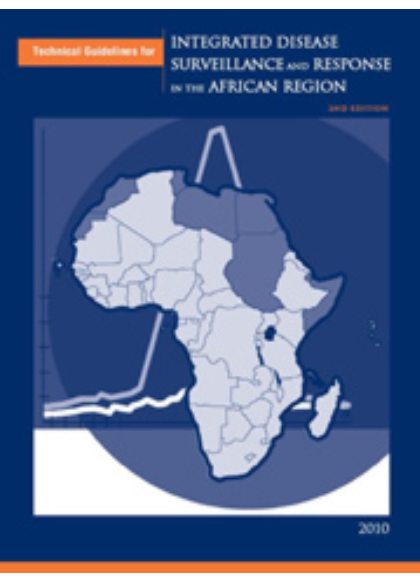 The first edition of the IDSR Technical Guidelines (2002) was widely adopted and adapted throughout the African region. Progress towards coordinated, integrated surveillance systems has been mixed, but almost every country in the region and their partners has invested human and material resources in strengthening capacities for public health systems in order to detect, confirm and respond to public health threats in time to prevent unnecessary illness, death, and disability. As a result, the second edition of the IDSR Technical Guidelines was developed in response to several factors relevant to the last decade.

These guidelines have been revised from the previous edition in order to incorporate priority emerging and re-emerging communicable and non-communicable disease threats. The revised guidelines also aim to address how to implement the IHR 2005 requirements and capacities for surveillance and response. These guidelines should be adapted to reflect national priorities, policies and public health structures.

The guidelines are intended for use as:

The revised IDSR Technical Guidelines (2010) include:

The WHO Regional Office for Africa suggests the following communicable and non-communicable diseases and conditions or events as priorities for integrated disease surveillance in the African Region. The diseases are recommended because they are: