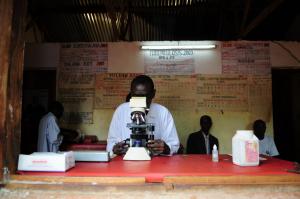 Tanga, 17-22 November 2017: The advent of Artemisinin Based Combination Therapies (ACTs) since 2001 as first-line treatment for uncomplicated Plasmodium falciparum malaria has had a major impact in the steady reduction of the disease in endemic countries where it has been adopted alongside other interventions such as the use of Long Lasting Insecticide Treated Nets (LLINs), Indoor Residual Spraying (IRS) and Rapid Diagnostic Tests (RDTs). In spite of these gains, one of the biggest threats overshadowing malaria control and elimination in recent years is antimalarial drug resistance. Protecting the efficacy of the recommended malaria treatments is a top priority for malaria endemic countries and the global malaria community

Therapeutic Efficacy Studies in Tanzania: Mainland Tanzania introduced ACTs as the first-line treatment for P. falciparum in 2006 using Artemether-Lumefantrine (AL). As recommended by WHO, the country has continuously monitored the efficacy of antimalarial drugs using the standard WHO protocol. The results from the therapeutic efficacy studies have informed the change of treatment policy for malaria throughout the years. First, from chloroquine to sulfadoxine-pyrimethamine (SP) in 2001 and subsequently from SP to ALu in 2006. Ensuring the quality of the therapeutic efficacy studies is critical and WHO has developed tools to monitor these studies and validate the results generated. At an invitation of the national authorities, Dr Marina Warsame from the Global Malaria Programme in WHO/HQ and Dr Ritha Njau from the WHO Country Office in Tanzania spent a week in Tanga in November 2017 conducting clinical monitoring and validation of therapeutic efficacy studies in six sentinel sites evaluating AL and dihydroartemisinin+piperaquine (DP). The National Malaria Control Programme (NMCP) coordinates and oversees the TES in Tanzania. The National Institute for Medical Research (NIMR) has been the implementing partner for the TES in 2016/17. The WHO provided quality assured medicines for the trials and technical support for the field teams. It is also acknowledged that the financial support for the current TES 2016/17 was made available from the GFATM and PMI.

Findings: All records of about 500 cases were assessed and a proportion of the laboratory slides validated. The findings confirmed that the studies were implemented as per protocol and information of all patients was appropriately recorded. The very few issues detected were discussed with the study team and solutions to these anomalies were agreed upon. The clinical monitors commended the Principal and co-investigators and their site teams for the systematic manner in which the study documents were processed and impeccably kept for each study site. In addition to the core patient case record forms; the NIMR team developed and used additional documentation tools such as a laboratory log register, a clinician log register, a patient follow-up card, a laboratory requisition form and a supervisor’s log book for each site. The team also made innovative specific cupboards to carefully preserve malaria blood slides for a long period. All the study site teams received an orientation on the study protocol prior to the commencement of each study.

Conclusion: The study monitors commend the PI of the NIMR team, study site teams and other co-investigators in conducting the TES 2016/17 with outmost rigor as required by the study protocol. Such skills and experience will create an important platform for other studies including the emerging antimicrobial resistance. The NIMR TES team is an asset for the country and for other malaria endemic countries, particularly those in sub-Saharan Africa. 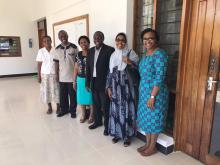 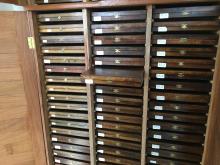