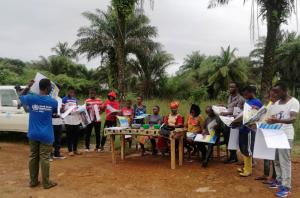 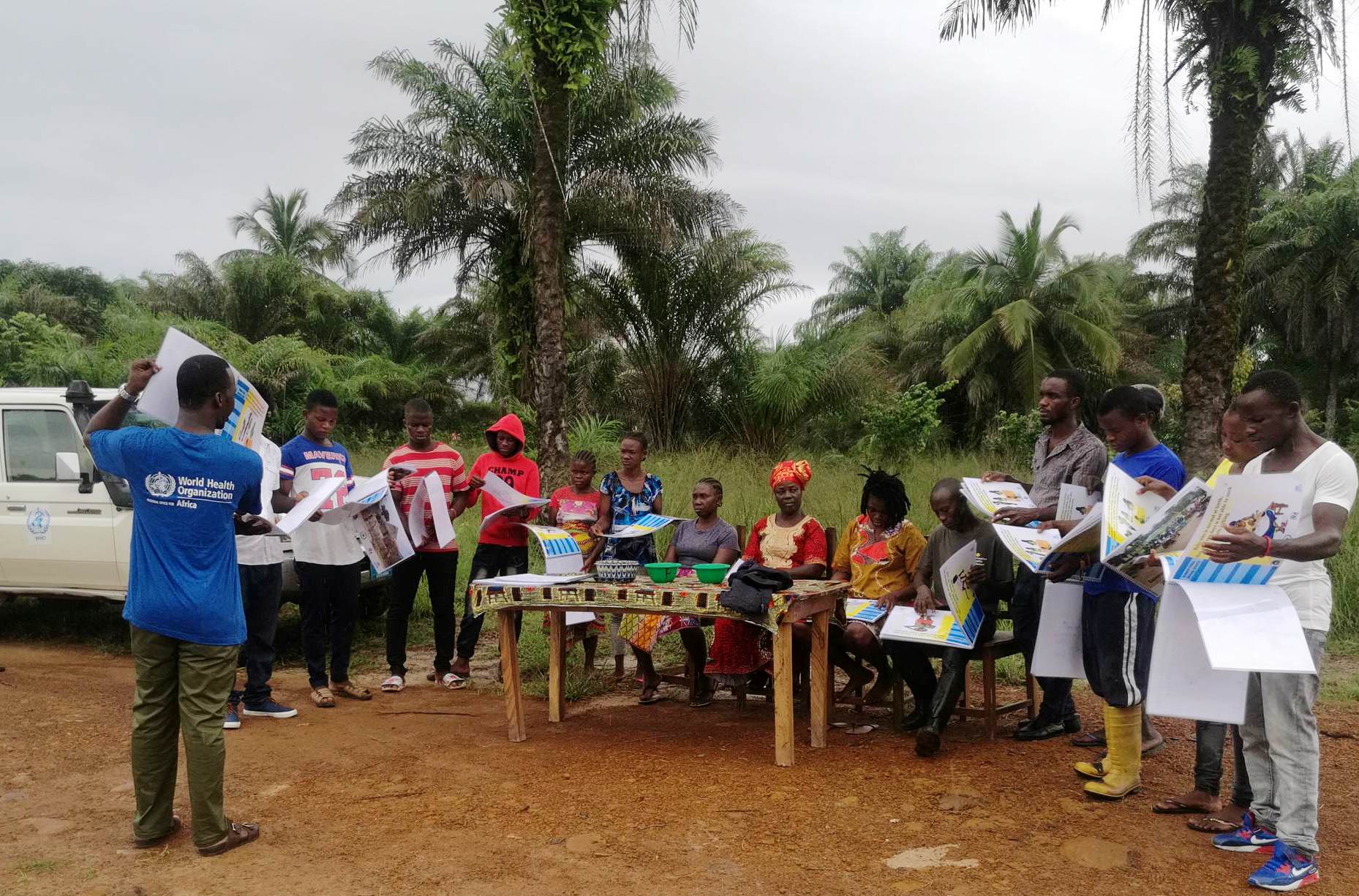 Monrovia, 10th September 2018: The WHO- Liberia  Country Office  in collaboration with the Ministry of Health and National Public Health Institute of Liberia organized a one day training for 450 community health volunteers from three counties; Bomi, Grand Cape Mount and  Gbarpolu. The training was intended to provide community health volunteers with the appropriate knowledge, skills and capability to detect and report common and prevailing epidemic-prone -diseases, conditions and events, and to improve community case detection from communities within five(5) kilometers radius to the nearest  health facilities.
Following the 2014-2016 Ebola Virus Disease outbreaks in Liberia that exposed the weakness in the Liberian health system in early detection and response to public health threats necessitated the introduction of an effective Community Event Based Surveillance (CEBS) System in the country. The Government of Liberia launched the Community Health Assistant (CHA) program in many parts of the country. These community health assistants are charged with the responsibility for the timely collection and reporting of diseases that are of public health treat at the community level.
While the CHA program has yielded some positive results, however its coverage has been limited to those communities within the five (5) kilometers radius to the nearest health facilities due to the lack of incentive payment. This limitation unfortunately has resulted in a 55% decline in the national community case detection rate which now stands at 25%, far below the national target of 80%.
Speaking during the opening of the training, Mr. Thomas K. Nagbe, Director of Division of Infectious Disease and Epidemiology, NPHIL, said Liberia has registered remarkable achievements since the adoption of the Integrated Disease Surveillance and Response (IDSR) strategy in 2004. He said the need for building the capacity of community health volunteers within and beyond communities 5 kilometers is crucial for effective surveillance and reporting of priority diseases. He concluded that the hosting of this workshop was indeed timely and appropriate.
Also speaking during the opening of the training, Mr. Kwuakuan D. M. Yealue, II, WHO Country Health Emergency Lead, said that, accurate case detection at the community level is vital for timely identification which facilitates timely response to emerging outbreaks and other public health threats.  He pledged WHO’s commitment in working with the Ministry of Health, National Public Health Institute of Liberia and partners to build a robust integrated disease surveillance and response system that is adequately prepared to respond to any emerging and re-emerging epidemics that may evolve.