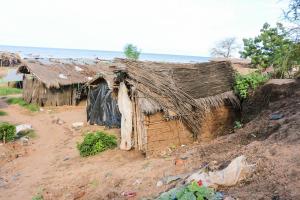 The World Health Organization country office in Malawi conducted an assessment of cholera outbreak control efforts in Karonga district between 18 and 19 January 2018. The WHO mission’s major finding was that the District Epidemic Response Committee under the leadership of the District Health Officer, Dr Phinias Mfune was effectively managing all the partners who were present in the district supporting cholera control activities. “We conduct weekly coordination meetings at the District Counsel chamber. The main aim of the coordination meetings is to ensure that we share information about who is doing what, where and when. In addition, the coordination meetings help us identify gaps in terms of drugs and supplies like chlorine for water treatment, intravenous fluids, personal protective equipment, financial and human resources” Dr Mfune informed the WHO mission during a courtesy call.

At the time of the mission Karonga had reported 196 cases with 3 deaths that occurred in the health facilities. One death occurred in the community before presenting at the health facility. The epidemic started in the health facilities in the north of Karonga and was slowly shifting to the southern health facilities. The WHO team participated at the community interface meeting which was organized by Karonga District Epidemic Committee at Nyungwe Teacher Development Centre. The meeting was attended by traditional leaders, community volunteers and partners who support Karonga district to control the Cholera outbreak. The partners present at the meeting were UNICEF, ONSE, the Health Education Unit of Ministry of Health, Feed the Children, Malawi Red Cross Society (Netherlands), NICE, World Vision International and Management Sciences for Health. The community leaders and the partners all agreed that poor sanitation and water supply were the factors that were fueling the Cholera outbreak in Karonga. A concern was mainly on poor sanitation standards in fishing communities along Lake Malawi. Speaking at the community interface meeting Traditional Authority Mwerang’ombe said, “It is clear that most cases that report to health facilities have in some way been associated with fishermen’s settlements along the lake like Ngala and Galimoto fishing settlements. Most houses are temporary shelters with no toilets and those that have toilets their state is unsatisfactory. People drink untreated water from the lake. There is evidence that shows that people from these fishing communities defecate in the lake, otherwise without toilets then where do they relieve themselves?”

It was also highlighted during the meeting that although health workers and Red cross volunteers distribute chlorine for water treatment most people do not like the taste of the chlorine treated water. In addition, some communities are reluctant to accept the transmission modes and prevention practices for cholera as presented by the health care workers. As such they do not comply to the advice provided by the health care workers on sanitation and treating the water with chlorine or even boiling the water before drinking. In communities that have boreholes the communities claim that the water is salty and so not good for drinking.

At a technical meeting that was held on 19 January 2018, the WHO team commended the District Technical Epidemic Committee for the intensified surveillance in the wake of the outbreak. In particular, the households where the cholera cases originate are followed up, all contacts traced and appropriate action is taken. In addition, the community leaders are engaged in awareness activities. The Health Education Unit of MOH was in the district at the time (for 17 days), using a Mobile Video Van and the MOH music band to disseminate key cholera messages. The Health Education Unit team was also guiding large public meetings organized by local leaders to disseminate key cholera prevention messages. One key message was on key actions to take once someone in their community presents with signs and symptoms of cholera. The community leaders also promote construction of toilets and the use of chlorine to treat water in their communities. School feeding programmes in the district were temporarily suspended while the preparation and selling of food in the markets was also banned until further notice.

Cholera cases are managed by staff at the health facilities comprising of medical assistants, nurses, health surveillance assistants and ward attendants. During the mission it was noted that orientation sessions on case management were underway with funding from World Vision International and ONSE.

To conclude the mission, the WHO team held a debriefing session with the District Health Officer where the issue of a cross border meeting with Kyela district which is in Tanzania was discussed. The DHO indicated that they had a cross border meeting which was initiated by the Karonga District Commissioner in 2017 and the next one was planned for March 2018. The mission made a recommendation to the District Health Officer to seriously consider holding the cross border meeting earlier than March. This recommendation would be taken on board by the District Commissioner and WHO was assured that an update on any possibility would be communicated. He also stated that the district officials have telephone contacts with their counterparts in Kyela and they are able to communicate on whattsapp.com or phone from time to time as need arises. Another recommendation was that the district should mobilize resources from partners to conduct a cholera tailored Integrated Disease Surveillance Training (IDSR). The WHO team assured the District Health Officer of World Health Organization technical assistance during the IDSR training.