Seek advice from a qualified health professional before taking antibiotics

The World Health Organization will join the global community to commemorate World Antibiotics Awareness Week from 13-19 November 2017. The theme this year is “Seek advice from a qualified health professional before taking antibiotics”. Antibiotics are medicines used to prevent and treat bacterial infections in humans and animals.

Antibiotic resistance is one of the biggest threats to global health and development today, and is rising at alarming rates around the world. Infections such as pneumonia, tuberculosis and gonorrhea are becoming sometimes impossible to treat as antibiotics become less effective. For instance, the bacteria that cause gonorrhea are evolving rapidly to evade new classes of antibiotics to treat the infection. This puts women particularly at greater risk of developing complications such as pelvic inflammatory disease, ectopic pregnancy and infertility, as well as an increased risk of HIV.

WHO calls on everyone to think twice, seek advice and always consult a qualified health professional before taking antibiotics.

Q&A: What is antimicrobial resistance?

Antimicrobial Resistance: What the Agriculture Sector Can Do infographic

What is antimicrobial resistance?

Why is antimicrobial resistance a global concern?

What accelerates the emergence and spread of antimicrobial resistance?

Antimicrobial resistance occurs naturally over time, usually through genetic changes. However, the misuse and overuse of antimicrobials is accelerating this process. In many places, antibiotics are overused and misused in people and animals, and often given without professional oversight. Examples of misuse include when they are taken by people with viral infections like colds and flu, and when they are given as growth promoters in animals and fish.

Antimicrobial resistant-microbes are found in people, animals, food, and the environment (in water, soil and air). They can spread between people and animals, and from person to person. Poor infection control, inadequate sanitary conditions and inappropriate food-handling encourage the spread of antimicrobial resistance.

Antibiotic resistance is present in every country.

Patients with infections caused by drug-resistant bacteria are at increased risk of worse clinical outcomes and death, and consume more health-care resources than patients infected with non-resistant strains of the same bacteria.

Resistance in E. coli to one of the most widely used medicines for the treatment of urinary tract infections (fluoroquinolone antibiotics) is very widespread. There are countries in many parts of the world where this treatment is now ineffective in more than half of patients.

WHO estimates that, in 2014, there were about 480 000 new cases of multidrug-resistant tuberculosis (MDR-TB), a form of tuberculosis that is resistant to the 2 most powerful anti-TB drugs. Only about a quarter of these (123 000 cases) were detected and reported. MDR-TB requires treatment courses that are much longer and less effective than those for non-resistant TB. Globally, only half of MDR-TB patients were successfully treated in 2014.

Among new TB cases in 2014, an estimated 3.3% were multidrug-resistant. The proportion is higher among people previously treated for TB, at 20%.

Extensively drug-resistant tuberculosis (XDR-TB), a form of tuberculosis that is resistant to at least 4 of the core anti-TB drugs, has been identified in 105 countries. An estimated 9.7% of people with MDR-TB have XDR-TB.

As of July 2016, resistance to the first-line treatment for P. falciparum malaria (artemisinin-based combination therapies, also known as ACTs) has been confirmed in 5 countries of the Greater Mekong subregion (Cambodia, the Lao People’s Democratic Republic, Myanmar, Thailand and Viet Nam). In most places, patients with artemisinin-resistant infections recover fully after treatment, provided that they are treated with an ACT containing an effective partner drug. However, along the Cambodia-Thailand border, P. falciparum has become resistant to almost all available antimalarial medicines, making treatment more challenging and requiring close monitoring. There is a real risk that multidrug resistance will soon emerge in other parts of the subregion as well.The spread of resistant strains to other parts of the world could pose a major public health challenge and jeopardize important recent gains in malaria control.

A "WHO Strategy for Malaria Elimination in the Greater Mekong subregion (2015-2030)" was endorsed by all 5 countries, as well as China.

In 2010, an estimated 7% of people starting antiretroviral therapy (ART) in developing countries had drug-resistant HIV. In developed countries, the same figure was 10–20%. Some countries have recently reported levels at or above 15% amongst those starting HIV treatment, and up to 40% among people re-starting treatment. This requires urgent attention.

Increasing levels of resistance have important economic implications as second and third-line regimens are 3 times and 18 times more expensive, respectively, than first-line drugs.

Since September 2015, WHO has recommended that everyone living with HIV start on antiretroviral treatment . Greater use of ART is expected to further increase ART resistance in all regions of the world. To maximize the long-term effectiveness of first-line ART regimens, and to ensure that people are taking the most effective regimen, it is essential to continue monitoring resistance and to minimize its further emergence and spread. In consultation with countries, partners and stakeholders, WHO is currently developing a new "Global Action Plan for HIV Drug Resistance (2017-2021)".

Antiviral drugs are important for treatment of epidemic and pandemic influenza. So far, virtually all influenza A viruses circulating in humans were resistant to one category of antiviral drugs – M2 Inhibitors (amantadine and rimantadine). However, the frequency of resistance to the neuraminidase inhibitor oseltamivir remains low (1-2%). Antiviral susceptibility is constantly monitored through the WHO Global Influenza Surveillance and Response System.

Greater innovation and investment are required in research and development of new antimicrobial medicines, vaccines, and diagnostic tools.

WHO is providing technical assistance to help countries develop their national action plans, and strengthen their health and surveillance systems so that they can prevent and manage antimicrobial resistance. It is collaborating with partners to strengthen the evidence base and develop new responses to this global threat.

WHO is working closely with the Food and Agriculture Organization of the United Nations (FAO) and the World Organisation for Animal Health (OIE) in a ‘One Health’ approach to promote best practices to avoid the emergence and spread of antibacterial resistance, including optimal use of antibiotics in both humans and animals.

A global action plan on antimicrobial resistance was adopted by Member States at the Sixty-eighth World Health Assembly and supported by the governing bodies of FAO and OIE in May and June 2015. The goal of the global action plan is to ensure, for as long as possible, continuity of successful treatment and prevention of infectious diseases with effective and safe medicines that are quality-assured, used in a responsible way, and accessible to all who need them.

Antibiotics are medicines used to prevent and treat bacterial infections. Antibiotic resistance occurs when bacteria change in response to the use of these medicines.

Bacteria, not humans or animals, become antibiotic-resistant. These bacteria may infect humans and animals, and the infections they cause are harder to treat than those caused by non-resistant bacteria.

The world urgently needs to change the way it prescribes and uses antibiotics. Even if new medicines are developed, without behaviour change, antibiotic resistance will remain a major threat. Behaviour changes must also include actions to reduce the spread of infections through vaccination, hand washing, practising safer sex, and good food hygiene.

Scope of the problem

Antibiotic resistance is rising to dangerously high levels in all parts of the world. New resistance mechanisms are emerging and spreading globally, threatening our ability to treat common infectious diseases. A growing list of infections – such as pneumonia, tuberculosis, blood poisoning and gonorrhoea – are becoming harder, and sometimes impossible, to treat as antibiotics become less effective.

Where antibiotics can be bought for human or animal use without a prescription, the emergence and spread of resistance is made worse. Similarly, in countries without standard treatment guidelines, antibiotics are often over-prescribed by health workers and veterinarians and over-used by the public.

Without urgent action, we are heading for a post-antibiotic era, in which common infections and minor injuries can once again kill.

Antibiotic resistance is accelerated by the misuse and overuse of antibiotics, as well as poor infection prevention and control. Steps can be taken at all levels of society to reduce the impact and limit the spread of resistance.

To prevent and control the spread of antibiotic resistance, individuals can:

To prevent and control the spread of antibiotic resistance, policy makers can:

To prevent and control the spread of antibiotic resistance, health professionals can:

To prevent and control the spread of antibiotic resistance, the health industry can:

To prevent and control the spread of antibiotic resistance, the agriculture sector can:

While there are some new antibiotics in development, none of them are expected to be effective against the most dangerous forms of antibiotic-resistant bacteria.

Given the ease and frequency with which people now travel, antibiotic resistance is a global problem, requiring efforts from all nations and many sectors.

When infections can no longer be treated by first-line antibiotics, more expensive medicines must be used. A longer duration of illness and treatment, often in hospitals, increases health care costs as well as the economic burden on families and societies.

Antibiotic resistance is putting the achievements of modern medicine at risk. Organ transplantations, chemotherapy and surgeries such as caesarean sections become much more dangerous without effective antibiotics for the prevention and treatment of infections.

The “Global action plan on antimicrobial resistance” has 5 strategic objectives:

Heads of State at the United Nations General Assembly in New York in September 2016 committed to taking a broad, coordinated approach to address the root causes of AMR across multiple sectors, especially human health, animal health and agriculture. Countries reaffirmed their commitment to develop national action plans on AMR, based on the global action plan. WHO is supporting Member States to develop their own national action plans to address antimicrobial resistance.

In response to the first objective of the global action plan, WHO is leading a global, multi-year campaign with the theme “Antibiotics: Handle with care”. The campaign was launched during the first World Antibiotic Awareness Week in November 2015.

END_OF_DOCUMENT_TOKEN_TO_BE_REPLACED 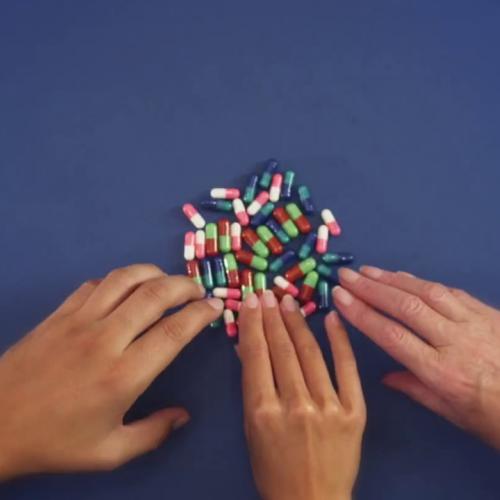